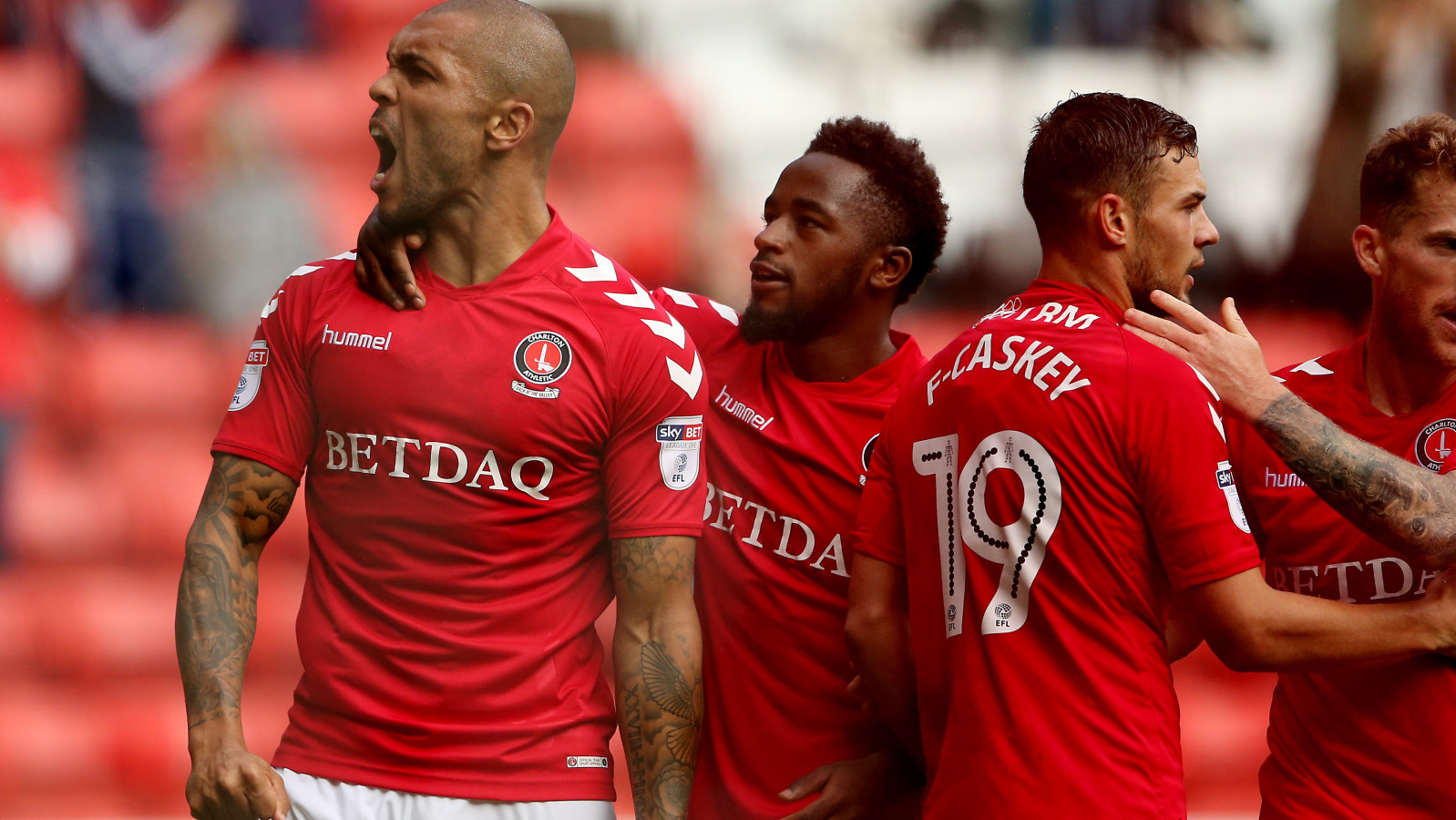 A delighted Karl Robinson was especially pleased with Charlton’s first goal in today’s 2-1 win over Southend United and described it as “the perfect coach’s goal”.

The goal came in the 65th minute and begun with a cross-field ball from Jay Dasilva to Chris Solly just inside the Charlton half. The full back played into Fosu but didn’t stop running. Fosu held the ball up allowing the Charlton captain to overlap. Fosu fed the ball back into Solly whose first-time cross was perfect for Magennis, rising quickly, to powerfully head home.

Robinson said: “That goal is the perfect coach’s goal. It doesn’t get any better. We worked on it all week, we knew (Michael) Kightly would play very narrow.

“We felt that in the build up to the game, because they play Kightly to the left, who is right-footed, a talented one, he sort of almost becomes like a second number 10. We spoke about our wide player being overly narrow when we are out of possession but we knew our first pass would always be in to Solls and we’d get a 2 vs. 1 in that area, so I’m really pleased. But the cross, the quality of the cross, it was there for big Josh Magennis.

“He must be on cloud nine. A new contract, two international goals, almost at Russia in the World Cup and three in three for us, so not bad on the back of a new contract is it?”

The highlights from today’s game will be on Valley Pass from shortly after 12midnight.

Season tickets are available from just £175. To get yours, click here.