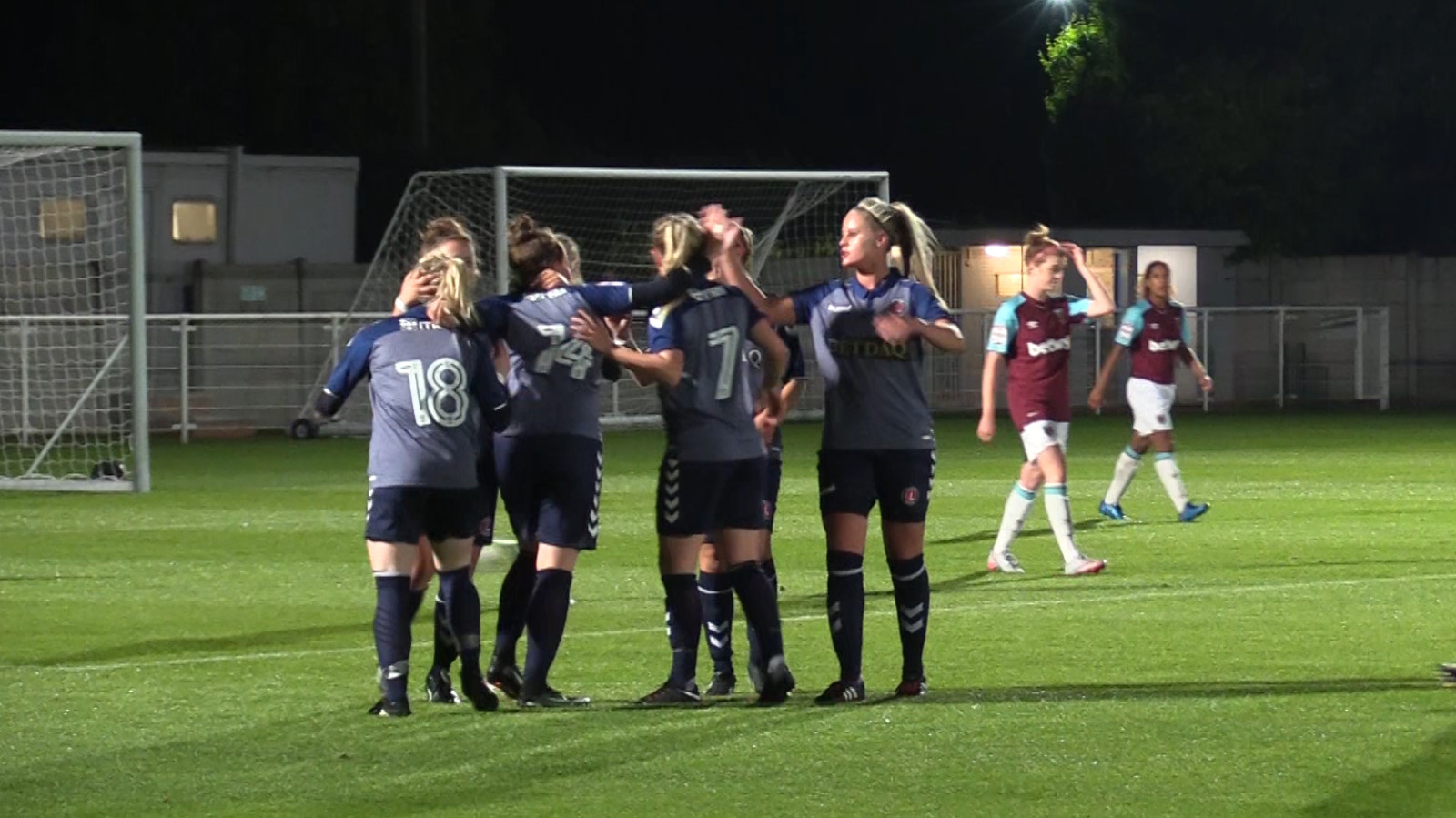 A dominant performance from the Charlton Women, saw them run out 6-0 winners against West Ham Ladies at Rush Green on Wednesday evening.

A double from Charley Clifford and one each from Nicole Pepper, Kit Graham, Georgia Griffin and Emma Sherwood made it a comfortable night for the women’s team.

The victory, combined with Crystal Palace’s first loss of the season away to Lewes, means the Addicks extend their lead at the top of the FA Women’s Premier League (FAWPL) South to five points. It also meant Women maintained their 100% win record so far this season.

Pepper, who joined late last season from FA Women’s Super League side Watford, made it the dream start, curling in from 20 yards out six minutes in after collecting a Charlotte Gurr free kick. It was her first goal in a Charlton shirt.

Kit Graham, who had seen a few chances go awry in the early stages, made it three goals for the Addicks just eight minutes before half time after converted an Ellie Dorey cross.

The first quarter of an hour of the second half was a more even affair, though West Ham still struggled to threaten their opponents’ goal. Clifford secured her brace on the hour mark, firing home from Gurr’s through ball to give the Women a 4-0 lead.

With just one minute of time remaining, Nash grabbed her second assist, feeding the ball in for Sherwood to score her first for Charlton as well.

Highlights of the fixture can be watched for free here, meanwhile Valley Pass subscribers can watch reaction from manager Riteesh Mishra and midfielder Nicole Pepper here.

The women’s team are back on home soil on Sunday as they host C&K Basildon at Sporting Club Thamesmead at 2pm.