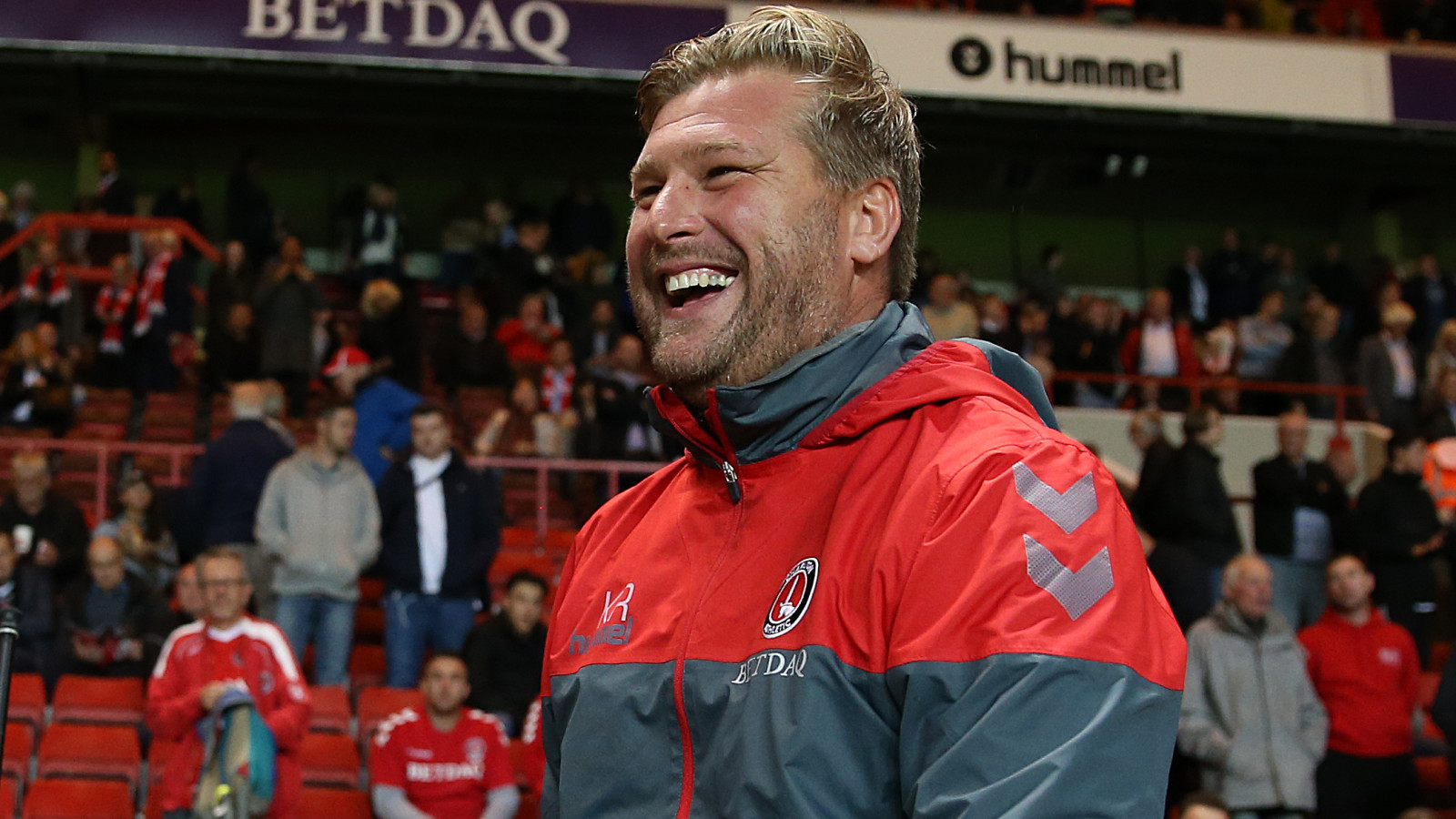 Karl Robinson spoke with the media on Thursday morning to look ahead to the weekend’s encounter against Bury at The Valley.

The Manager outlined that his side are confident of bouncing back, having been defeated in their last two matches after winning their previous four.

He also revealed that he has already picked his team for the match and gave an update on the fitness of summer signings Mark Marshall and Ben Reeves.

Below are four talking points from the Manager’s pre-match press conference, which you can also watch in full on Valley Pass by clicking here…

A determination to bounce back

“We’ve analysed our last two games in depth. We gave ourselves some time to allow that immediate emotion to fade and it is very clear why we didn’t get the results we wanted.

“Against Gillingham, their keeper got Man of the Match, so our finishing obviously needs to be better. It is as simple and classified as that. It wasn’t bad finishing from one individual, it was a number of us. We hit the target a lot but could not beat the goalkeeper and his 6ft 9in frame.”

No need to panic

“People are going to be frustrated because we lost away to Gillingham.

“We’re in a good place, we’re working hard. It’s a much better place than this time last year, so I think we need to just keep going and move forward.

“We’re a different and young team - we’re still learning. There were a lot of young players who took to the pitch against Gillingham. There’s no negativity around me.”

Changes to the side with Ricky Holmes suspended?

“The team is picked, so we know exactly what we are going to do. There won’t be too many surprises in the team as we don’t have too many players left!

“We have worked really hard and we are all ready to go.”

“There are three games between now and the Peterborough game but we have to make sure that they are both ready and raring to go. I am sure that Reevesy will play a part in some of those three games coming up.

“Mark could train for the first time tomorrow [Friday], if not Monday next week, to do some modified training. We break our training down into four parts and we’ll soon begin to integrate him back into that.

“With Ben, me putting him into a competitive game [against Exeter] so early was a bit stupid; it was an eagerness to get him into the team and I have to take responsibility for that.

“He’ll have to drop into some games now, maybe a couple with the U23s, and that is the same for Mark.”