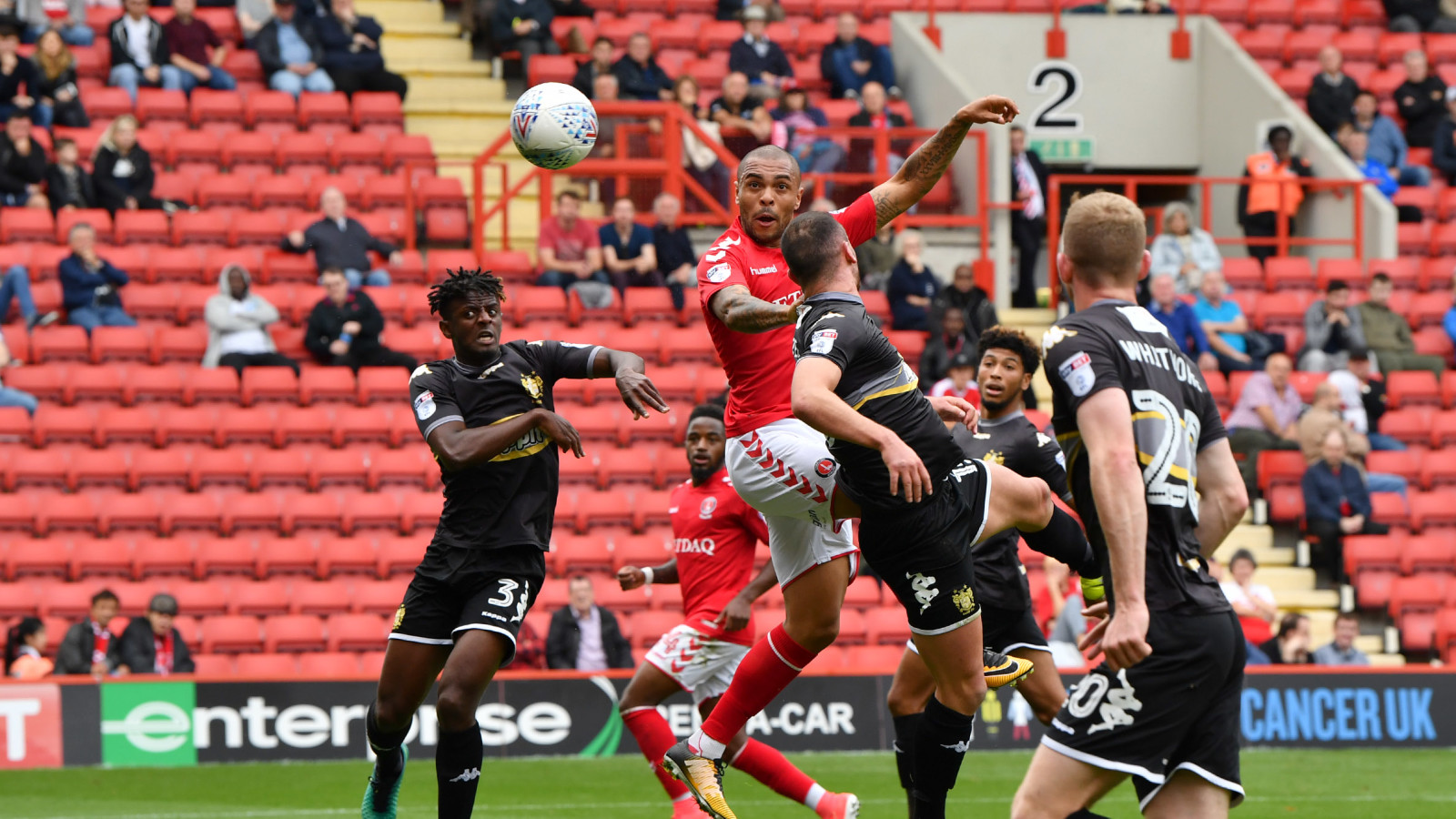 Charlton drew 1-1 with Bury at The Valley as a Josh Magennis header just before half-time cancelled out an early goal from Jermaine Beckford.

The visitors had the better of the first 20 minutes before the Addicks took control of the game, finishing the match with 19 shots at the Bury goal with eight on target.

Charlton, without the suspended Ricky Holmes, made one change, bringing Karlan Ahearne-Grant into the starting lineup.

In the sixth minute Bury had their first chance when Jay Dasilva was well placed to block a Michael Smith shot.

The Addicks first chance came just two minutes later. Billy Clarke made his way across the pitch and found Tariqe Fosu who cut inside and nearly picked out Jake Forster-Caskey with the ball going behind for a corner.

In the ninth minute Beckford gave Bury a lead hitting a curling right-footed effort from the edge of the area into the top corner of the net giving Ben Amos no chance.

Again Fosu was the provider in the 20th minute when he led a counter attack and found Karlan Ahearne-Grant but his shot was blocked.

On 26 minutes Ahearne-Grant got in behind the Bury defence on the right from a direct ball from Chris Solly. Bury keeper Joe Murphy was off his line quickly enough to close the angle and Ahearne-Grant’s shot looped over the crossbar.

In the 28th minute a rasping Josh Magennis shot on the turn from outside the area was gathered by Murphy.

Amos saved well to deny Chris Maguire from a similar position to Beckford’s goal. This effort wasn’t in the top corner though and the former United stopper was down quickly to get it away.

Charlton levelled in the 39th minute. After some incredibly patient play from Charlton down the left that included Dasilva, Fosu, Ahearne-Grant and Clarke, the ball found its way to Forster-Caskey whose left-footed cross from deep was perfectly setup for Magennis who powered a header across the keeper in a fashion Charlton fans have become accustomed too.

In the 43rd minute an Ahearne-Grant effort from outside the area was deflected behind for a corner as the Addicks upped the tempo. Kashi crashed a shot from outside the box wide after the ball was cleared to him.

The Addicks didn’t want half-time as they continued to control the game but weren’t able to capitalise again before the break.

Fosu, who impressed in the first half, had Charlton’s first attempt on goal in the second half but blazed over from distance in the 48th minute. Two minutes later a Forster-Caskey shot from range went over.

With Charlton still on top Beckford again forced a saved in the 61st minute with Amos comfortably palming over a dipping effort.

At the other end some high pressing from Fosu forced Murphy into a mistake. Magennis capitalised to steal the ball but his pass to Fosu was just ahead of the winger and again Murphy was out well.

In the 70th minute Clarke cut in from the right on his stronger left foot and hit a shot from 25 yards that was deflected and caused Murphy problems, the keeper back peddled and did well to tip around the post.

A neat pass from Clarke in the 76th minute found Forster-Caskey whose cutback across goal to Magennis was impressively cleared by the Bury defence.

Murphy made a great save on 77 minutes when Forster-Caskey met a Dasilva cross with a powerful header. An inch either side of the stopper and it might have been the game winner.

Bury’s fouling was persistent and after another foul on Konsa a Forster-Caskey free kick was headed wide by Bauer.

In stoppage time Murphy had to be at full stretch to deny Magennis from a cross from Solly from deep. Bauer’s header from the following corner went over and shortly afterwards the game ended 1-1.