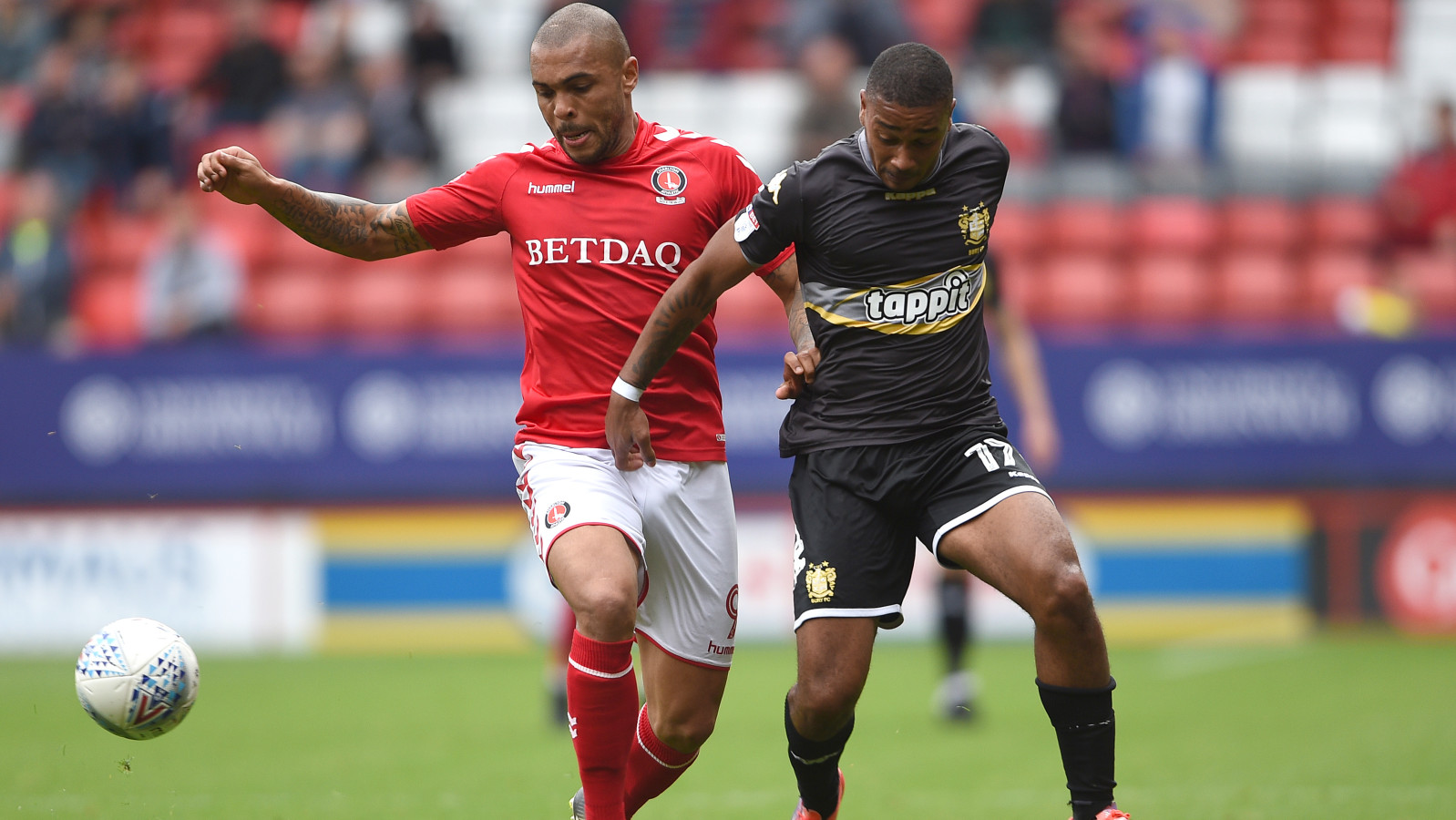 Josh Magennis insists that he and his teammates are staying positive, despite recording a couple of frustrating results in recent weeks.

Charlton stormed up to second in the Sky Bet League One table at the beginning of September after winning four matches in a row.

In their three games since then, they have not picked up the points that their performances have warranted and Magennis, who made it four league goals for the season in Saturday’s 1-1 draw against Bury, says that the Addicks and confident that they’ll soon be back amongst the wins.

“We’re disappointed that we’re not winning, of course, but we can’t be too dismayed because we are making those chances,” the Northern Irishman said.

“Goalkeepers are just pulling off the saves at the moment and we need to make sure that we hit the net.

“It’s human nature to get frustrated. But we have got to stay positive and need to realise that we are not playing badly, but that we’re just not taking the chance that are coming our way.

“Keepers are having great games against us and we’re not getting the luck. I’m sure that later on in the season, and hopefully at Walsall on Tuesday, that the luck will turn and we’ll be back on that winning streak.”

On a personal level, Magennis has enjoyed an impressive start to 2017/18 having scored six goals in nine starts for club and country.

He is pleased with how things have gone so far but says team success is his main drive.

He said: “I always knew with the signings the gaffer made that they’d create chances for me. I just have to be patient and make sure when they come I try my best to score and on Saturday, thank God, another one went in. It’s good to be back on the scoresheet.

“It would be fantastic to score every week but the main focus for us is getting promoted. If I score a limited amount of goals but we get up, it doesn’t matter. The bigger picture is the club.”