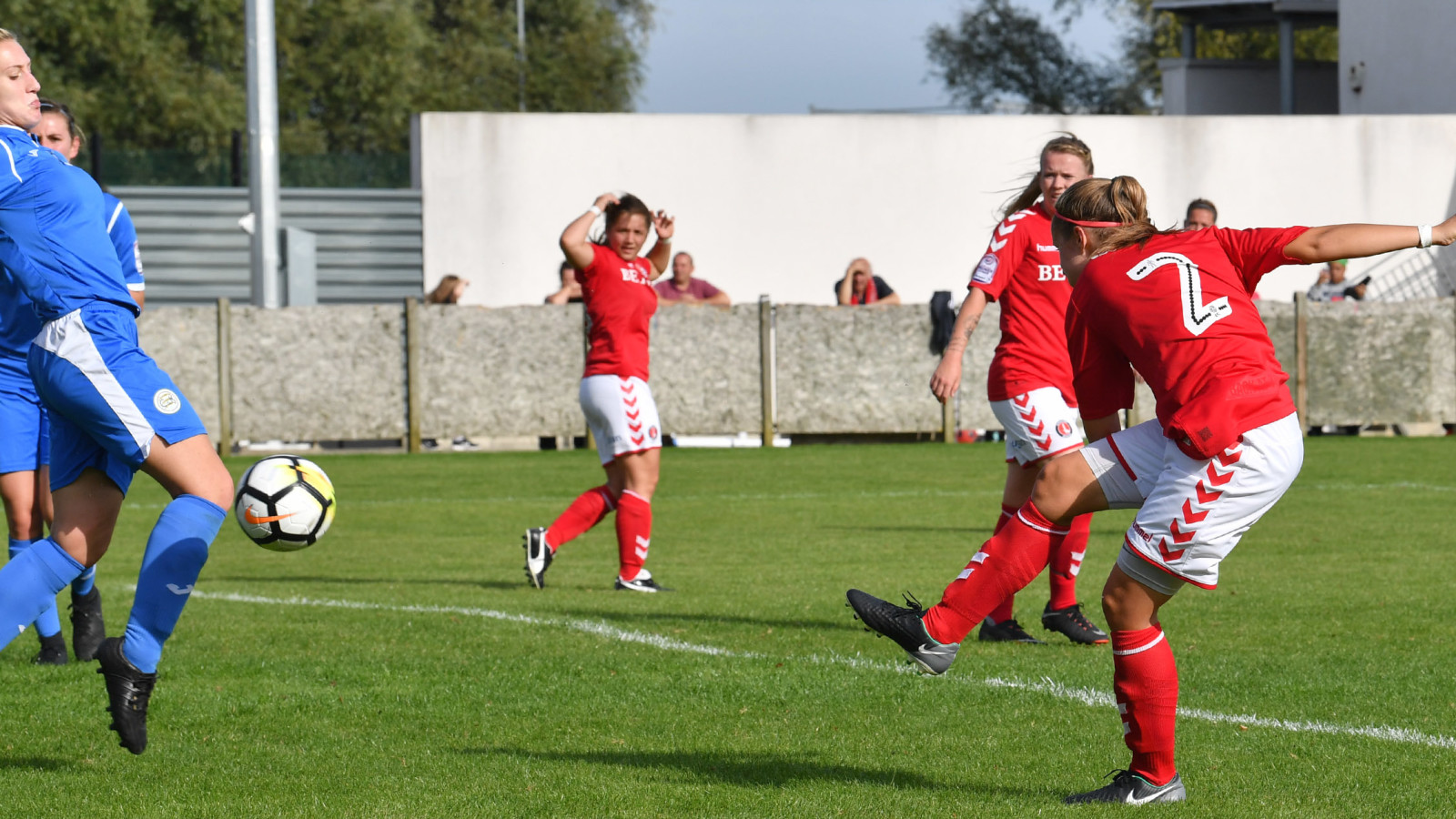 It was a pulsating encounter that was fairly comfortably settled through strikes from Kit Graham, Charlotte Gurr, Katie Flack and Emma Sherwood, before Angela Addison pulled a consolation goal back for Basildon.

The win continues the women’s team’s 100 per cent record and extends their lead at the top of the FA Women’s Premier League (FAWPL) South to five points.

Head coach Riteesh Mishra elected to pick an unchanged side from the one that thrashed West Ham 6-0 on Wednesday, with Charley Clifford making her 200th appearance for the women Addicks.

Charlton found their rhythm 10 minutes into the contest, Gurr whipped in an excellent cross that an unmarked Graham somehow could only head at Nikita Runnacles. Ellie Dorey was then extremely unfortunate to see her superb long-range effort crash against the crossbar and fall to safety.

Startup then saved from Rushen from an Amy Nash free-kick before Basildon saw a goal disallowed from the resulting corner after a foul on Charlton’s England under 19 international stopper. Charlton went straight down the other end and opened the scoring.

A cutting through ball from Gurr in midfield found Ellie Dorey out wide on the left. The winger cut inside the box and saw her shot blocked but the ball popped up invitingly for Graham to nod home from five yards out.

With five minutes of the first half remaining, the hosts doubled their advantage. Dorey found Gurr, who tried to square. Her ball was blocked but, again, the rebound fell kindly and she was on hand to slide home.

A bit of a lull for Charlton saw the visitors pile on some pressure of their own after that. Sullivan again denied them, this time Addison, before Gurr slid in and fouled a Basildon player in the penalty area to give away a spot-kick.

Rushen stepped up and fired straight down the middle, but Startup’s strong hand pushed the attempt from danger and Nash followed up to clear.

Clifford and Nash went close then, but it was defender Flack who made Basildon pay. Dorey passed to Graham who saw her shot hit the post. Flack followed up but her initial effort was saved; she was not to be denied a second time and stroked past Runnacles for three.

It was down to substitute Emma Sherwood to score her second goal in two matches, four minutes after taking to the field of play when the ball bounced loose in the penalty area and the former West Ham striker made no mistake.

It looked like that might have been it, but Basildon managed to reduce the advantage with 12 minutes left when Addison stooped low to head home from two yards.

The final action of the game saw Ruby Southgate, another substitute, fouled inside the area. She stepped up to take the spot kick. It was a very good penalty but Runnacles made an equally impressive save.

Charlton make the long trip to Wales to take on Cardiff next Sunday as they look to preserve their winning record.

Highlights can be watched for free here on Valley Pass