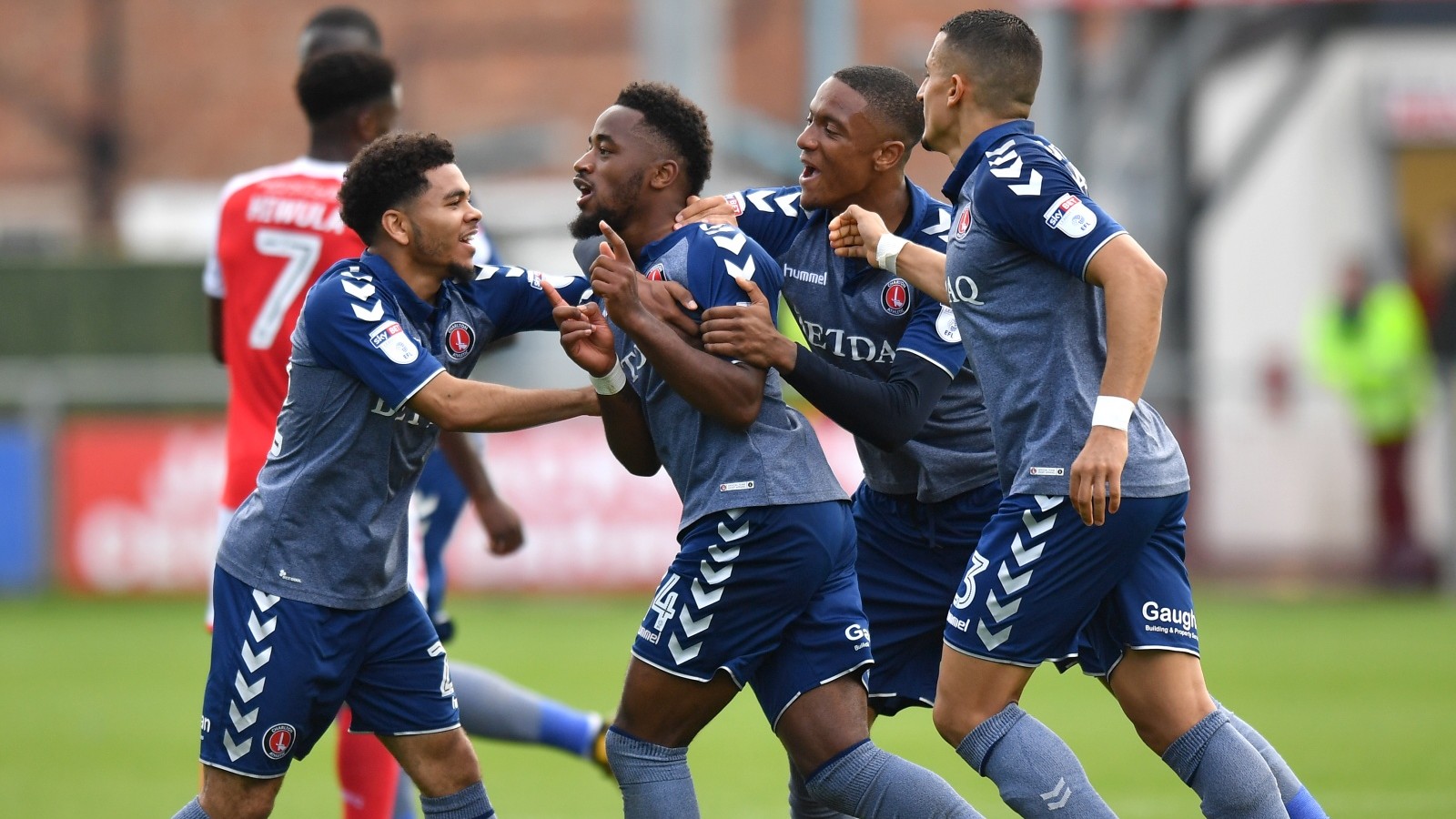 The wide-man, who also scored in Tuesday’s draw at Walsall, was on target twice in the first period, once either side of Bobby Grant’s equaliser for the Cod Army.

And he completed his treble in style after the break, finishing coolly having broken away from the hosts’ back-line.

The more-than-deserved victory got the Addicks back to winning ways and moves them up to fifth in the Sky Bet League One table.

In terms of team news, there were changes in the starting XI and on the bench.

Naby Sarr came into the line-up, replacing the injured Chris Solly, which saw the Frenchman slot in at centre-half, with Ezri Konsa shifting across to right-back.

Amongst the replacements there were welcome returns for Mark Marshall and Ben Reeves; the summer signings both fit again following injuries.

The game started cagily. Charlton enjoyed the majority of possession without creating anything, but that changed with 14 minutes played.

And when the Addicks’ first chance arrived, they took it. Billy Clarke pinched possession just inside the Fleetwood half and fed Ricky Holmes on the right. He cut the ball back onto his left foot and crossed to the far post where Fosu was well placed to glance a header home.

The goal made it two in two matches for the livewire winger and he almost found the net again three minutes later. After Konsa had crossed to the far post, he jinked away from his man and curled a shot just over.

Magennis latched onto a short back-pass from Nathan Pond shortly afterwards, only for home goalkeeper Alex Cairns to pluck the ball away from the Northern Irishman as he tried to round him, and the hosts then levelled.

Jordy Hiwula won possession off Jake Forster-Caskey inside the Charlton half as he tried to control the ball at an awkward height and then picked out Grant, who fired clinically beyond Ben Amos and into the far corner.

Amari’i Bell tested Amos with a dipping strike on 28 minutes that the stopper did well to push behind for a corner and, at the other end, Cairns saved equally as impressively from goalscorer Fosu.

Cairns excelled himself again on 37 minutes, diving to his left to flick a long-range Holmes strike over the bar and from the corner that followed the Charlton saw a volley well blocked by the Town back-line.

Charlton had got themselves back into the ascendancy and they made their dominance count five minutes before the break. Again, it was Fosu that got the goal.

He picked up a Holmes cross at the far post and, with plenty of work still to do, he used a couple of step-overs to make himself some space before driving a low strike into the bottom corner of the net.

It was a brilliant piece of skill from the 21-year-old and rewarded him for his fantastic first-half display.

A brilliant block from Bell prevented the returning Sarr from heading home the Addicks’ third just before the break and that proved to be the final action of the opening 45 minutes.

Charlton introduced summer signing Marshall on 50 minutes. He replaced his former Bradford City teammate Clarke, who had picked up an injury.

Hiwula shot over the bar for Fleetwood just before the hour, in what was the second period’s first chance, and the visitors then instantly responded by creating an opportunity of their own, but Magennis could only head into Cairns’ arms.

The Addicks made it 3-1 with 20 minutes to play and it was Fosu that got it, making him the 49th man to net a hat-trick for the club.

He broke clear, left Town centre-back Nathan Pond on his back-side by dropping his shoulder and then slotted underneath goalkeeper Cairns to complete his treble.

A great cross from substitute Ash Hunter presented Devante Cole with the chance to pull one back 10 minutes from time but he could only slash over.

Charlton’s hat-trick hero went off to a standing ovation a couple of minutes later when he was replaced by Reeves and the latter quickly got himself involved in the play.

He spread the ball wide to Holmes, who delivered a dangerous, low cross into the box that Pond almost diverted into his own net. The centre-back then did well to divert a Forster-Caskey centre away from danger, as three minutes of stoppage time were indicated.

It was almost four after 92 minutes when Forster-Caskey flicked a Magennis cross-shot into the net, only for the flag to be raised for offside, but the Addicks’ work had long since been done as they picked up three points in the north west.