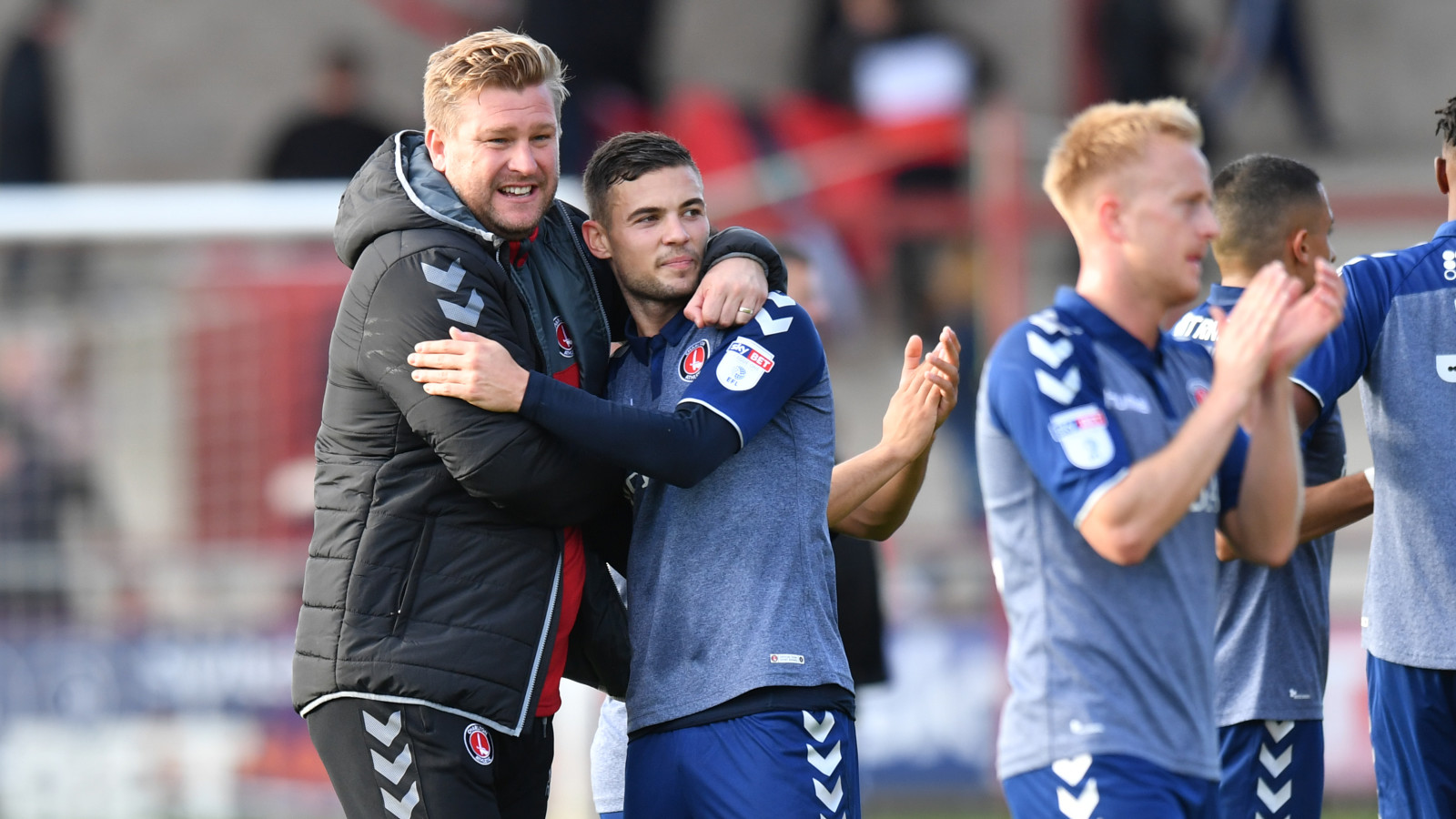 Karl Robinson dubbed the second-half of Charlton’s victory over Fleetwood Town “the perfect performance away from home.”

The Addicks earned a first win in five thanks to Tariqe Fosu’s classy hat-trick, going ahead in the 13th minute, only to be pegged back by Bobby Grant’s equaliser 12 minutes later.

But Fosu fired his side back in front before the break and rounded off his perfect treble with 19 minutes remaining, with the Londoners never looking in any danger of letting the points slip at Highbury Stadium.

Speaking to the assembled press after the 3-1 success, Robinson said: “That’s the first time they haven’t scored two goals at home, so we knew how much of a difficult test it would be, especially after some of our defensive frailties of late, but today we were very, very good.

“The whole team deserves a pat on the back today. They were all great.

“I though Jake and Kashi in midfield dominated that area and they had an extra player in there. We knew we had to be disciplined in the wide areas. I’ve watched four of Fleetwood’s games and Uwe Rosler is one of the best managers in the league.

“But we felt that we could get between them and once they went more defensive in the wide areas, if we kept our shape, we would have the legs and the energy to pick them off and it was the perfect second-half performance away from home.

“I was getting sick and tired of saying we played well, but didn’t take our chances, but today I can say that we played well and won.”

Meanwhile, Robinson was delighted for the hat-trick hero Fosu, who has now netted four goals in two games.

“I think it was a perfect hat-trick and he took them perfectly,” he explained.

“Tariqe was bought in here to be a squad player. With the quality we have, we knew we had a lot of top players at the club so we knew it was going to be hard for him to find his way in. But through injuries he got his chance and he’s exploited that.

“The worry previously was that we couldn’t sub him and that fatigue would set in. He lost a bit of energy, but today he got that back and he deserves it. He works so hard in training and he’s a great kid as well.