More to come from me and Charlton, says hat-trick hero Tariqe Fosu 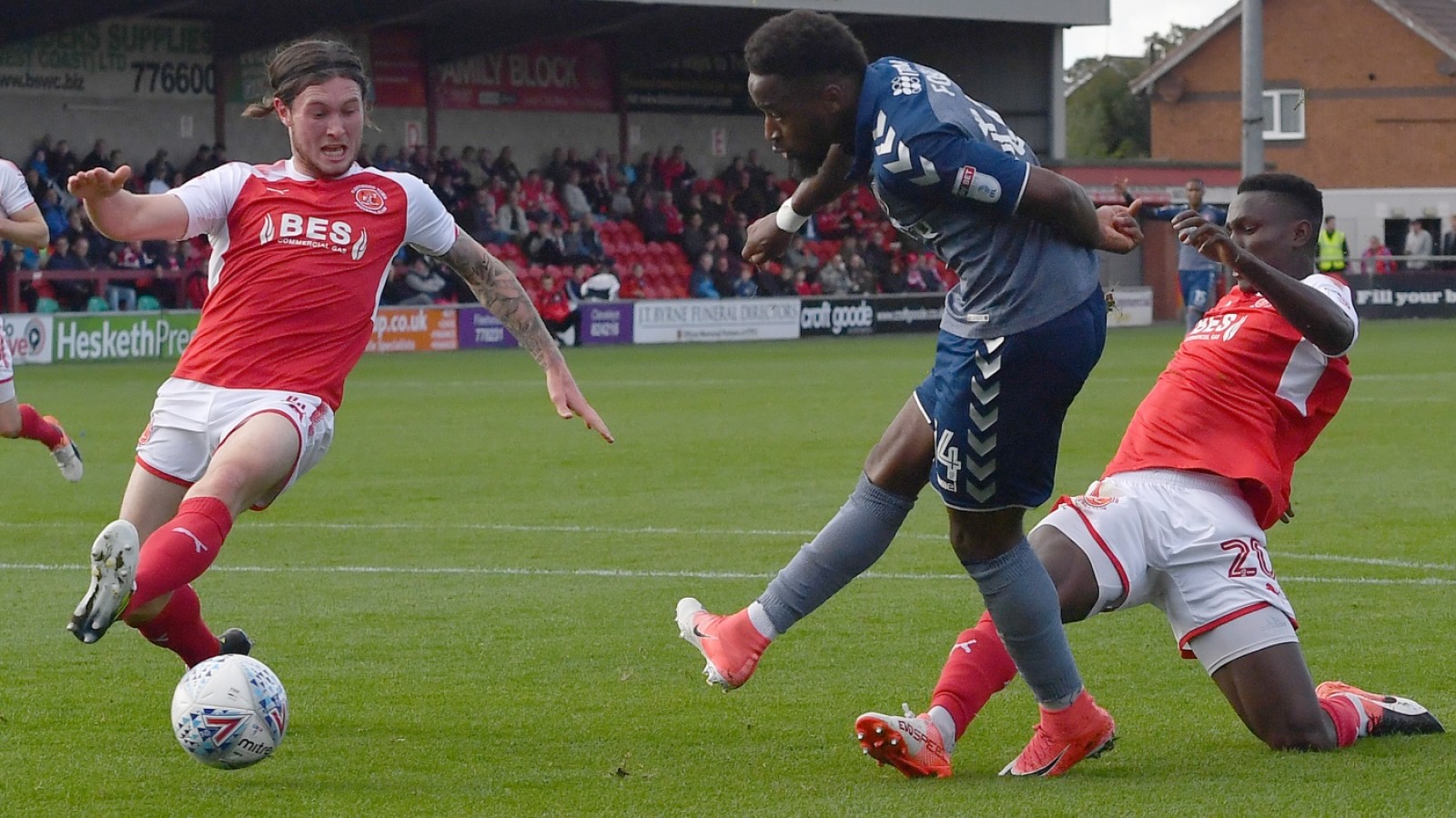 Tariqe Fosu was pleased with his hat-trick in Saturday’s 3-1 victory at Fleetwood Town, but believes there is more to come from him and Charlton.

The youngster was the star of the show in the north-west with a perfect hat-trick, featuring a goal each on his left and right foot, and one with his head.

Speaking afterwards, Fosu was delighted but now is focusing on the future, namely the aim of securing Championship football for the Addicks next season.

“I’m over the moon with the win,” he said. “It’s good to get three points away from home - that’s the main thing.

“We’re in a good place and can continue to build, but there is more to come. We’re aiming for the top two, and are definitely confident.”

Fosu added: “I’m delighted to help the team. The third goal was my favourite. I tried to stay up, get balanced and get it in.”

The hat-trick from Fosu has taken him to five goals this season, putting him top of the scoring charts for the Addicks so far this season.

The main himself did not even know this, such is his focus on the collective achievement.

He said: “I didn’t know I was our top-scorer; it’s all about helping the team for me.

“We’ve been confident and playing well. A few small things have let us down a bit but we’ve come here and won.”

Fosu admits playing regularly so far this season has been a pleasant surprise, as well as a difficult challenge.

The 21 year-old credits Manager Karl Robinson for instilling belief in him across the season so far.

Fosu said: “Karl is a top manager. He has been very positive and made me feel good and confident.

“I thought I’d start on the bench [this season] but obviously Marshy got injured, so it was just new for me starting from the beginning of this season.”

Fosu went on to credit his teammates for the help they’ve provided in his development across the opening quarter of this season.

“It was quite tough [playing regularly] but I work hard every day and the boys help a lot - there’s a lot of experience in the team.

“There’s always competition for places - Mark Marshall and Ben Reeves are good and experienced players. I learn a lot from them and try to add it to my game.”