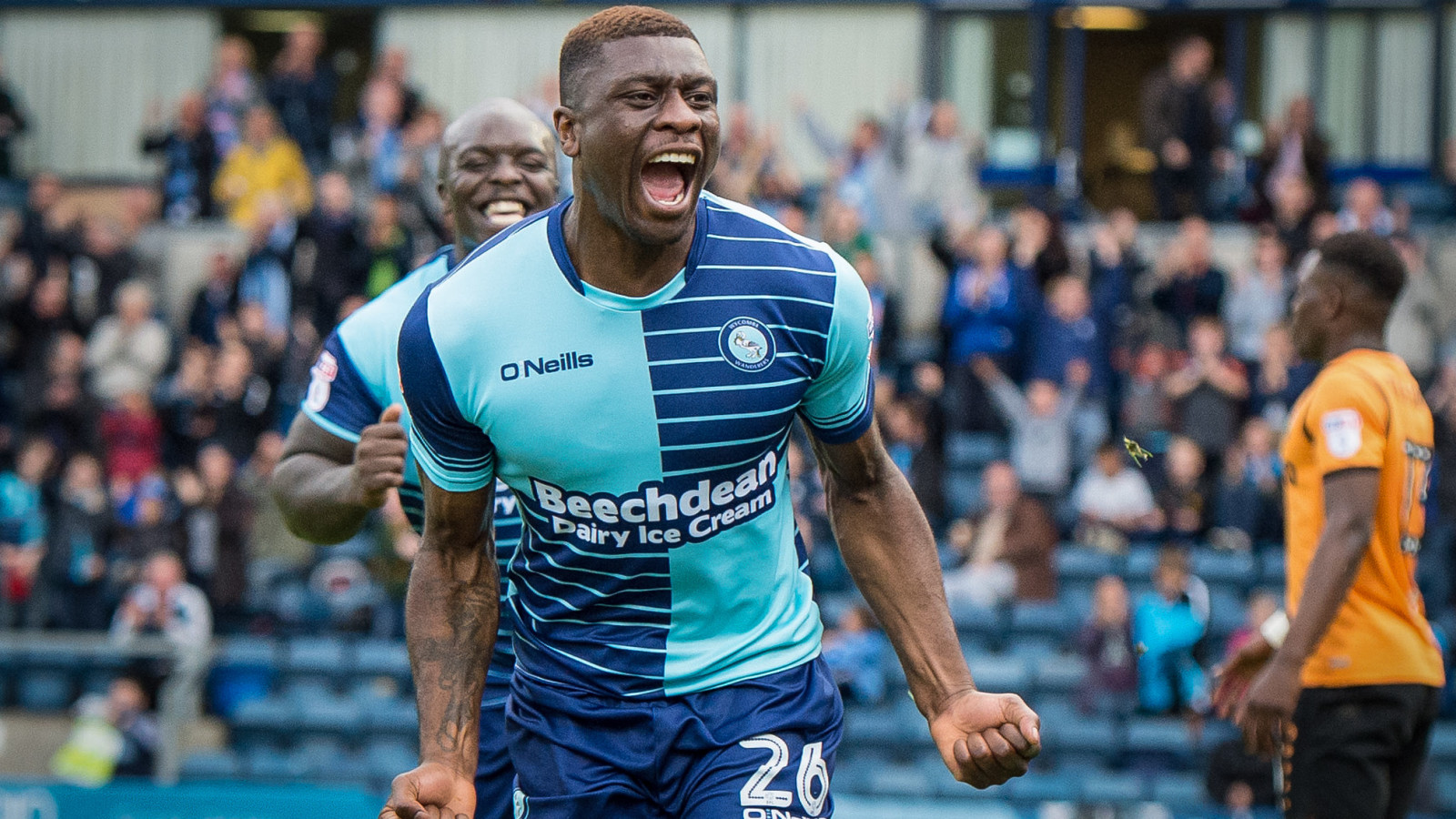 Umerah finished Adebayo Akinfenwa’s knock-down to get off the mark, and was unsurprisingly delighted.

He said: “It was a great feeling for me, the team, my family, everyone, so I’m over the moon.

"The team morale is high, everyone is buzzing with nine points this week, which is not easy to get in this league, so we're very happy.

"Everyone is scoring goals now, so spots are up for grabs and everyone will keep fighting to help the team.”

That win puts Wanderers seventh, and just inside the League Two play-off places, as the tables begins to take shape with nearly a quarter of the season gone.

21-year-old Umerah is next potentially in action on Saturday when the Chairboys travel to Cambridge United, before playing Exeter City at home the following Saturday.

Umerah was not involved for Wycombe when they recently won 2-1 at Colchester United, whose goal that day was scored by another Charlton loanee, Brandon Hanlan.

Hanlan now has two goals already for Colchester, and has started in their last three League Two games.

They picked up a 1-0 win at Yeovil Town on Saturday afternoon and the striker is set to be involved again when Colchester begin a run of three straight of home matches on Tuesday night, with Gillingham the visitors in the Checkatrade Trophy group stages.

Colchester currently sit 16th in League Two, with 12 points from 11 games so far.

Meanwhile, Regan Charles-Cook continues to impress in his temporary stay with Woking in the National League.

Across September, he made six league appearances for the Cards, scoring a brace in the 2-0 win over Sutton United.

Charles-Cook will be enjoying his fair share of travelling across the next few weeks, starting with a long trip to Chester on Tuesday night.

That is followed by a home game on Saturday against Dagenham & Redbridge, and then more away trips to face Bromley and Dover Athletic.