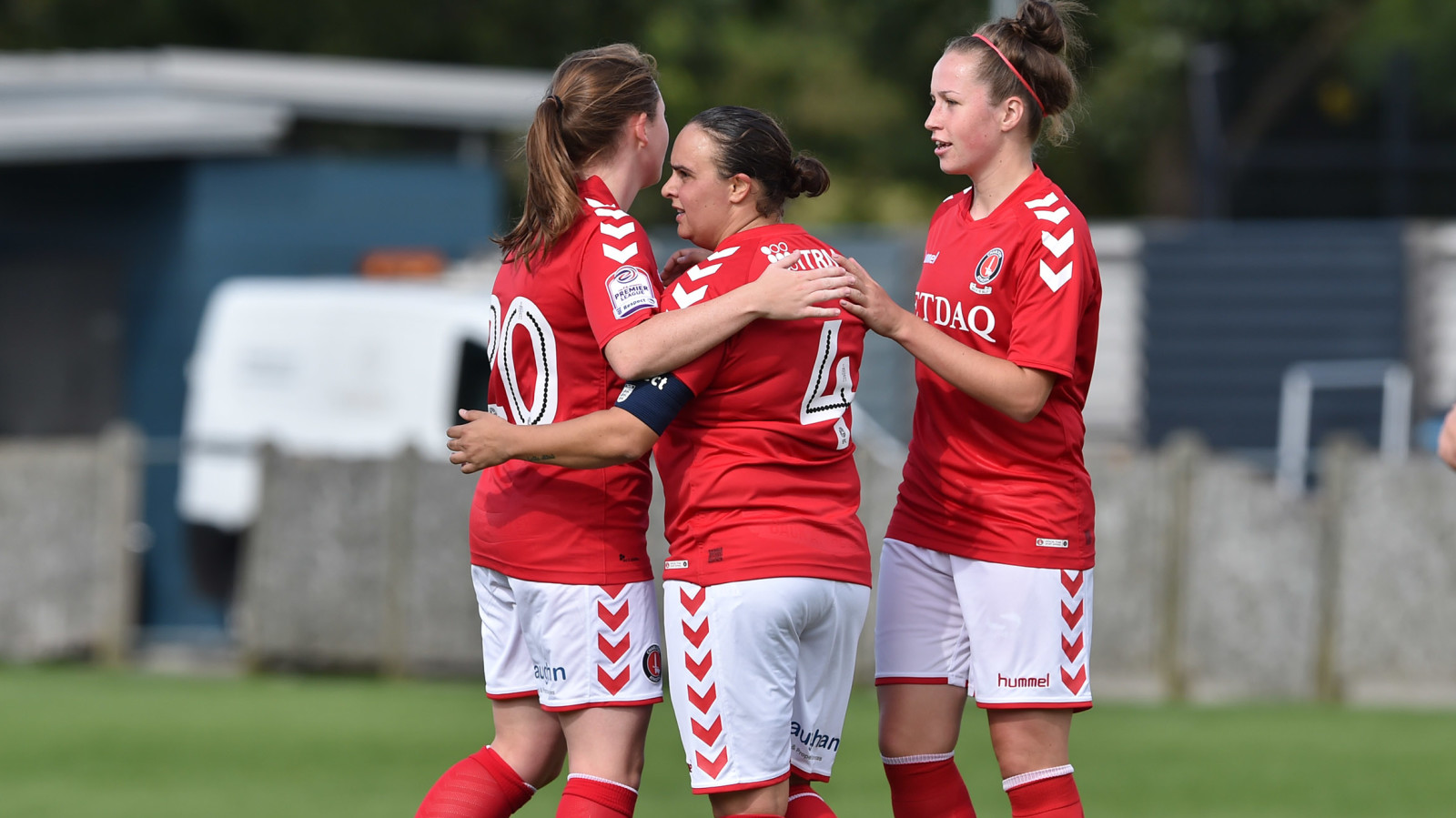 A first-half hat-trick of free-kicks from Charlotte Gurr helped the Charlton women’s team to prevail in a hard-fought 3-1 victory over Cardiff City at the CCB Centre for Sporting Excellence in Wales on Sunday.

The Addicks keep their five-point lead at the top of the FA Women’s Premier League South intact, despite not being at their fluent best and allowing the Welsh side back into the game just after half time.

Head coach Riteesh Mishra, who had recently been named as FAWPL Manager of the Month for September, elected to name an unchanged line-up to the one that beat Basildon 4-1 last weekend.

Despite a slightly sluggish start, they looked to have put the game to bed by the 33rd minute, thanks to a free-kick masterclass from Gurr, who had been named as Player of the Match for the previous two matches running.

The first two goals, on 14 and 21 minutes respectively, were carbon-copies of each other. The ever-dangerous Kit Graham was fouled twice just outside the area and Gurr curled the resulting set pieces home on both occasions.

The third, 12 minutes later, was slightly different in that it was winger Hope Nash that was fouled; the result was the same, though, and Gurr again aimed for the roof of the net and did not miss.

Having looked fairly comfortable, the visitors were expected to kick on and put the tie further to bed in the second half. Instead, though, the hosts pulled a goal back within two minutes of the second half through Chloe O’Connor.

While Charlton still had chances to put gloss on the result – Randall saved well from Graham and Ellie Dorey saw a shot cleared off the line – there were a few nervy moments in defence.

Charlton suffered a blow with 10 minutes remaining when Dorey was forced off with what looked a bad injury, leaving them to see out the final 10 minutes with 10 players having made all three subs.

Charlton are now seven-for-seven in the FAWPL South and sit five points clear of second-placed Lewes Women. Crystal Palace, sitting three points behind in third, and the visitors to Sporting Club Thamesmead on Sunday at 2pm in what promises to be a thrilling south-east London derby.

Highlights from the match are available to watch on Valley Pass