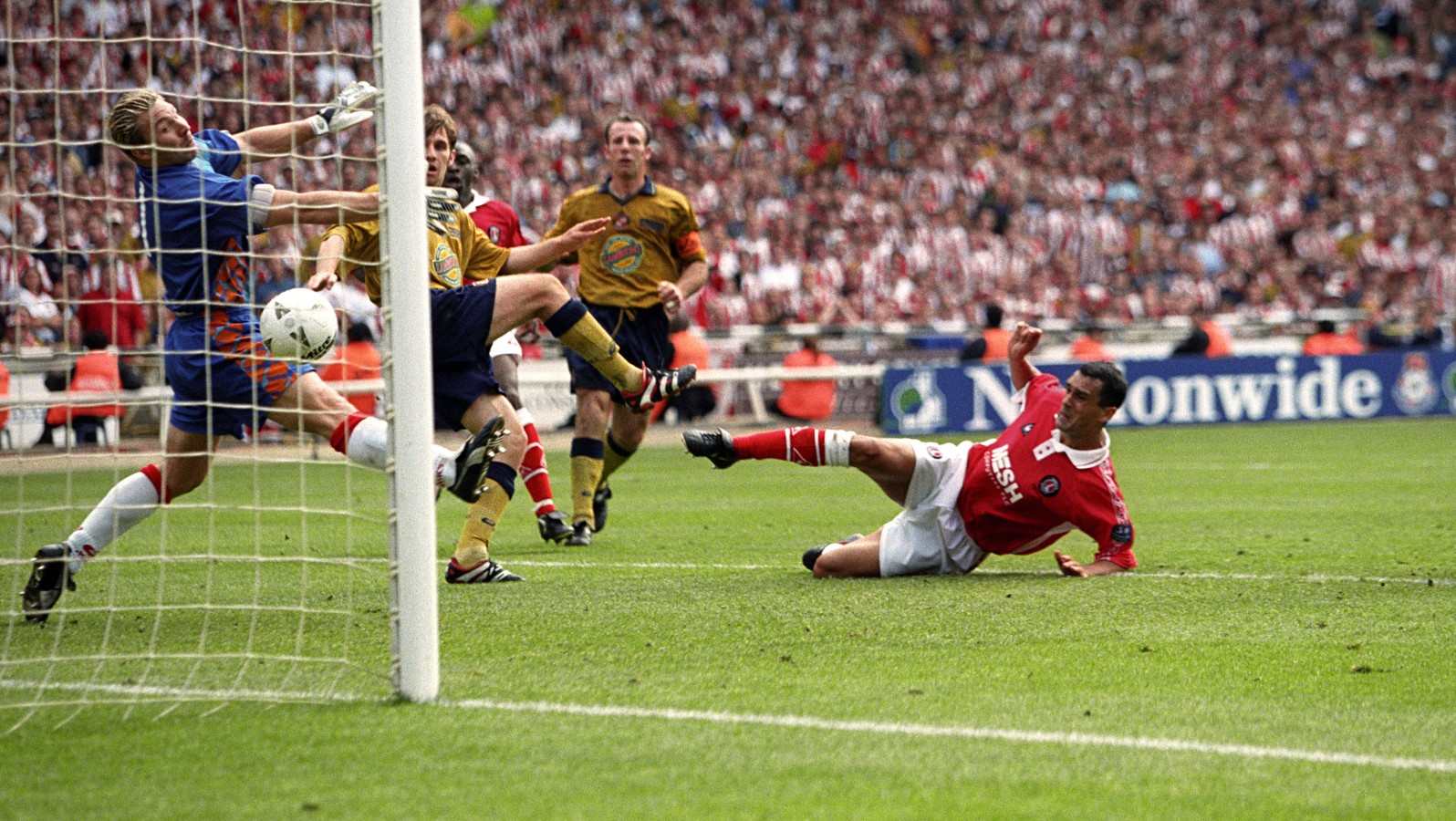 It's International Weekend but no worries we're here to help you get your Charlton fix. This weekend there is a free trial of Valley Pass, giving you full access to the in-depth Valley Pass archive.

You can find out more about the free weekend here.

The archive has highlights from all of Charlton’s most recent 1,194 competitive matches, so we've picked out five that might be of particular interest for you:

One of the most dramatic games at the old Wembley saw Charlton defeat Sunderland on penalties after a titanic tussle had ended 4-4.

After leading early on, the Addicks had to equalise three times just to take the game to penalties, with Clive Mendonca netting a famous hat-trick.

A highly-entertaining game twisted and turned, as Richard Rufus made it 3-3 in the 85th minute, and then Mendonca sealed his hat-trick in extra-time, levelling things at 4-4.

The Addicks were perfect in the penalty shootout, scoring all seven penalties, with the shoot-out being decided when Sasa Illic saved from Michael Gray, with the goalkeeper quickly disappearing beneath a crowd of excited bodies.

The full game is available to watch on Valley Pass

Big-spending Chelsea were blown away 4-2 at the Valley in a Boxing Day masterclass in 2003.

From when Hermann Hreidarsson headed Charlton in front inside the first minute, the home side dominated this festive encounter.

Matt Holland, Jonatan Johansson and Jason Euell all got themselves on the scoresheet, with the latter pair both netting earlier in the second-half to put Charlton 4-1 up.

It was the first season since Chelsea had been taken over by Roman Abrahmovich, and invested heavily into the side, but that day the Addicks were comfortable winners.

Charlton stunned a wasteful Arsenal with a famous 4-2 victory at Highbury.

Alan Curbishley admitted he wondered during the first-half if it was going to be a cricket score, but the gritty Addicks came in at the break 2-1 up.

That came thanks to an equaliser from Steve Brown, and a Richard Wright own goal, after Theirry Henry had given the home side the lead.

Goals from Claus Jensen and Jason Euell soon after the interval sent Charlton 4-1 clear, before Henry pulled one back.

Over 60 minutes of the Black Sabbath, as it became known, is available to view on Valley Pass

Charlton staged one of their greatest comebacks of the modern era to claim a point against defending Premier League champions Manchester United.

Charlton had led early on through home debutant Shaun Bartlett, who had already hit the crossbar, as the home side dominated the early exchanges.

They found themselves behind by the half-time oranges, though, as within a minute of Ryan Giggs being set up by Roy Keane, he then turned provider for Ole Gunnar Solskjaer for United.

After the break, Roy Keane put the Red Devils 3-1 up, but late on Charlton responded.

With the final ten minutes approaching, Bartlett grabbed a brace when heading past Raimond van der Gouw, and then with time running out the comeback was completed.

John Robinson turned in a corner that wasn’t convincingly cleared, helping the Addicks to claim a dramatic point and raise the roof off a jubilant Valley.

It doesn’t get much better than scoring two goals in five minutes during extra-time to ensure your top-flight status is retained.

That’s exactly what Peter Shirtliff did for the Addicks, as his brace saw off Leeds in what was then the Football League Second Division play-off Final.

The play-offs involved sides at the bottom of the First Division and the top of the Second, with Leeds chasing promotion and Charlton trying to survive.

This was as dramatic as it can get; a one-off game organised after the initial two-legged final ended 1-1.

Both teams had won their home match 1-0, meaning away goals counting double made no difference to things.

At the neutral venue of St Andrew’s, John Sheridan had puts Leeds ahead in the 99th minute, but Shirtliff’s brace in the 113th and 117th minute secured a stunning victory.