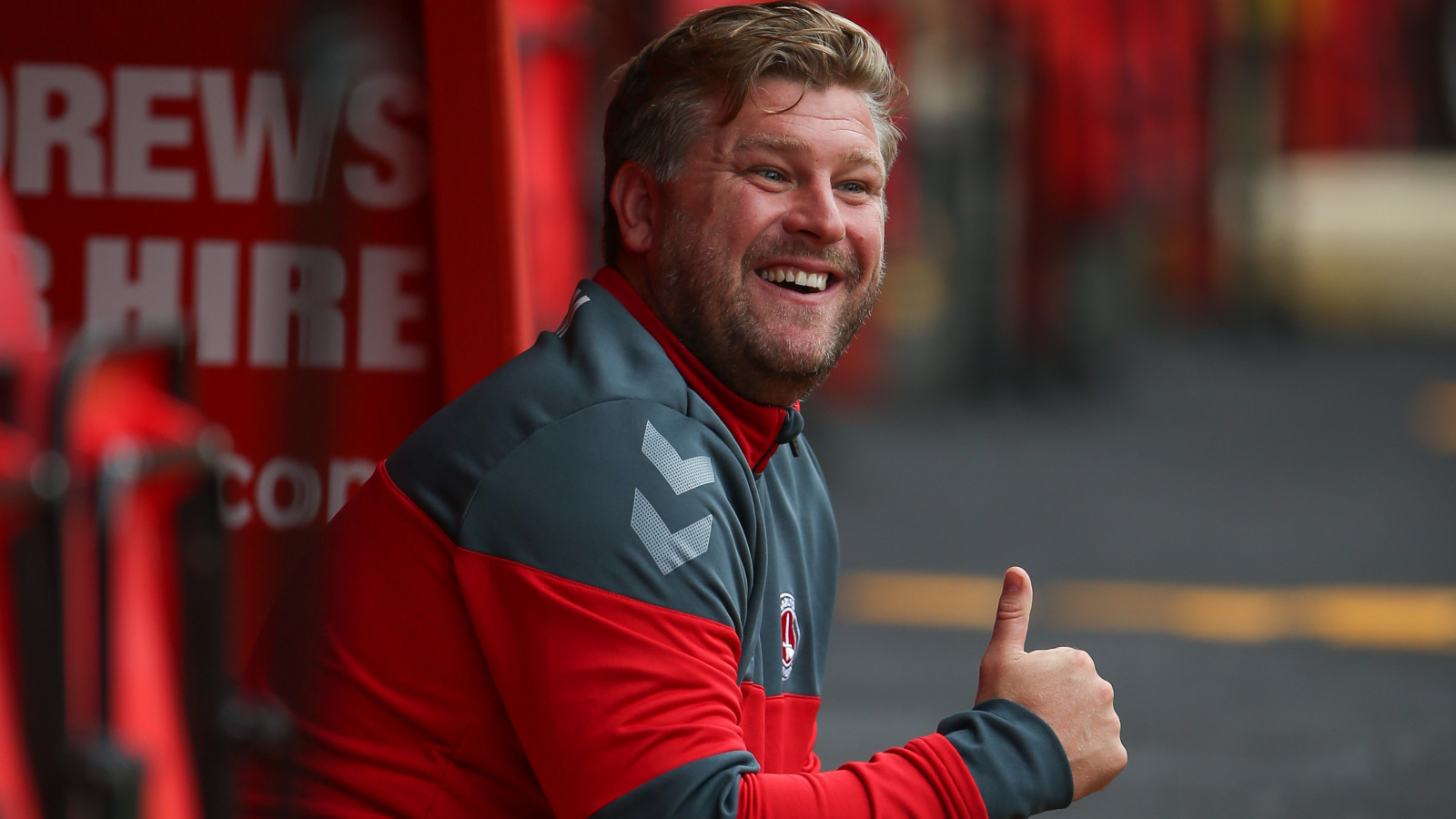 With today’s scheduled game against Peterborough postponed due to international call-ups two Charlton sides played a 60 minute match at The Valley this morning.

The red team ran out 3-1 winners over their opponents in blue but manager Karl Robinson explained the result was not important.

He said: “They’ve been off earlier in the week but everything we do is to periodise the week to play on a Saturday. This (Saturday) is our gameday, we should be ready to go.

“We’ve worked hard over the last couple of days and today’s the pinnacle where we’ve played 60 minutes and most of our players have covered over 8km and most of the players high intensity metres per minute is up there with what we’d ask them to do on a Saturday.

“Once they’ve finished off with a bit of running now we’d almost be what we’d complete over 80-85 minutes on a Saturday afternoon. The players' mentality has been excellent and these are the finer details from a physicality perspective and a mental perspective going into the game next week.”

The manager explained he had also taken the opportunity to give his players a deserved break.

The game provided the opportunity for Lewis Page to return to The Valley after a prolonged spell on the sidelines. The left-back played 40 minutes with the returning Ben Reeves and Mark Marshall also using the game to get minutes under their belt.

Robinson said of Page: “He didn’t push himself and was told to stay within himself and I think he could have done more but he’s still in that recovery mode. He’s still getting himself up to a level. He’ll play again on Monday which is great for him.

“Marshy completed the full 60 and the runs now. Reevesy completed 50 and that was exactly what we asked for. He was actually still the highest distance covered with 8.7km which is quite remarkable in a short period of time. All of the things that players had to hit today they’ve hit.”

Robinson was in good spirits and added: “Our injured players are getting fitter. Our internationals have had a great time, with England U20s winning 5-1 in Italy this week.

“The result wasn’t great for Josh (Magennis) but we’re so proud of him, scoring a goal against the world champions is something that he’ll never forget. That’s three in three he’s got for the international team, he’s got goals for us, we’ve certainly got a striker that’s in-form and we’ve got players behind our striker that are starting to hit form.

“Tariqe getting a hat-trick and Ricky getting Player of the Month, our players are really firing.

“Kashi and Jake starting to build a bigger relationship, our players who have been out injured, Nabby coming in and Ez coming in making a big difference to us and Solls will be back fit as well so we add him to the occasion, so we’re in a good place.”

You can watch Robinson’s interview and an interview on the returning Lewis Page on Valley Pass.

There is a free trial of Valley Pass this weekend, for more information click here.