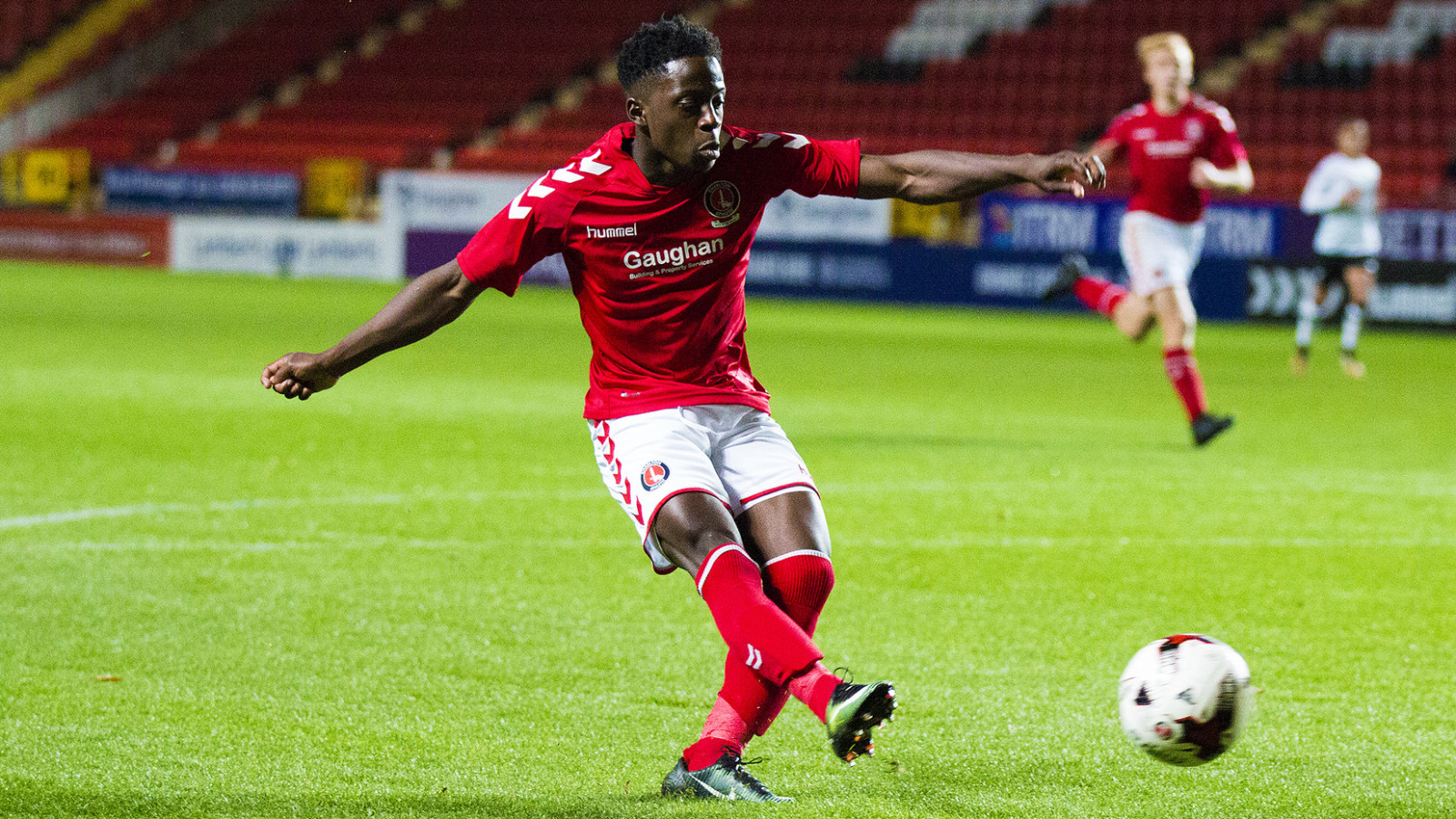 Goals from Karlan Ahearne-Grant and Terrique Anderson earned Charlton’s U23s a 2-0 victory over Watford at the DGS Marine Stadium on Monday afternoon.

After bossing the early possession statistics, Ahearne-Grant struck on 24 minutes with a well-placed effort to put Jason Euell’s side in front.

Anderson doubled the Addicks’ advantage seven minutes later, following some good work from George Lapslie – and after the break they defended well to see out their third league victory of 2017/18.

Watford forced the game’s first chance when Max Ryan headed over from a corner. The Addicks then came close with a flag-kick of their own on nine minutes when Taylor Maloney delivered in a dangerous centre but no-one in the middle was able to turn it home.

A good spell of Charlton possession ended with Aaron Barnes shooting wide midway through the first period and the Addicks would take the lead 60 seconds later.

Anderson bundled past his man on the right and found Ahearne-Grant, who side-stepped his marker before picking out the bottom corner with a precise finish.

Seven minutes later, it was 2-0. Charlton won possession deep in the Watford half and the tireless Lapslie cut the ball back to Anderson to slam home from close range.

Dillon Phillips made a good save after Dion Perriera burst through one-on-one for the Hornets and the visitors had the first shot of the second period when Randell Williams sent in a low strike that Phillips tipped behind.

Five minutes later, Phillips’ opposite number, Sam Howes, dived to his left to parry an Ahearne-Grant strike and shortly afterwards he kept out a Reeco Hackett-Fairchild shot with his legs.

Taylor Maloney thumped a long-range strike over the crossbar and, at the other end, Phillips pushed a fierce strike from Brice Djedje to safety.

Howes denied Anderson, who had been slipped in on goal by Lapslie, on 75 minutes and Watford’s Djedje then put the ball in someone’s back garden with a wayward shot.

A low Perriera cross missed everyone in the middle as the visitors continued to look for a late route back into the game but they were unable to break through Charlton’s rearguard.