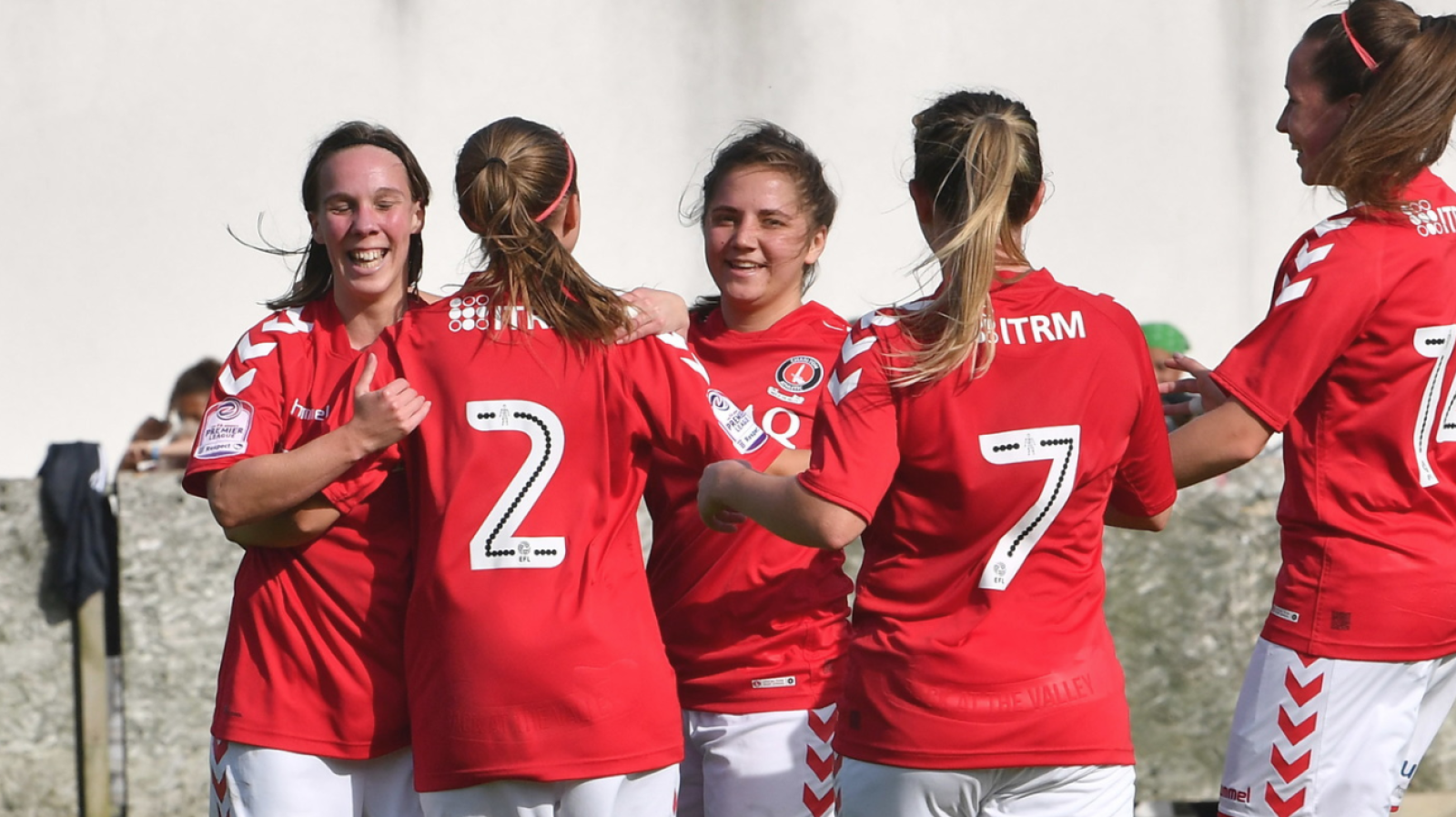 The Charlton women’s team will look to continue their perfect start to the FA Women’s Premier League South season on Wednesday night when they contest a second London derby in just a few days.

The Addicks made it eight wins from eight games by defeating Crystal Palace at the weekend and in midweek they take on West Ham United under the lights at The Valley (7.45pm).

Charlton season ticket holders and Valley Gold members can get entry to the game for £2, with general admission priced at £5 for adults and £2 for concessions. Please click here to purchase your tickets online.

Below, we’ve taken a look at some of Charlton’s keys players for supporters to look out for.

Arguably the best player in the FAWPL South, Kit Graham has been right at the very top of the leading goalscorer charts for a number of years. The 22-year-old has netted an impressive 158 goals in 179 appearances in the red and white in all competitions, having come through the youth ranks at the club and being given her debut by former boss Paul Mortimer just 16 days after her 16th birthday.

Her seven goals this term have come from seven games, four of which she’s been a second-half substitute in after beginning the season with an injury.

A former England under 15 international, Kit’s a strong, skilful – and not to mention prolific – striker. She uses her body well and is likely to be a constant thorn in the sides of every defence in the league.

Able to create something – usually a goal – out of nothing, that’s not always needed as the ammunition she gets from the likes of Ellie Dorey and co is more than sufficient.

Not only is she excellent in attack, she’s also the first line of defence at opposition corner kicks, able to leap highest to clear set-pieces before the ball enters the danger zone.

Kit’s goalscoring prowess is there for everyone to see and, in previous seasons, it’s probably fair to say she’s been by far the number one goal-getter in the side. However, this season no fewer than 11 different players have scored for Charlton, taking that burden off her shoulders.

The Addicks’ top scorer of this fledgling season is new signing Charlotte Gurr, who joined the club from Gillingham during the summer and has a wealth of experience in this league, including being a key part of Brighton & Hove Albion’s title and promotion-winning side of two years ago.

Charlotte can play in a number of attacking positions, though has been mostly deployed as an attacking central midfielder this term. Despite this, she’s managed to bag 10 goals in nine matches, including a hat-trick of free-kicks against Cardiff a fortnight ago.

Three times voted Player of the Match in the last five games, she controls a lot of the game from her position and a lot of Charlton’s attacking moves tend to go through her at some point. She’s also played in the FA Women’s Super League for Millwall Lionesses.

A front line of Charlotte, Kit, Dorey and Hope Nash has so far proven deadly – as Charlton’s 41 goals in nine games so far this campaign proves – and, as the season progresses, will hopefully prove more and more fruitful.

A former West Ham captain, centre back Rosey Sullivan joined Charlton back in 2013, but spent her first two years with the club in rehabilitation after suffering a pair of cruciate knee ligament injuries.

She made her long-awaited debut at the back-end of the 2015/16 season, during a 5-1 home win over Plymouth. Coming into last-term having played three games in three years and to end up as Player of the Year was an impressive feat on its own.

And, having been a used substitute for the first two matches of the current campaign, she’s certainly picked up where she left off - impressing throughout.

An intelligent reader of the game, Sullivan has demonstrated excellent timing when it comes to making tackles and has been at the heart of a defence that has conceded just twice in six matches when she has started.