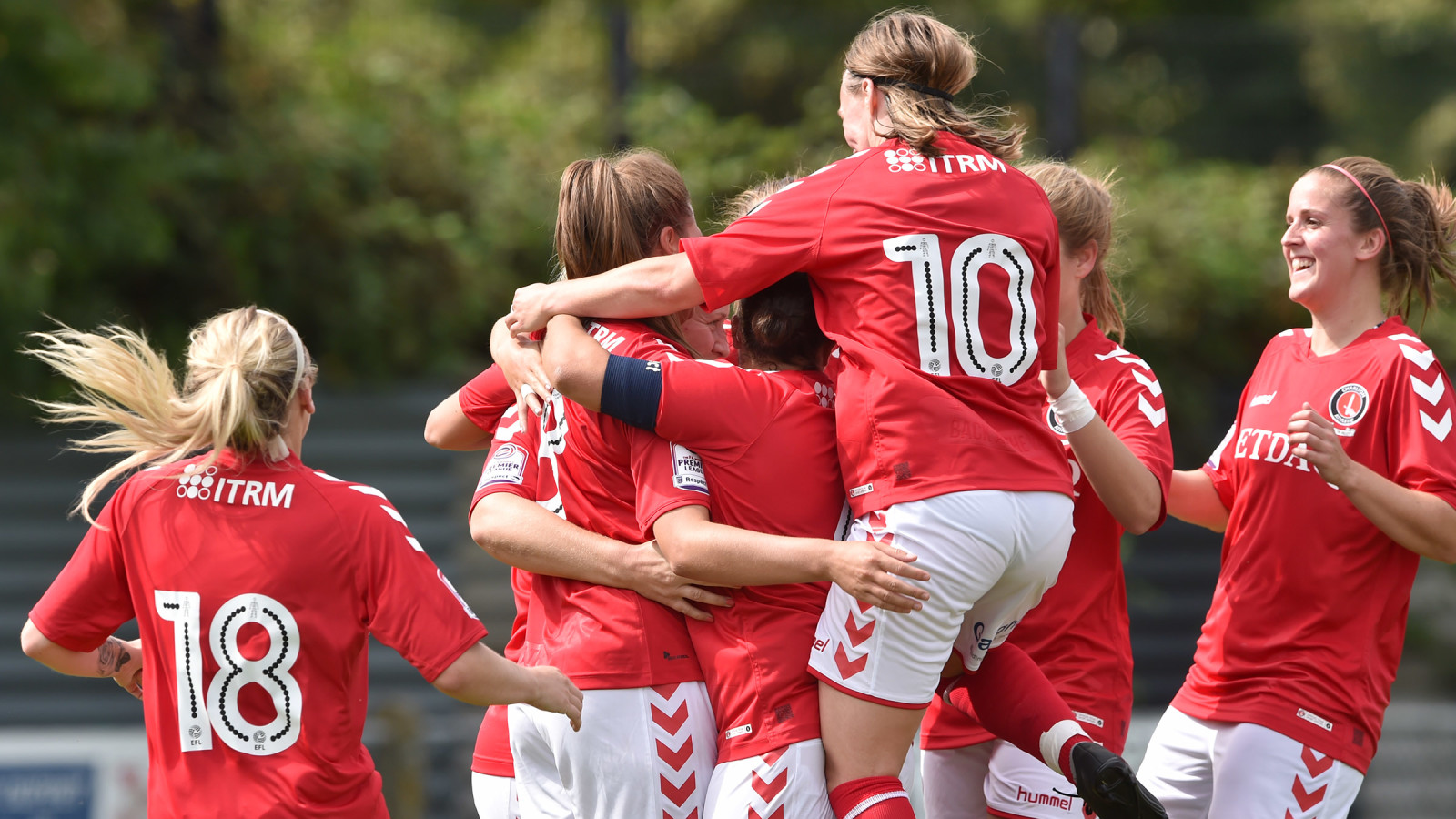 The Charlton women’s team might be riding high seven points clear at the top of the FA Women’s Premier League South and with a perfect record, but Head Coach Riteesh Mishra still sees plenty of areas for improvement.

The women’s team are gearing up for a London derby against West Ham United at The Valley on Wednesday night and come into it off the back of a “fantastic” 1-0 victory against third-placed Crystal Palace at the weekend, which took their league record to nine wins from nine matches.

First things first, Mishra said that win – a potential banana skin due to the rivalry between the pair – “felt like a big moment”. “Palace have assembled a strong squad who we knew would cause us problems,” he added.

“Both teams had chances to win the game and they probably feel hard done by with the result. I think the difference ultimately was the quality of Charlotte Gurr and her composure in front of goal.

“Our main priority was to win the game, which we managed to do and it was good to see the raw emotion from everyone at the end. With that comes confidence and a belief that we can continue our form.”

However, it was far from a vintage Charlton performance, especially in the first half.

Mishra said: “A combination of Palace starting well and us being very sloppy and timid meant that, if it wasn't for a few great saves from Katie Startup and some decent defending around the 18-yard line, we could count ourselves lucky to go in with it being level.

“But we addressed a few things individually and tactically at half time which paid off in the end. The players looked like different people in the second half and I think we became more dominant with our play and braver with the ball.”

And Mishra’s message to the players and staff was clear: “We have a lot to do and still a lot to improve and there is another game coming up which we need to focus on.”

The game in question will be the Hammers clash, an exciting occasion under the lights in SE7 against a team they have already thrashed 6-0 in the reverse fixture.

“This is kind of what you play for as a player and it's a privilege for me and the staff to be involved in it with the players,” he said.

“We are in decent form and have momentum with us so we won’t get a better opportunity to put on a show, go and entertain and prove we are worthy of playing on that stage.

“But strip all that away and it is another league fixture and three more points we need to get. I want us to go into the next week of cup fixtures with another win in the bank. That has to be our mind set for Wednesday.”