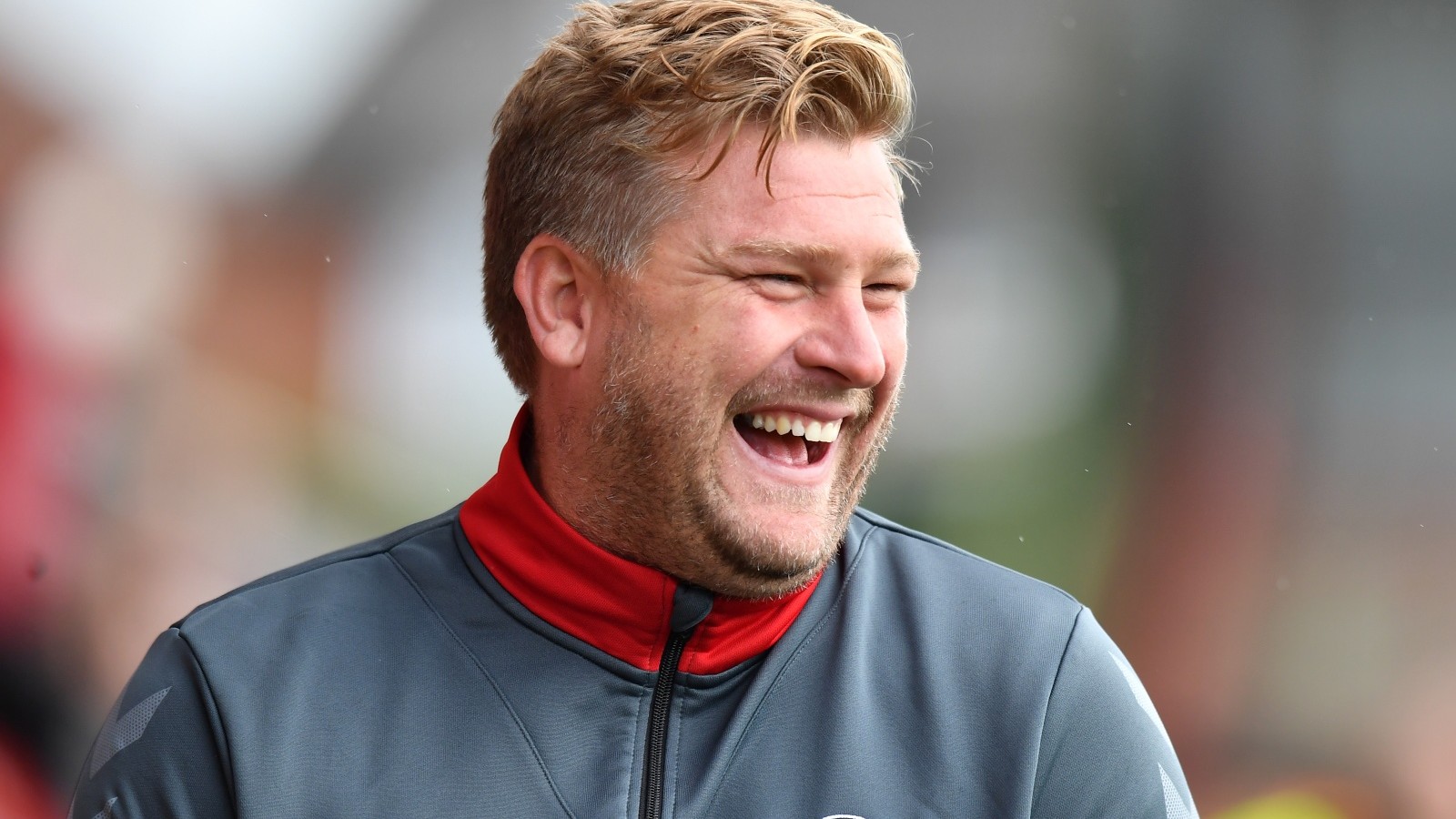 Karl Robinson sat down with the local media on Thursday morning to preview Charlton’s home fixture against Doncaster Rovers at The Valley.

The Manager, whose side have not had a match since beating Fleetwood Town a fortnight ago, was asked about a variety of topics.

As well as confirming that striker Leon Best was training with the club, he also discussed how his team will go about getting back into the swing of things following the international break, team news, Saturday’s opponents and the young Addicks that are currently out on loan.

Will finding momentum to be hard after two weeks off?

“No, we should find it. We have boxed off this game up until the AFC Wimbledon game when we then have another bit of a break; the FA Cup and the Checkatrade games.

“We’re using the next batch of four games as a buck-end and know what we have to achieve in them.

“Training has been brilliant and we have prepared really well heading into Saturday. We have really enjoyed ourselves and really worked hard.

“The game we played behind closed doors [last Saturday] was up there with the intensity we expect in a competitive game and on Monday and Tuesday the players worked really, really hard again.”

“Chris Solly will probably be back. Clarkey will be back after having to come off against Fleetwood. Marshy and Reevesy are seven days fitter and we just have to wait and see with a couple of others.

“The international boys - Josh, Ezri and Jay - come back in today [Thursday] and we will have to see where their levels are at. I’ve not made a decision on the team yet because we need to see where they are at.”

What to expect from Donny

“I’ve played against Darren over a number of years and when I was at MK and he was at Peterborough that was a bit of a rivalry. He is someone I have tremendous respect for and I think he is a very good manager and the humility and everything about him is reflected in his team.

“They are honest, are organised, they can be exciting when they want to be and have got one of the hottest strikers from League Two last season.

“They’ve also got legs and players that have ‘been there, seen it, done it’. They can drop into a number of different formations, which shows the strength of the coaching.

“We know it’s going to be a very difficult afternoon but I’m never going to speak to the press and say that Saturday is going to be easy.”

Lewis Page on his way back

“He’s back in full training. We’re hoping he’s going to start on Monday against QPR at The Valley in the U23s game.

“He played 45 minutes last Saturday, so it’s just about us getting that right now. He’s been out for a long time.

“He’s a really good kid. I need to be fair to his rehabilitation. He’s another player to add to the squad, we've now got two left-backs. So ,we’re back up and running in that area.

“When Jay Dasilva goes on international duty, we’ll have a left-back already in the building. It’s really positive and it’s where we want to be with two players in each position.”

“If Josh Umerah keeps scoring goals, if he’s up there with the leading goalscorers in League Two, we’d be stupid not to use him.

“Our Head of Welfare Joe Francis went down with our Head of Recruitment Steve Gallen and spent a day with him. He did a progress report and Josh was happy. Gareth Ainsworth was happy.

“I know players there, I know Adebayo Akinfenwa very well. I’ve been speaking to him constantly and I know he’s been looking after him. And that’s one person you do want looking after you - I think Bayo Akinfenwa is the best bodyguard you can have in the Football League! He’ll keep Josh’s feet firmly on the ground. We’re really pleased with him.

“Brandon Hanlan is scoring goals with Colchester, as well. So, the loans have been important.

“We could've been selfish and kept them around for 10 minutes here, 15 minutes there, but we were proved right that these minutes are important for their development.”