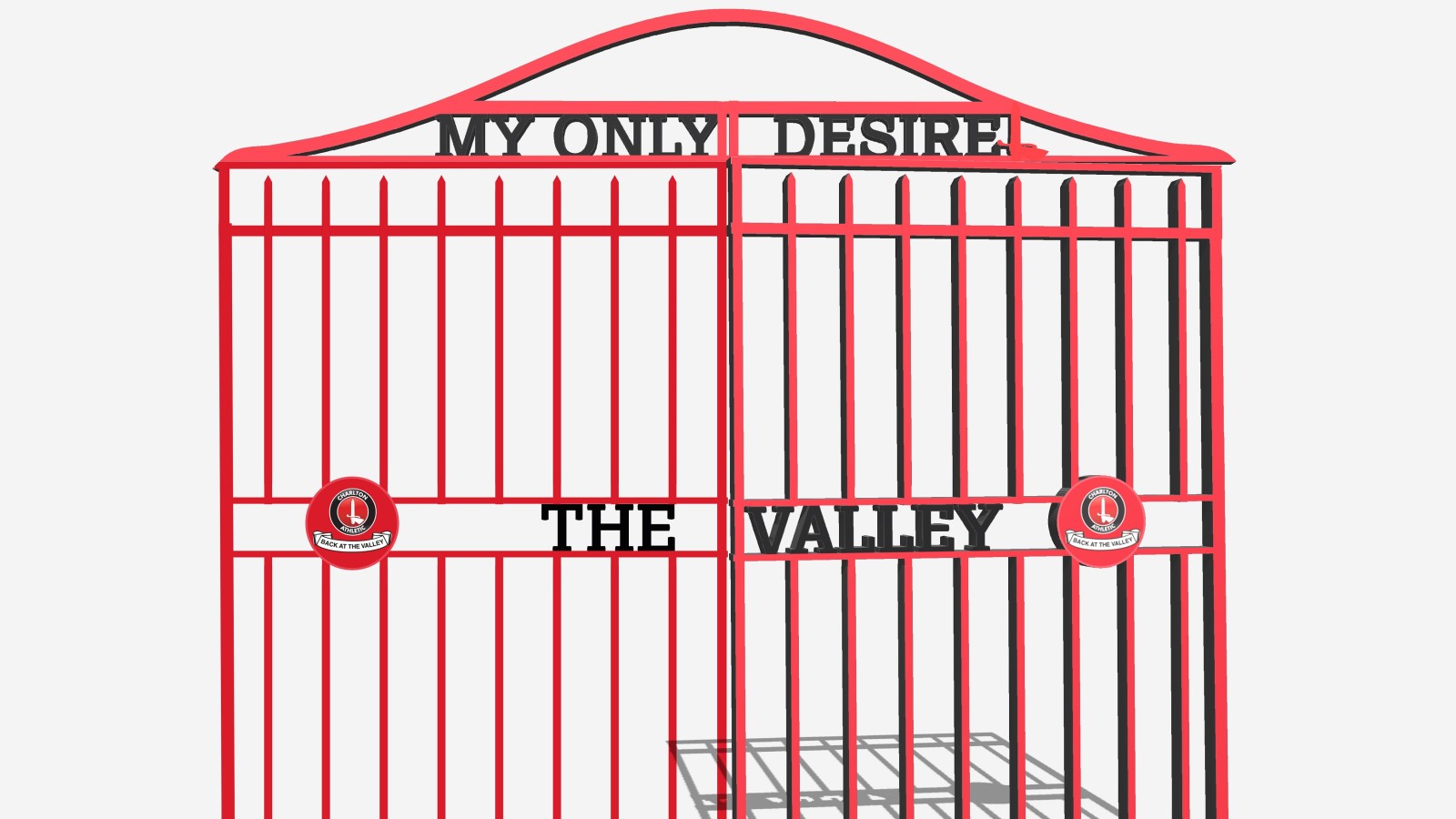 Charlton Athletic have begun consultation with fans on a new gate as part of the celebrations of the club’s 25th anniversary of our return to The Valley.

The idea for the gate development came from conversations with club staff and the 25th Anniversary Committee, with the aim of having a permanent feature to pay tribute to the club’s historic return to The Valley.

The consultation began on Monday when the club contacted representatives of the Fans Forum to ask for feedback on initial designs after the topic was initially raised at the last Fans' Forum meeting in September.

On the request of fans, the process has now been extended and supporters are asked to submit any feedback on the gate designs to fans@cafc.co.uk by a new deadline of Friday, October 20th. You can see the initial designs below and thoughts are welcome on both the wording of the text and the design.

From there, the initial designs will be adjusted based on the fan feedback and presented, for review, to a working group of fan representatives ahead of the AFC Wimbledon game on Saturday, October 28th in a similar process to the kit consultations on this and next season’s kit which took place alongside hummel.