Charlton and GAME team up in expanded Family Activity Zone 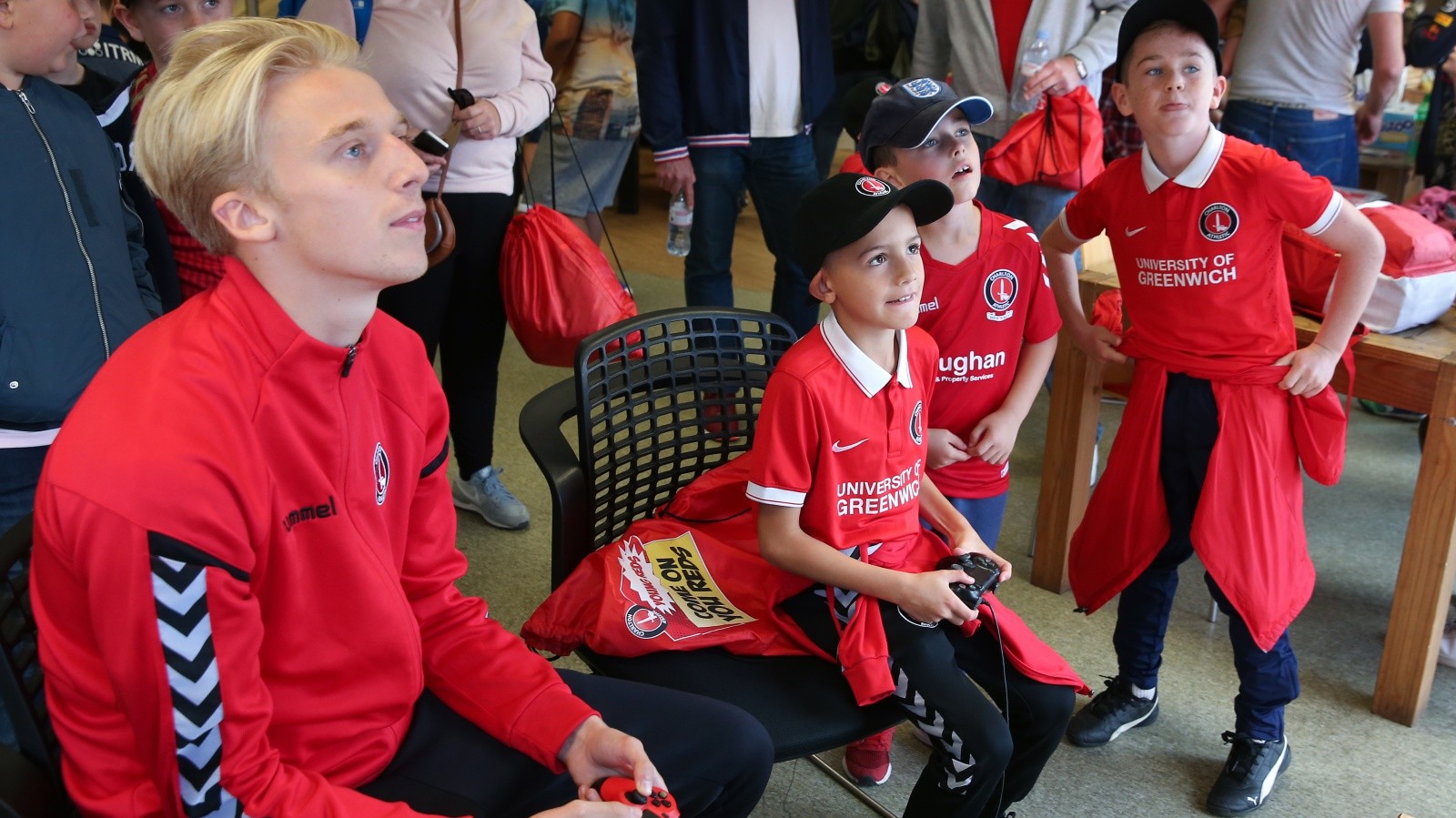 Families visiting The Valley on Saturday for Charlton’s home game against Doncaster Rovers will be able to visit the expanded Family Activity Zone.

The indoor area in Valley Central, opposite the club shop, has been increased and GAME have put four new games consoles in the area, giving young fans the opportunity to play the recently released FIFA 18.

The zone will also play host to plenty of outdoor activities as part of Young Greenwich Day.

The area indoors has been popular this season and become crowded at times, so extra room has been created by moving ticket collections to the North Stand.

In the Family Activity Zone fans will be able to enter the GAME Community Cup, competing with fans of other clubs from up and down the country. The highest score at the end of the day will win the community medal. Once all the clubs have been involved and submitted their scores GAME will then award the cup to the highest score in the UK.

Nick Wellfair, Store Manager at GAME Bromley, said: "It's a real privilege for us at GAME to be able to build stronger bonds with Charlton Athletic and really engage with the fans through the launch of the GAME Community Cup.

“This will unite over 20 clubs nationwide to find the best FIFA skills player in the UK. Our first visit to The Valley was an overwhelming success. We are pleased to be back and look forward to bringing more and more events to the club."