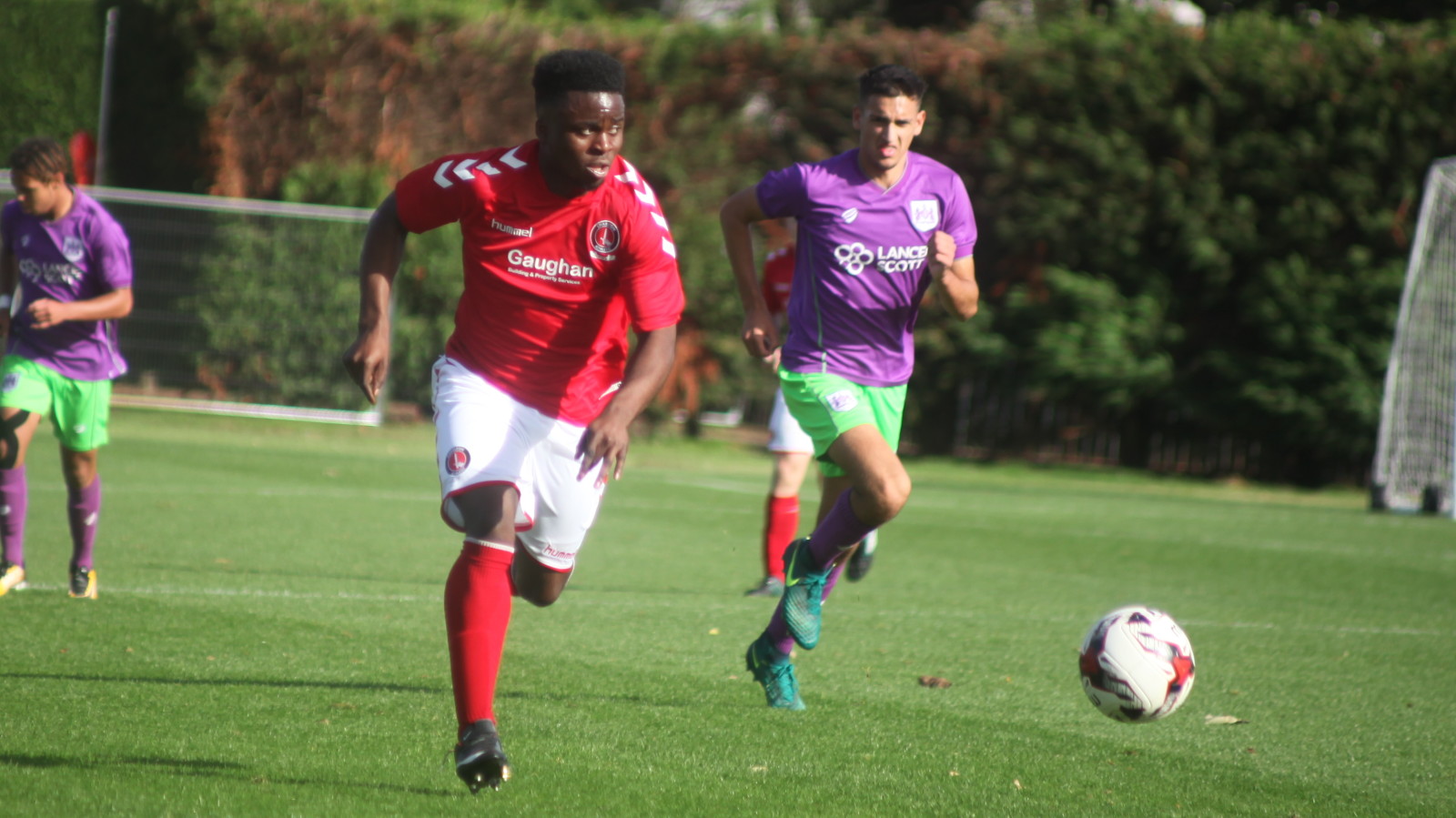 Charlton’s U18s fell to a two-goal defeat at the hands of Bristol City last Saturday, with a pair of first-half strikes enough for the Robins to secure all three points at Sparrows Lane.

The young Addicks came close to opening the scoring on two occasions. First, when Kareem Isiaka sent a looping header just over the bar, before a fine passing move saw the striker combine brilliantly with Alfie Doughty who forced the goalkeeper into a good save from a first-time volley.

James Gody was next to test the visiting stopper when he was forced into a save at his near post from a stinging shot, but it was City who would take the lead in the 38th minute.

A corner swung in from the left was caught in the blustery conditions and wrong-footed goalkeer Ed Harvey, who palmed it onto the bar, only for Vince Harper to tap into an open net as he lay in wait at the back post.

And it was to get worse for the hosts four minutes before the break when Marcus Day found space to dig out a shot in a crowded penalty area which took a wicked deflection which took it over the advancing Harvey and into the net.

The Addicks faced an uphill struggle after the restart as they looked for a way back into the game. Brendan Sarpong-Wiredu’s glancing header was caught by the keeper, while Albie Morgan’s effort from 20 yards was also dealt with by the City custodian but, ultimately, there was no way through.

Highlights of the match can be viewed on Valley Pass by clicking here.