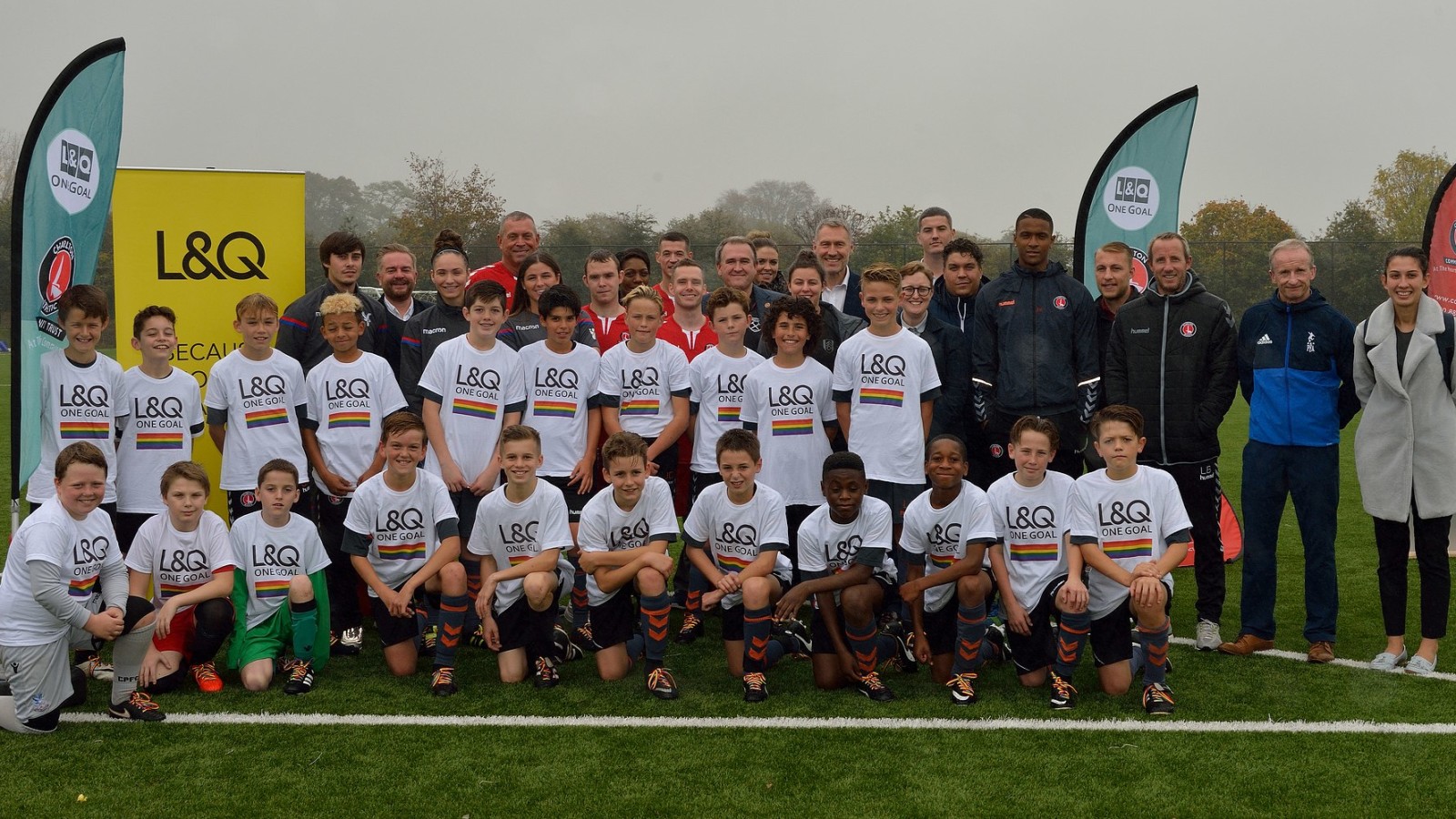 The event, run in partnership with Charlton Athletic Community Trust (CACT), was held at Charlton Athletic’s training ground on Thursday, October 26th, as part of an effort to make sport everyone’s game.

Young people from the One Goal programme and representatives from all nine participating football clubs received Rainbow Laces and heard about the significance of the campaign.

The programme is the largest of its kind, attracting a record 16,753 young people last year. It provides free sports and creative arts activities for children aged 5-21 throughout the school holidays, as well as apprenticeships, work placements, volunteering opportunities and a chance to complete a Level 1 football coaching qualification.

Speaking at the event, Stonewall Chief Executive Ruth Hunt said: “It’s good to see so many clubs come together, to see all the young people proud to wear their Rainbow Laces and to see this great initiative in conjunction with CACT and L&Q making connections in a way which is really meaningful.

“We want to see lots of different people engaged in sport, having a good time and doing their best. But we know that if you’re gay, you’re less likely to play and be more scared about chanting from the terraces and getting bullied.

“This is about saying there’s no more room for bullying and hatred. This initiative is exactly what Stonewall wants.”

Speaking at the event L&Q Chief Executive David Montague said: “We are a charity driven by our values and our vision. Diversity is important to us. We’ve been on Stonewall’s Top 100 Employers List for three years running and been doing the One Goal programme since 2014.

“Rainbow Laces seemed like a natural marriage of our values and an opportunity to engage and tackle issues of discrimination and homophobia.”

The event was also attended by Paul Elliot CBE, a CACT Trustee and former Charlton and Chelsea defender who chairs the FA’s Inclusion Advisory Board, and Andy Sinton, QPR’s Club Ambassador and a former England international.

Please click here to watch a video on Valley Pass of the launch event for free. Simply register to watch