Mark Marshall: Being at Charlton is ‘a dream come true’ 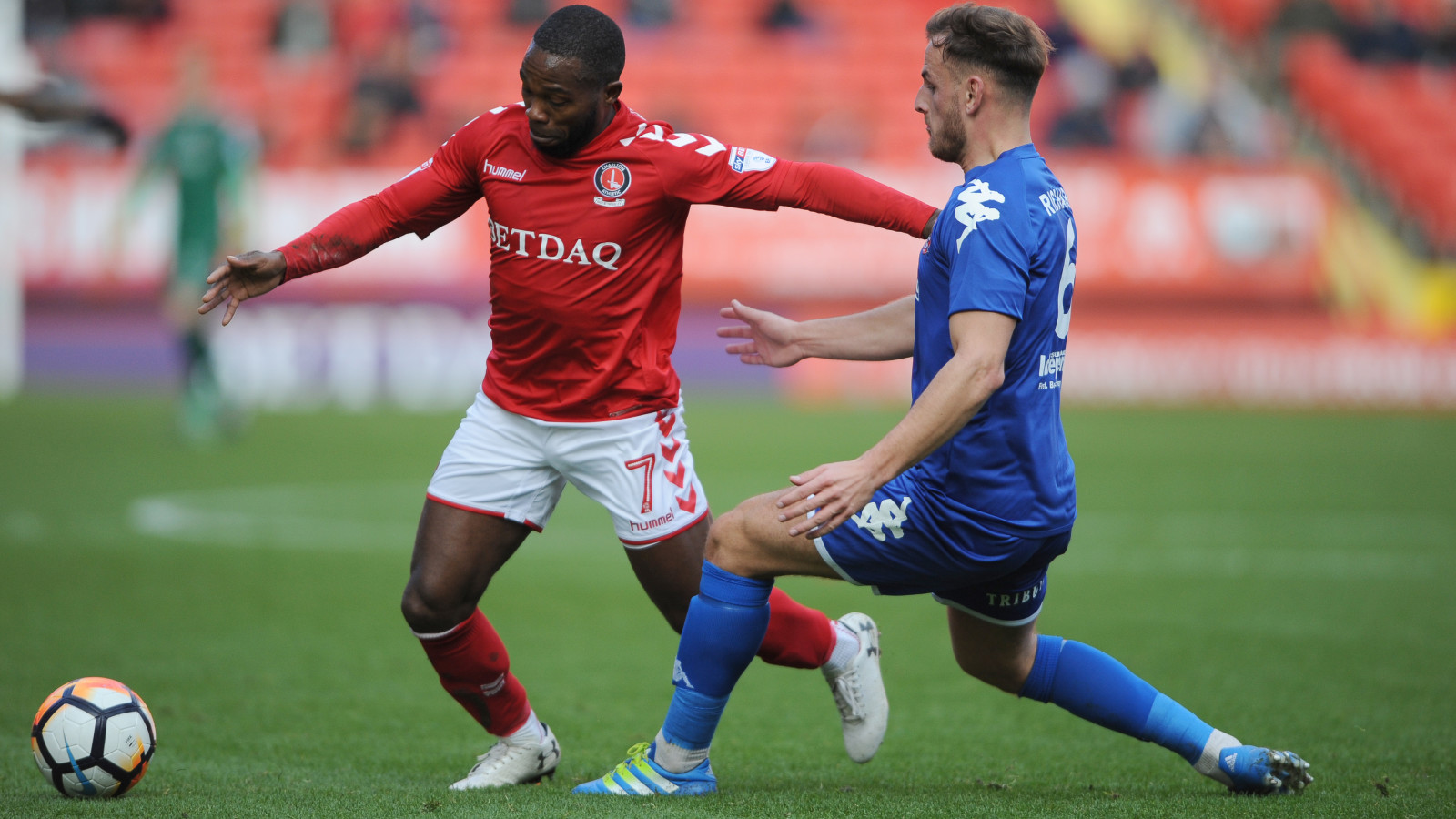 Mark Marshall says it is ‘a dream come true’ to be playing for Charlton, after scoring his first goal for the club in the 3-1 win over Truro City on Sunday.

The summer signing from Bradford City injured his knee in pre-season and has endured a frustrating couple of months but now looks to be on the comeback trail, having started the Addicks’ last two matches.

And speaking after Sunday’s win in the Emirates FA Cup he revealed that making the decision to switch Yorkshire for south London in June was a ‘no-brainer’.

“Growing up in Deptford, it was always but a dream to play for Charlton,” he said.

“I had quite a few offers from the Championship and League One but this was an opportunity to come home. Charlton is a massive club with huge potential. The manager spoke to me and told me what he wanted to do - and I was convinced. I want to help move the team in the right direction and help us towards promotion.

“I thought to myself ‘you know what, I’m not going to wait around for offers that may never come’. I jumped at the opportunity to come to Charlton and in the end it was a no-brainer.”

Marshall made only his second start of the season on Sunday, scoring via a deflection after Ben Reeves had opened the scoring. The visitors replied when Tyler Harvey reduced the deficit, but Reeves wrapped up the win with a drilled shot across the goal with 20 minutes left.

And Jamaican-born Marshall said he was pleased to be in the hat for the next round.

“We watched Truro during the week. The gaffer said it was going to be a hard game. I’ve been in non-league myself, so when you get the opportunity to play against a professional club your performance levels go up and that’s exactly what happened today.

“They came here and made it a difficult game for us and they had quite a few chances to score, so we’re delighted to be in the hat for the next round and that’s all that matters.

“For any individual to play in the FA Cup is a good thing. To think, if we can progress past the next round, we could come up against the likes of Arsenal and Chelsea, where everyone would be buzzing. We’ve just got to keep progressing, get through that round and hopefully get one of those teams.”

The 30-year-old played an hour in the victory and is delighted to be back playing in such a competitive squad.

He said: “You get frustrated when you can’t do the job that you are paid to do, so I’m happy to be back. I just want to help the team, whether starting or off the bench. I knew it was going to hard [getting back fit], so I just got my head down and worked hard.

“Competition is always healthy. I knew I was never going to be guaranteed a place in this team. If I came here with that attitude, my work rate wouldn't have been good. There’s no guarantees.

“Beyond the facilities at the club, I think we have a really good team spirit and a very good manager.

“We’ve had a few injuries like myself, Ben Reeves, Jason Pearce. I think once we get everyone fit that can only put us in a stronger position to where we want to go, which is ultimately to be promoted.”