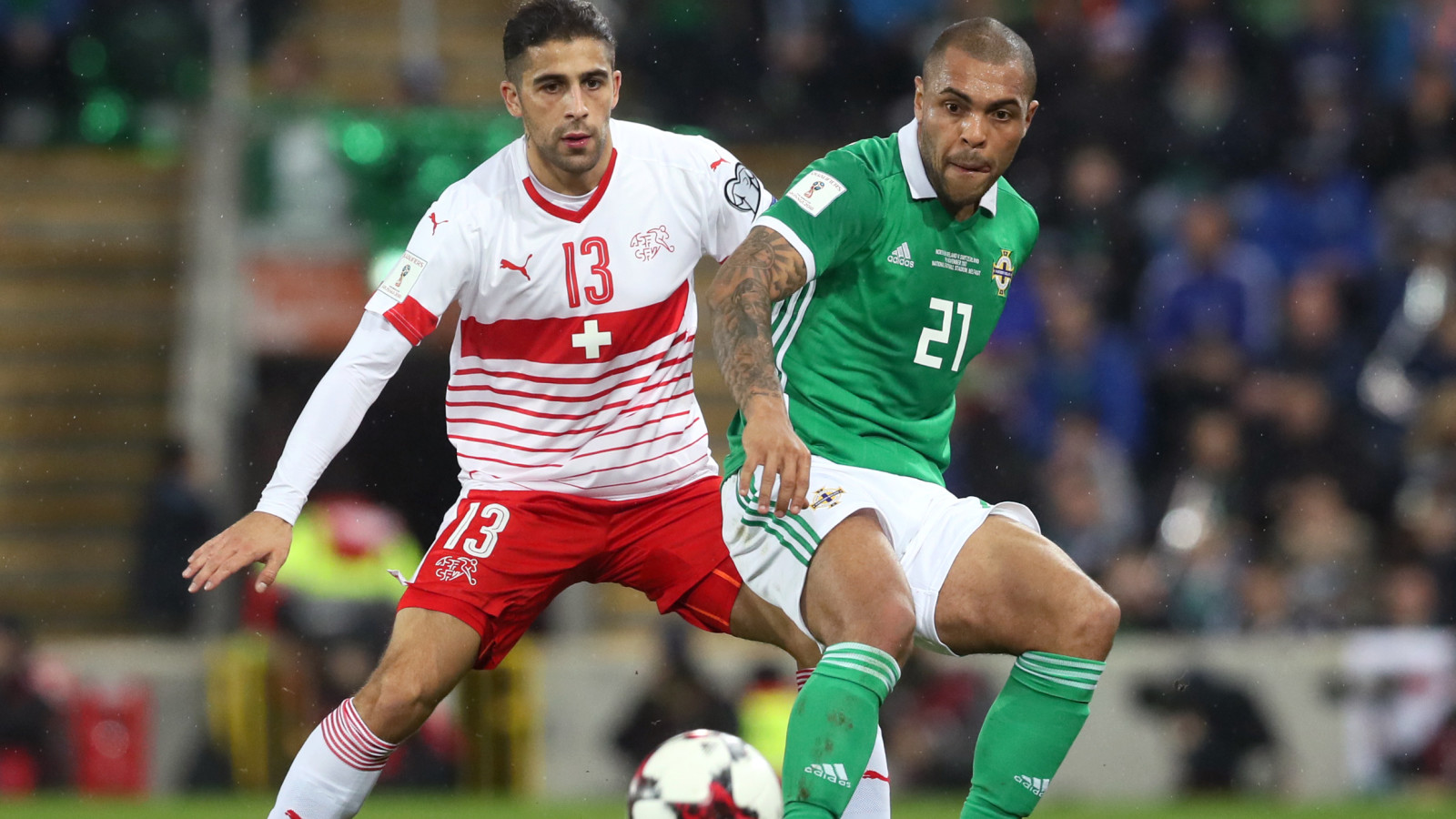 Josh Magennis says he and his Northern Ireland teammates believe that they can go to Switzerland on Sunday and overturn their first-leg defeat in the World Cup play-offs.

The Green and White Army contested a tight affair with the Swiss at Windsor Park on Thursday evening and fell victim to an extremely controversial refereeing decision that saw the visitors awarded a second-half penalty for handball.

Ricardo Rodriguez converted the spot-kick to give the Swiss a first-leg lead but Charlton striker Magennis is confident that his team can turn the tie around in Basel at the weekend.

He said: “We know that we have to go to Switzerland, score goals and win the game. Of course, we’ve been beaten at home but if we win on Sunday then we’ll be going to the World Cup. There is still a big game to go.

“There wasn’t much in the game [at Windsor Park]. The penalty ultimately decided it and we will be ready to go out there on Sunday to rock and roll.”

The controversial penalty saw Magennis’ teammate Corry Evans penalised for handball, despite the ball appearing to strike his shoulder and his arms being by his side.

The Charlton man admitted that the whole Northern Ireland squad were frustrated by the decision.

Magennis said: “We went through regulations before the Euros about arms in unnatural positions. The ball hits Corry Evans’ back and the referee must be 100 per cent sure if he is going to give that decision, especially in these types of games.

“We’ve all seen it back. That’s just the card we’ve been dealt; these things can happen in football.”