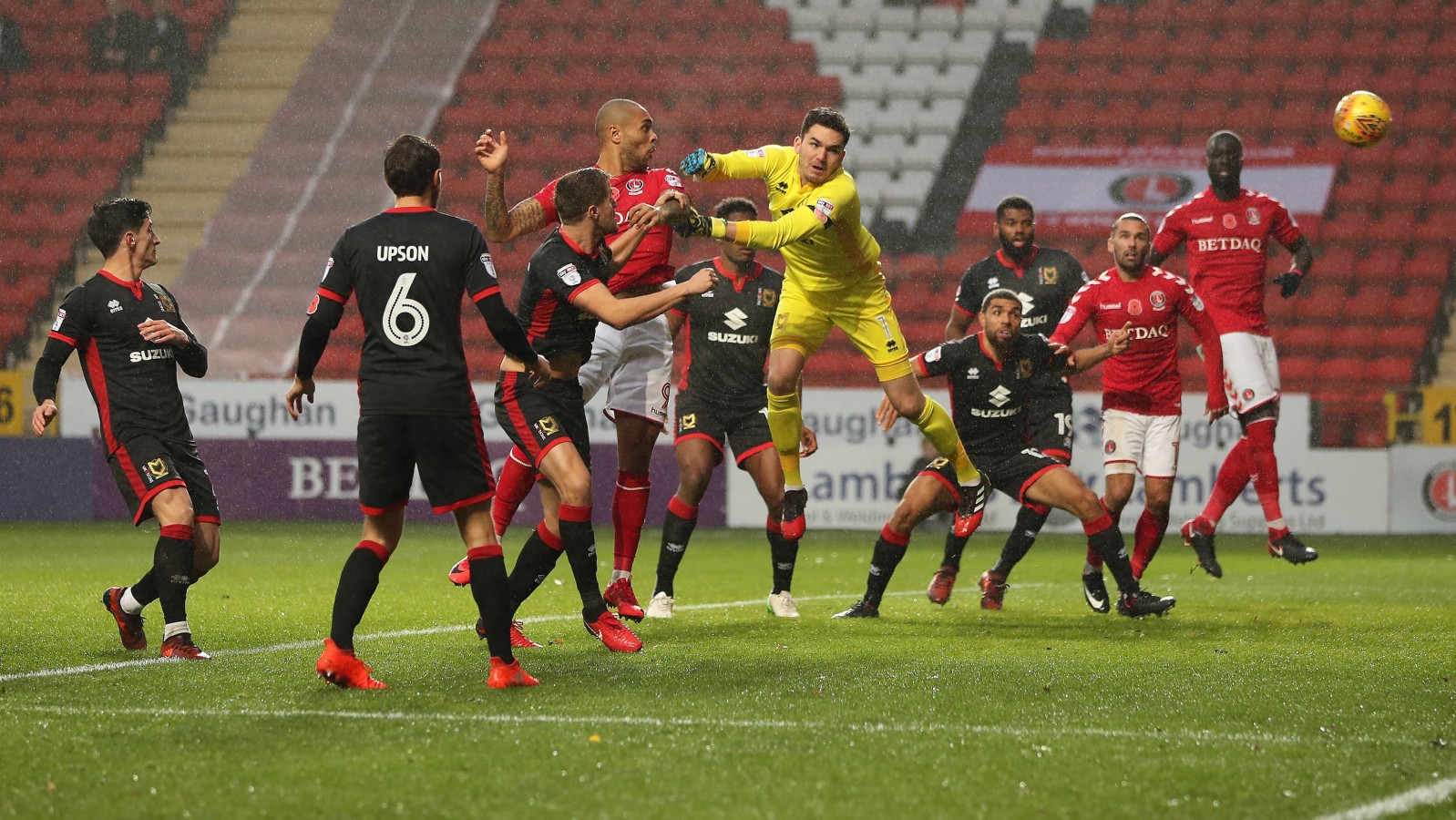 There was late drama at The Valley with each side scoring in the last few minutes as the Addicks drew 2-2 with MK Dons.

Charlton bossed much of the first-half and went in 1-0 up at half-time thanks to Josh Magennis’ fifth goal of the season.

Substitute Kieran Agard netted either side of a Scott Goldbourne own goal for the visitors.

With Billy Clarke and the previously ever-present Patrick Bauer missing through injury and Tariqe Fosu only just returning to training on Friday after a knock, Karl Robinson handed a first league start to Mark Marshall, with Ben Reeves starting in the number 10 position and Naby Sarr partnering Ezri Konsa at centre half.

Charlton started the game playing with a high tempo and it didn’t take the home side long to take the lead through Magennis. The Northern Ireland international jumped above his defender and won a header in the six yard box from a wonderfully whipped Jake Forster-Caskey corner in the sixth minute. The corner came when Forster-Caskey got in behind the MK Dons defence and the ball was squeezed behind after some some wonderful interplay down the right that included Marshall, Reeves, Ricky Holmes, Chris Solly and Ahmed Kashi.

The high tempo, backed by loud crowd suppory, continued and Kashi was next to come close in the 15th minute drilling a left-foot effort wide after Charlton’s press had forced a turnover in a dangerous position.

Holmes was next to have a go on goal with a dipping 35 yard effort that bounced just in front of goalkeeper Lee Nicholls but was dealt with well by the MK Dons stopper. Sarr followed the winger’s example with a powerful shot from a similar position but again Nicholls dealt with it.

A deflected Forster-Caskey effort from the edge of the area hit the post with Nicholls stranded in the 24th minute as the Charlton pressure continued with another forced turnover.

Forster-Caskey headed over, under pressure from close range in the 30th minute after Konsa had knocked down a cross from Holmes following a short corner.

MK Dons slowed down the home side in the last 15 minutes of the first half while at the other end Charlton’s goalkeeper Ben Amos remained relatively untested with Konsa and Sarr looking comfortable.

Charlton had a great chance to double their lead early in the second half when Marshall sped away from the defence from a Magennis through ball but the winger was denied well by Nicholls who was off his line quickly to close down the angle.

MK Dons got a 63rd minute equaliser through substitute Agard with a header at the back post. In the build up to the goal Reeves had been scythed down but referee Andy Woolmer controversially allowed the game to continue.

Aneke should have put MK 2-1 up in the 66th minute when he pounced on a mistake from Konsa and fired wide when one-on-one with Amos.

Sarr had a wonderful chance to give Charlton a late lead in the 82nd minute. A broken down corner came out to Dasilva whose cross from the left fell to Sarr. The defender’s first time effort was on target but straight at Nicholls.

Charlton scored what looked like a late-winner with just minutes to go. Kashi strode forward with the ball and beautifully fed substitute Fosu whose attempted effort was put into his own net by Golbourne.

However, MK Dons went up the other end and Pawlett was adjudged to have been brought down in the penalty box. The decision appeared to be given by the Assistant Referee. Agard made no mistake with the penalty to score his second of the game.

The 2-2 draw extended the Addicks unbeaten run in the league to eight but the controversial nature of both goals will leave home fans feeling frustrated Charlton were denied what would have been a deserved three points.