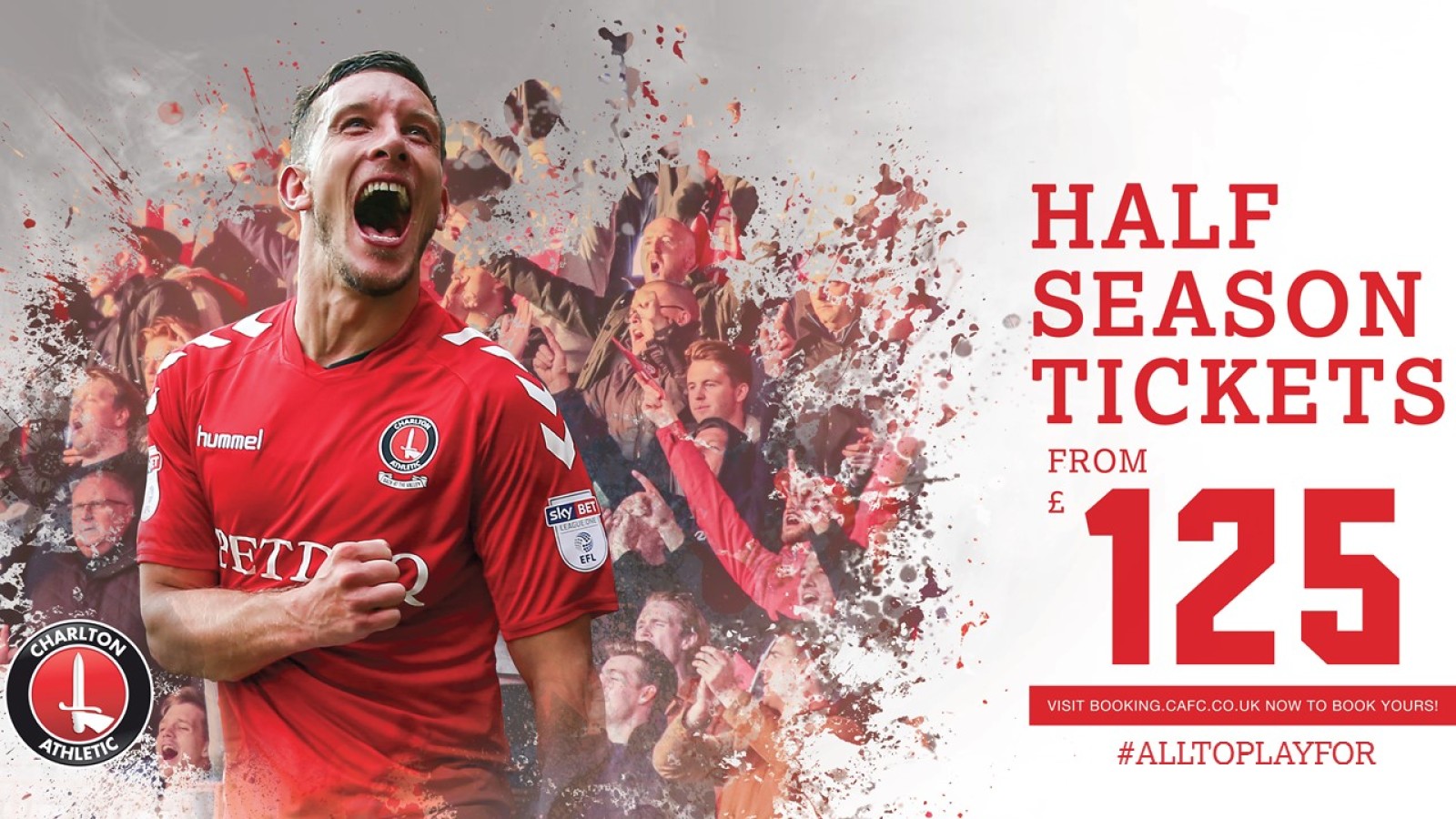 Half season tickets for the second half of Charlton’s 2017/18 campaign are now on sale.

Karl Robinson’s side have made a great start to the season and currently sit third in the Sky Bet League One table, having won nine of their opening 15 matches and scoring 23 goals in the process.

A half season ticket will secure your place at the Addicks’ final 12 home matches of the season, which we hope will end in the club celebrating promotion to the Championship.

Adult prices begin at just £125 – which equates to only £10.42 per match – with the half season ticket becoming valid from Charlton’s fixture against Blackpool on Saturday, December 23rd.

• In person – Supporters can visit the Valley Superstore between 9.30am and 5pm Monday-Friday, between 10am-1pm on non-matchday Saturdays and the West Stand’s main ticket office, from 10am onwards on home matchdays.

• By phone – The ticket office’s phone lines are open 9am-5pm on Mondays, Tuesdays, Wednesdays and Fridays, 9am-1pm on Thursdays and 10am-1pm on non-matchday Saturdays.

• Online – Fans can purchase their half season ticket on our ticketing website 24 hours a day, seven days a week. Please click here to purchase yours online

• By post – You can return your completed application form to The Valley, Floyd Road, London, SE7 8BL