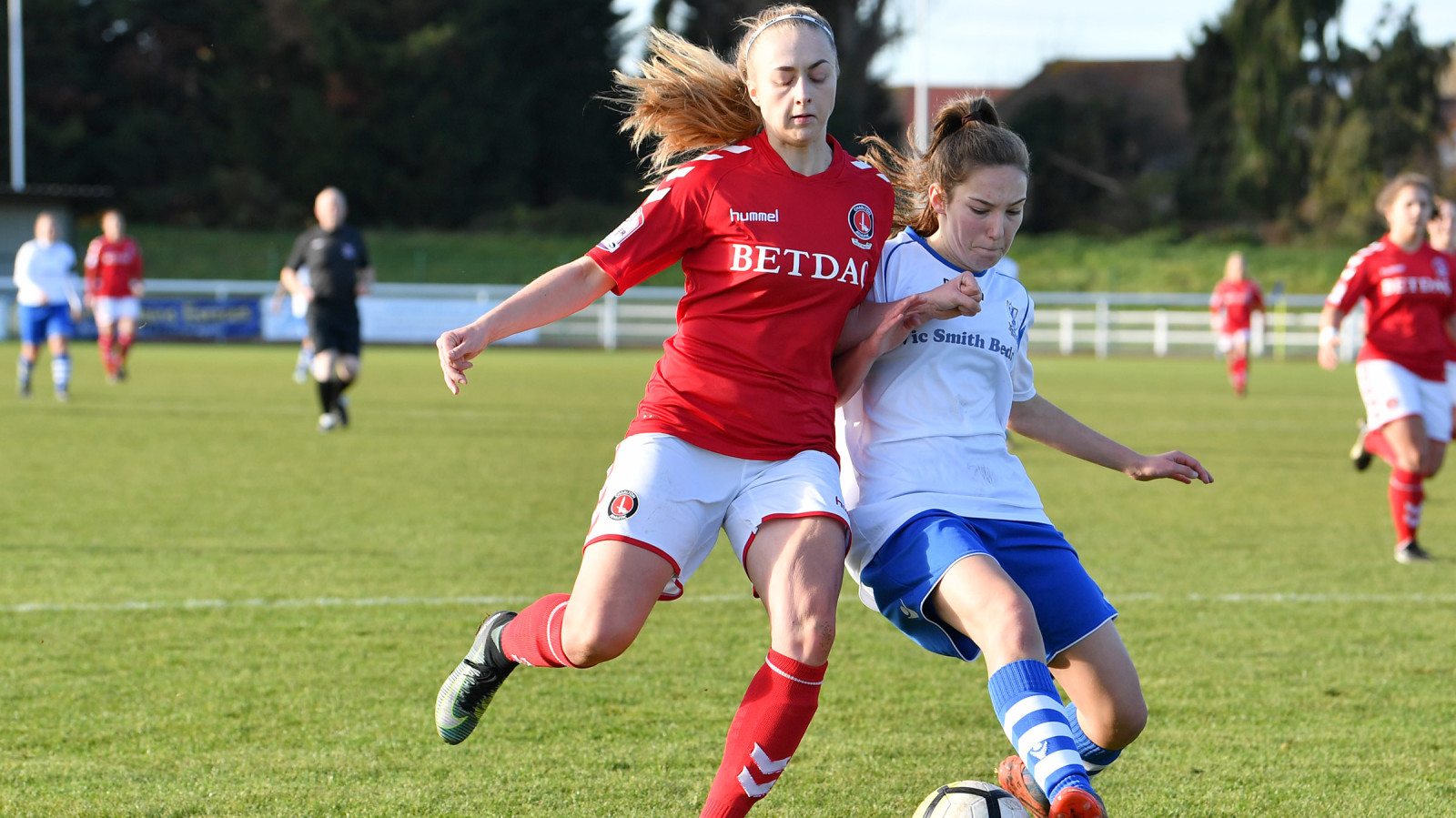 The Charlton women’s team recorded an emphatic 6-0 victory away at Enfield Town Ladies to progress into the semi-finals of the Capital Women’s Senior Cup on Sunday.

The Addicks set up the tie at QE Stadium after thrashing Parkwood 7-2 in the previous round of the competition.

And it was Charlton who started the better side again when Kit Graham rattled the Enfield crossbar with an early free-kick.

It took 15 minutes for the visitors to finally break the deadlock when Charlotte Gurr tested Kelly Cooper in the Enfield goal, who reacted well but Charlotte Lee was on hand to tap the ball in from close range.

Moments later, Lee had the ball in the back of the net again only for it to be ruled out for offside.

Graham continued to threaten and the Addicks doubled their advantage on the half hour mark when Lee found the back of the net again, turning on the edge of the area and hitting a low shot home.

Charlton went into the break two up and shortly after the restart they put the game to bed when Graham finally got her goal when Cooper couldn’t stop her strike going over the line.

The Addicks had another goal disallowed, this time for Gurr who headed the ball into the net, but it wouldn’t matter for long as Graham got her second of the game on 52 minutes, when she fired the ball into the back of the net after it fell to her from a corner.

The Addicks’ dominance was starting to come to nothing towards the end until the dying moments when Flo Jackson joined the party.

On the 88th minute, Jackson whipped in a dangerous cross that was headed by an Enfield player into the back of her own net. Three minutes later, Jackson added a goal herself, which she finished inside the box to make it 6-0 and seal the women’s team’s progression in emphatic style.

“It was a good run out I think the girls were very mature in their approach, said Assistant Coach Josh Oatham, whose side will face Leyton Orient in the last four.

“The first 15, we tried to pay as much football as possible and Enfield did make it difficult at times but we were all very pleased with how we approached it and pleased to get the win.

“It was good to give some players who need some more minutes or maybe haven’t had as much chance to play, so that was one really pleasing thing, and they all stepped up to the plate and that was good to see.”

Going into the Christmas period, Charlton sit top of the Women’s Premier League and are now in the semi-final of the cup, something which Oatham champions.

“[We are looking to] finish the year strongly and then move into January strongly”, he said. “It’s been a good year and we want to finish it top of the league and enjoying our football, which we are at the moment.”