Robinson: "We played well and I'm still in shock" 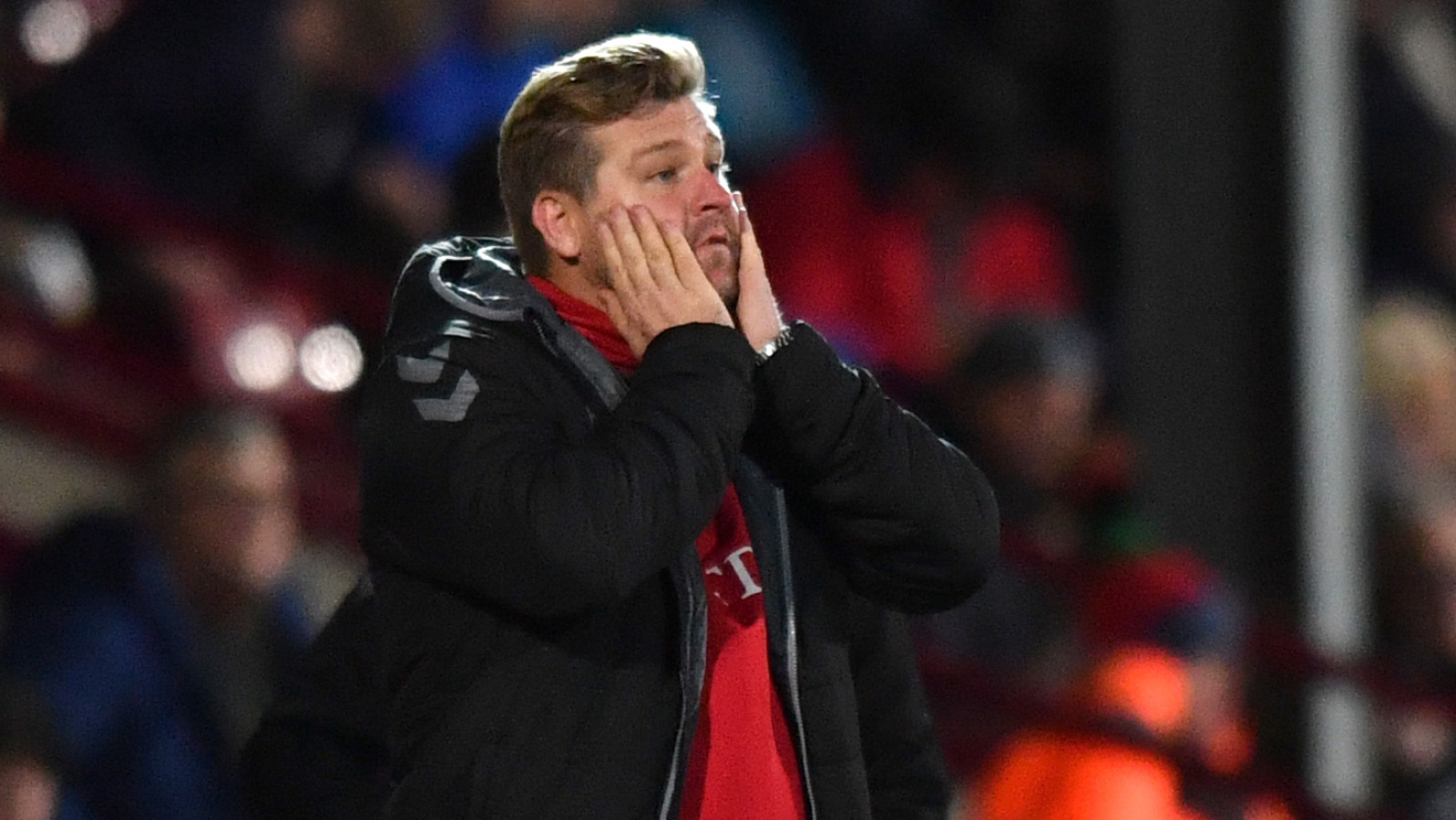 The Iron’s talisman came off the bench and hit the Addicks with a stunning free-kick before sealing a brace with an even better strike shortly after to earn the points at Glanford Park, despite the visitors having much the better of the game up until that point.

And Charlton’s boss was keen to praise his squad as they prepare to dust themselves off ahead of Tuesday evening’s game in hand against Peterborough United at The Valley.

“We played well and I’m still in shock,” he explained.

“I thought we were the better team in the first half, created three top chances and could have had a penalty in the second half. Sometimes in football, you’ve got to just applaud certain things. The free-kick is a wonder strike and the second is even better.”

“We’ve come to a place which is difficult and we played really well – no neutral would disagree with that.

“If we play against the top teams, it will drop for us. Obviously, we have to take our chances, which is the only disappointment. Our back four only let them get in once – a header in the first half – but I don’t remember them having any opportunities other than that, and even that one was a half chance.

“Those two strikes were as good as you will see, and it’s unlucky that they’ve both come against us in one game.”

Meanwhile, Robinson emphasised that the Addicks remain in a commanding position in the upper echelons of the League One table ahead of Tuesday’s clash against the Posh.

“We have a game on Tuesday and if we win that, we’re a point behind Scunthorpe with a game still in hand, which is against Shrewsbury.

“This is just a disappointment that we have to move on from. The most important thing for the longevity of our success is that we’re not playing badly, we’re playing well, and that needs to continue.

“But we’ve come here with a lot of players missing. We’ve had no Ben Reeves, Billy Clarke, Tariqe Fosu and Jason Pearce and for us to still delve into the depths of our squad and perform as well as we did is a testament to our players.”