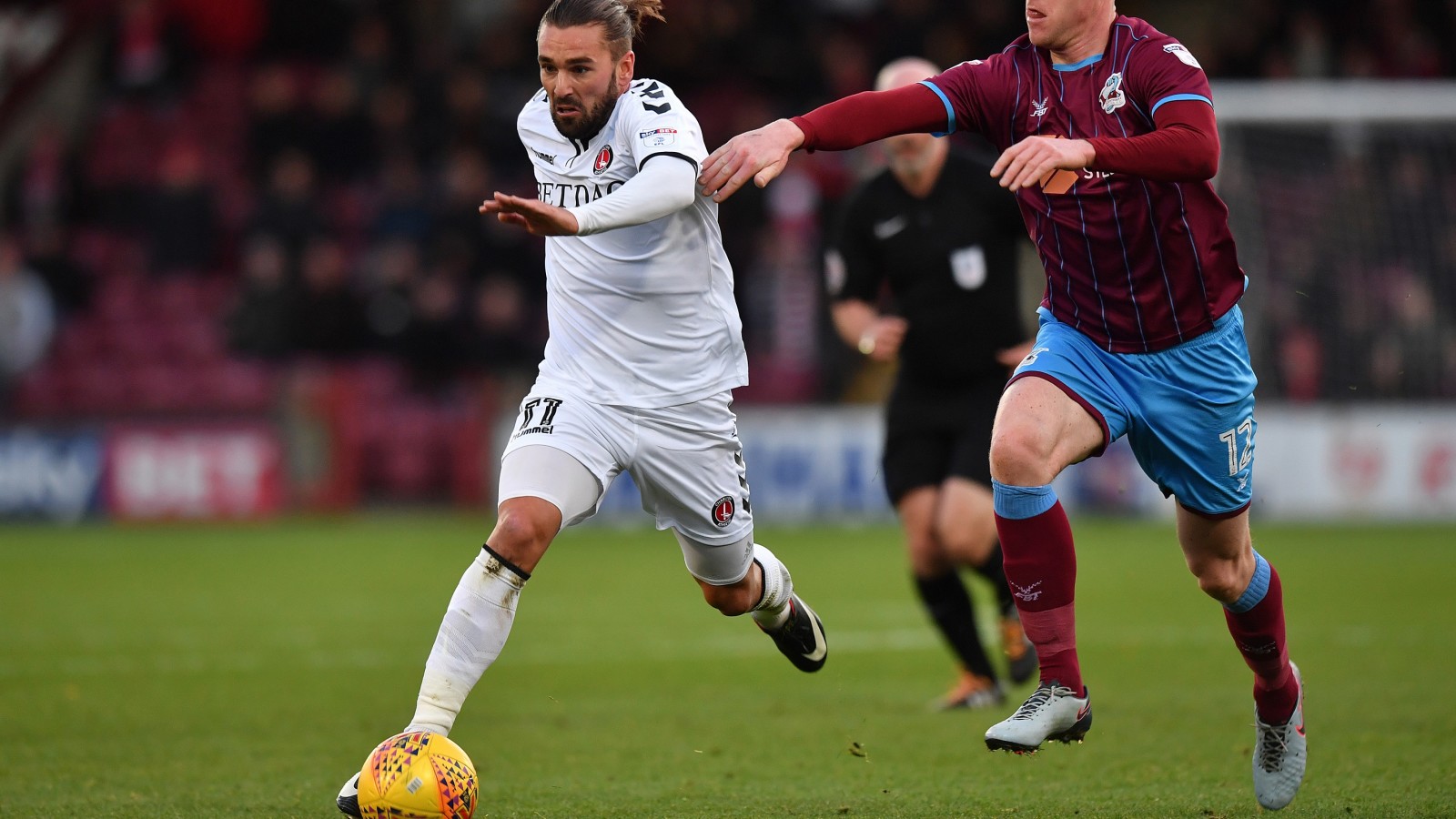 Charlton’s nine-game unbeaten run came to an end at the hands of Scunthorpe through two wondergoals from half-time substitute Josh Morris.

The Addicks had plenty of chances in an exciting first half but goalkeeper Matthew Gilks did well to keep the home side in it and the Iron looked a lot more solid after taking a 61st minute lead.

Charlton manager Karl Robinson made one change from the side that beat Rochdale at The Valley in mid-week with Patrick Bauer coming in for the injured Ben Reeves. Bauer started at centre-half with Naby Sarr moving to left back and Jay Dasilva starting on the left wing.

The Addicks first effort at goal came in the fifth minute when Ricky Holmes won the ball and it eventually found its way to Dasilva whose chipped cross from the left wing was just too high for Mark Marshall coming in at the back post. The winger’s acrobatic attempt went harmlessly wide.

Marshall had a better opportunity in the 14th minute when Holmes won the ball in the Charlton half from a broken down Scunthorpe corner. He drove the ball up the pitch and fed Marshall in who was well denied by an onrushing Scunthorpe goalkeeper Gilks whose block went behind for a Charlton corner.

At the other end, Sarr and Bauer were both forced to clear for corners from crosses directed towards Paddy Madden.

Charlton forced two impressive saves from Gilks in the 27th minute. Firstly Holmes chipped a cross from the right to Magennis at the back post but the keeper palmed his header onto the post. Then he palmed a Holmes drive from outside the box around the post and behind for a corner.

At the other end Ben Amos made a fantastic save to stop Scunthorpe taking a 30th minutes lead with a fantastic reaction save to prevent a decent effort from Tom Hopper.

Charlton finished off the first half strongly with Marshall forcing a more comfortable save from Gilks and Magennis turning and shooting over inside the box. Despite that the sides went in level at half time.

Amos was again called into action at the start of the second half when he denied substitute Duane Holmes with his legs after the full back got in behind the Charlton defence.

Charlton weren’t hanging around either and Magennis’ turn and shot from the edge of the area went just over as he looked to give Charlton a 48th minute lead.

Scunthorpe took a 61st minute lead with a fantastic free kick from substitute Josh Morris with his left foot.

The winger doubled the Scunthorpe lead just two minutes later, this time with a right-footed screamer which again gave Amos no chance.

The Addicks had an 84th minute penalty appeal when Sarr appeared to be wrestled to the ground in the Scunthorpe box.

Charlton weren’t giving up and Holmes tested Gilks again in the 89th minute with a drive from outside the area but the keeper gathered comfortably and he did the same from Ahmed Kashi in stoppage time.

Post-game reaction to follow on cafc.co.uk and Valley Pass