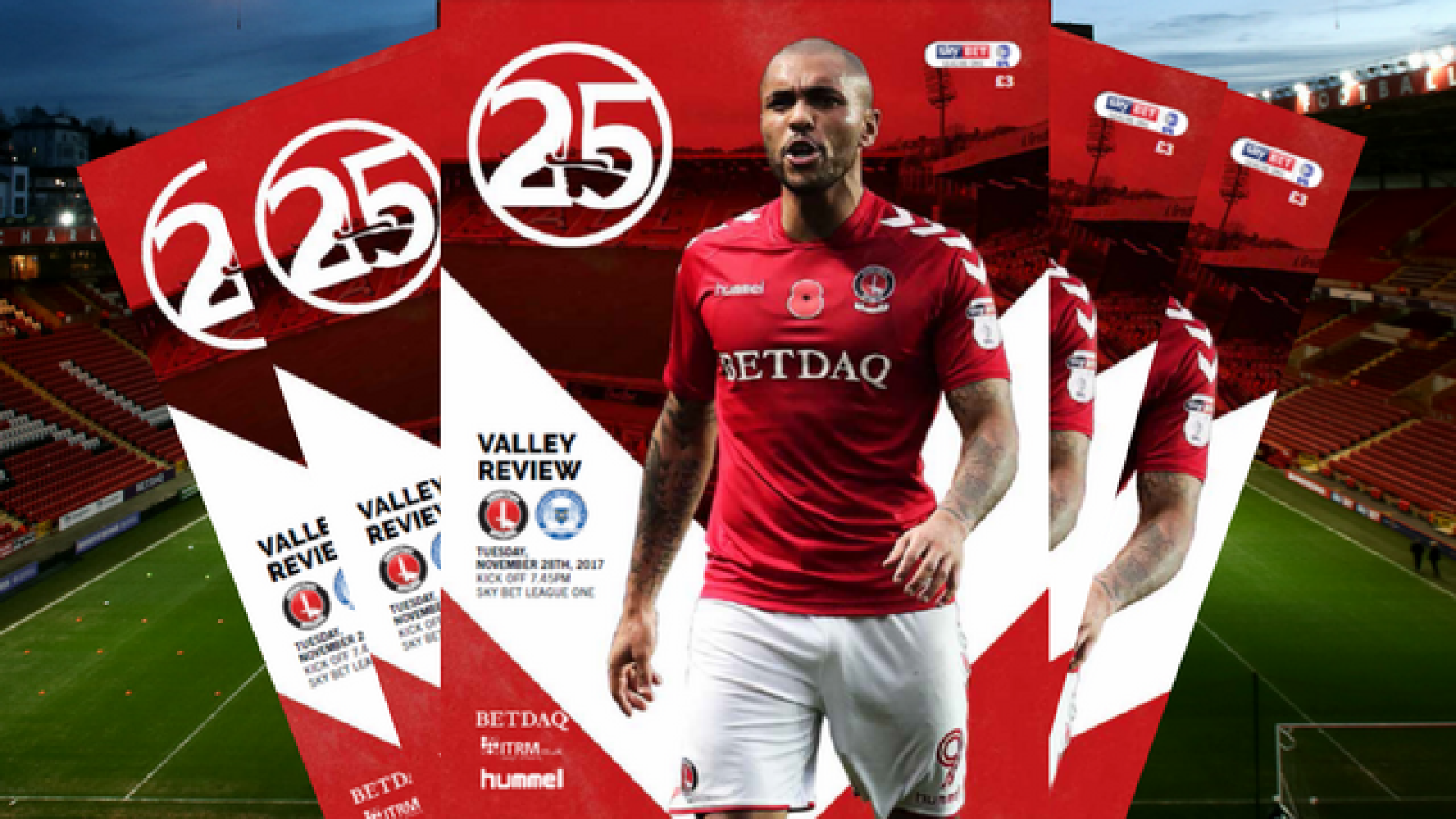 Josh Magennis features as the main interview in Tuesday evening official matchday programme for the visit of Peterborough United.

The Northern Ireland international reveals all about his country’s heartbreaking World Cup qualifying exit and his pride at what Michael O’Neill’s team have achieved on the international stage.

Magennis also speaks about a successful season so far at club level and the positive feel around The Valley.

Elsewhere, Karl Robinson reflects on Saturday’s defeat at Scunthorpe United in his latest column, while Chris Solly discusses his wish to stay an Addick for the rest of his career.

The celebrations of the 25-year anniversary of the return to The Valley continues with another look at a memorable game from the last quarter of a decade, with a 4-0 victory over West Ham United in 2007 next to fall under the spotlight.

The latest academy action is rounded up with a report from the U23s second win over rivals Millwall in as many games, while Academy Kit Manager, Wayne Baldacchino reveals a link between himself and Posh skipper Jack Baldwin ahead of the League One clash in SE7.