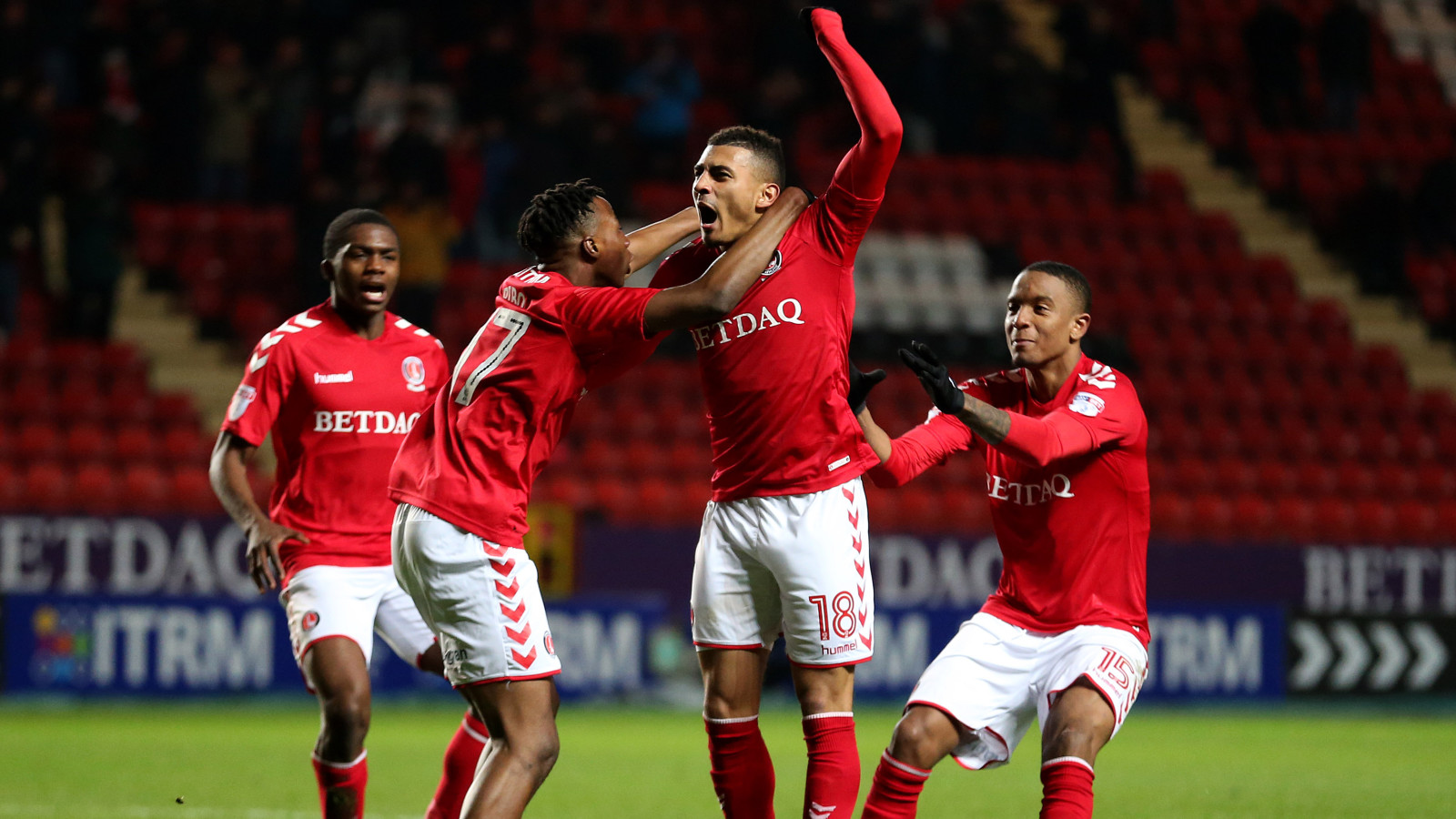 An incredible injury-time fightback saw Charlton come from two goals behind to earn a 2-2 draw against Peterborough United at The Valley on Tuesday evening.

Two goals down after strikes either side of half-time from Gwion Edwards and Jack Marriott seemingly left the Addicks seemingly dead and buried, a 90th minute penalty gave the hosts the opportunity to give themselves hope, with Ricky Holmes duly stepping up to reduce the score to 2-1.

Then, deep into injury-time, a knockdown into the feet of substitute Karlan Ahearne-Grant saw the academy graduate slam home the equaliser, sending the Valley faithful into raptures and earning his side an unlikely point.

The big news prior to kick-off was the arrival of experienced striker Leon Best, who signed on a short-term deal until the end of January and went straight into the starting XI in place of Chris Solly as Karl Robinson’s only change.

That saw Ezri Konsa slot into right-back, Naby Sarr return to central defence and Jay Dasilva to left-back, while Josh Magennis moved out to wide left.

The Addicks came close to opening the scoring with just four minutes on the clock when Holmes let fly from the edge of the box, only to see his effort headed off the line.

Receiving the ball from a short corner, his well-struck shot beat keeper Jonathan Bond all ends up, but Posh skipper Anthony Grant was on hand to divert the goal-bound shot over the crossbar.

At the other end three minutes later, the visitors missed a gilt-edged opportunity to take the lead when Marriott snuck in round the back to find himself one-on-one from a flick on. The striker, who has been in good form this term, only had Ben Amos to beat, but the Charlton stopper got out quickly to deny him brilliantly.

With 11 minutes gone, however, Peterborough did take the lead from a set-piece.

Marcus Maddison delivered a teasing, low delivery from the left which spun across the six-yard box and allowed Edwards to slide in and finish from close range.

The goal left the home side reeling for a few minutes, but they upped their game around the 20-minute mark when a good move resulted in Best bringing the ball down in the box and teeing up Magennis, whose shot was saved before Jake Forster-Caskey followed up, albeit in an offside position.

Shortly after, Mark Marshall stung the palms of Bond at his near post with a vicious volley as Charlton continued to try and build pressure in search of an equaliser, but headed into the break with a goal deficit and a big 45 minutes ahead of them.

The Addicks suffered a blow six minutes into the restart was Patrick Bauer was forced off through injury, with Anferenee Dijksteel emerging from the bench to make his professional league debut, coming on at right-back with Konsa switching back to the centre of defence.

And it got worse for Charlton in the 58th minute when the Posh extended their lead, somewhat against the run of play when a ball spun in from the right was diverted past Amos by Marriott’s sweeping shot.

Charlton were struggling to create anything meaningful with Bond living a charmed life between the sticks for the Posh and Robinson shuffled his pack with a double substitution with 19 minutes left, introducing Joe Aribo and Ahearne-Grant in place of Ahmed Kashi and Best.

Marshall’s cross was sliced towards his own goal by Ryan Tafazolli, forcing Bond into a save, but it was as close to the Addicks had come to testing the goalkeeper in an often frustrating second period.

Forster-Caskey was on hand on the line to keep out Edwards’ strike which had beaten Amos with five minutes remaining, while at the other end, a series of corners and crosses weren’t enough to threaten.

There was a 90th-minute glimmer of hope when Forster-Caskey was bundled over in the box to win a penalty, and Holmes stepped up to emphatically dispatch it into the roof of the net.

Then, in the 94th minute, spurred on by the backing of the Valley crowd, the astonishing comeback was complete. Holmes’ ball into the box was knocked down by Sarr into the path of Ahearne-Grant and the youngster made no mistake, keeping his cool to finish from close range to send Robinson tearing down the touchline in celebration.

While the result seemed unlikely for the vast majority of the match, it was a fine display of Charlton’s never-say-die attitude on an incredible night in SE7.