Sponsors give up logo space on special anniversary shirt 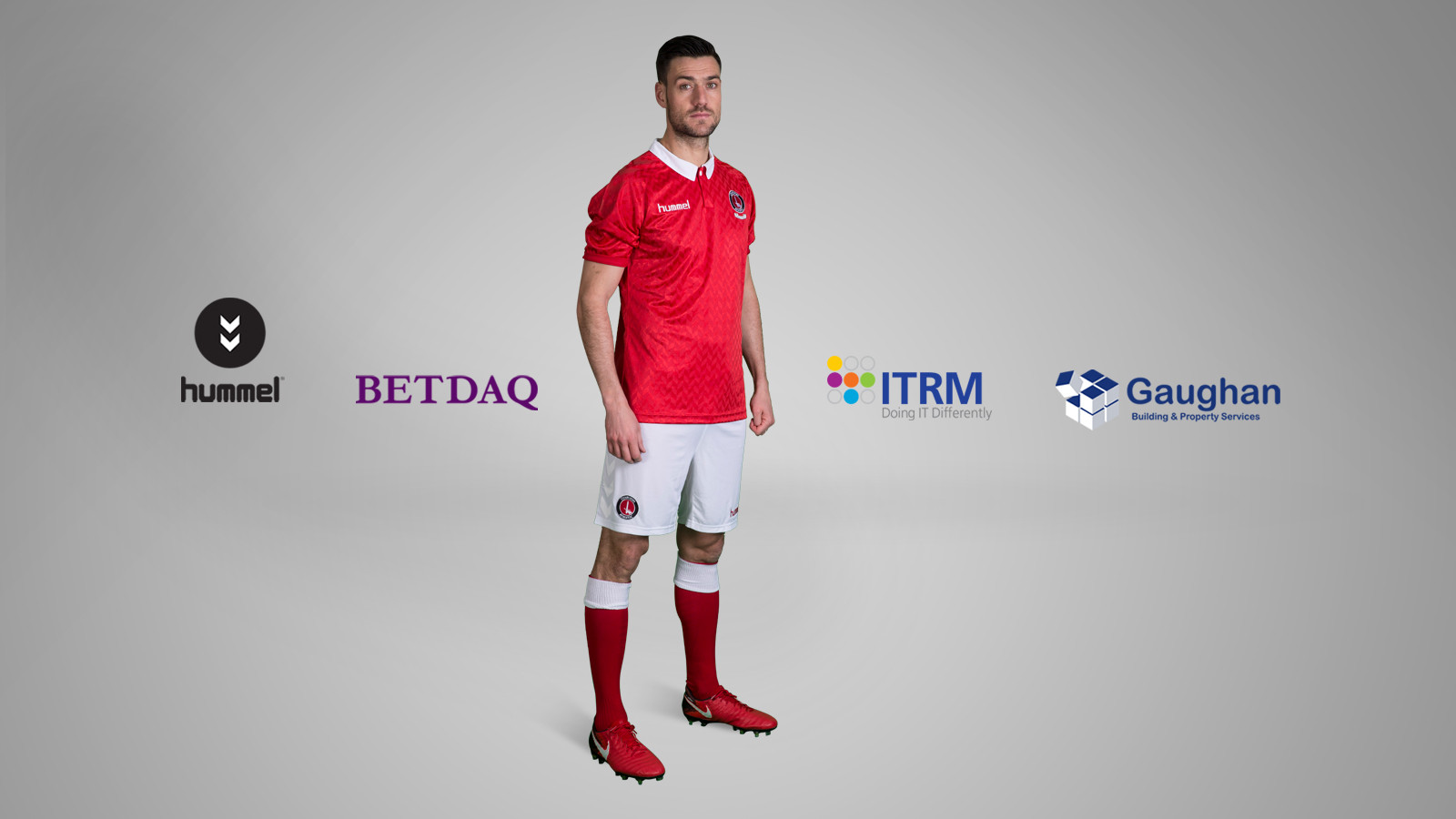 On Tuesday afternoon the club revealed a special anniversary shirt that will be worn during Charlton’s home match against Portsmouth on December 9th, 25 years after the club’s return to The Valley.

Charlton manager Karl Robinson said: “We’re very grateful to BETDAQ, ITRM and Gaughan for giving up their places on the anniversary kit. It shows that they recognise how important the anniversary and the game is to the fans. The kit itself is fantastic and I know the players are champing at the bit to get out there and give their all to give the fans something to be proud of on an important day for the club.”

Shane McLaughlin, Exchange Director of front of shirt sponsor BETDAQ, said: “We are delighted to be able to support this great club on such a landmark occasion to celebrate the great teams of past and present and to mark the 25th anniversary of the return to The Valley, which has provided such great memories for the supporters and sponsors throughout the years.”

David White, Managing Director of back of shirt sponsor ITRM, said: “My Dad Roger first took me to The Valley as a boy to watch stars like Derek Hales, Mike Flanagan and Allan Simonsen. As a fan passionate about Charlton Athletic Football Club and the Community Trust I am fully aware of the hard-fought battle to get the club back to The Valley and therefore the significance of the 25th anniversary game, not to mention the financial benefit on the day to the Community Trust.

“When the club approached ITRM about giving up our back of shirt sponsors logo for the match and explained the details, we were honoured to be part of the celebrations and agreed without hesitation.

“All of us at ITRM are looking forward to the game on December 9th, we can't wait to see the commemorative shirts and of course three points would be the cherry on top!”

Aaron Gaughan, Director of back of shorts sponsor Gaughan Building Services, said: “Our involvement with Charlton Athletic has been really fantastic so far. We really are proud sponsors of this family club that is full of heritage and this is why we are also really pleased to be able to support the club in bringing something very special to its supporters on this occasion. The celebratory kit is truly a unique piece and we hope the fans are as excited as we are about it.”

You can purchase tickets for the game here