Celebrating 25 years since Charlton's historic return home to The Valley 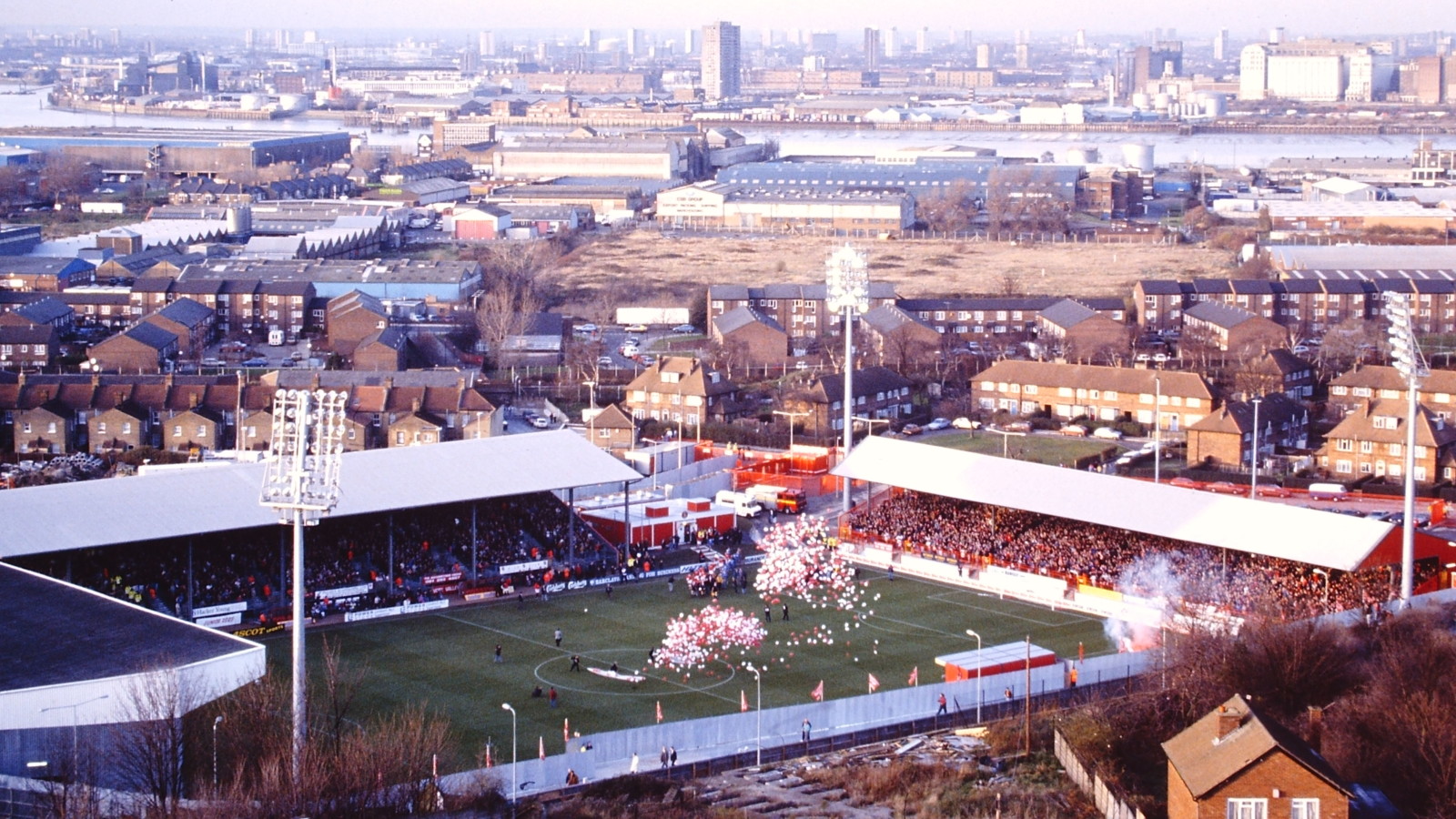 On December 5th 1992, Charlton’s seven-year exile away from The Valley finally came to an end.

The Addicks had spent more than half a decade away from home, ground sharing first with Crystal Palace and then West Ham United, before their homecoming was sealed with a, now iconic, 1-0 victory over Portsmouth at The Valley.

Charlton were forced to leave SE7 in 1985 after the club’s new board were unable to retain the freehold of the ground from former chairman Michael Gliksten.

Their final match at The Valley saw them beat Stoke City 2-0, with Rob Lee scoring the last goal before the club’s departure, and supporters can read about the turmoil of our departure from SE7 on our history pages by clicking here.

Charlton supporters proved crucial in getting the club back home. After it was announced in 1989 that the club intended to return to The Valley, a mass clean-up operation got underway in SE7 with thousands of volunteers helping to tidy up a neglected Valley.

The Valley's clean-up operation gets underway

There was a set-back in 1990 when Greenwich Council rejected Charlton’s application for a return to SE7 and political history was then made, and you can read more about the formation and influence of the ‘Valley Party’ by clicking here.

The Valley Party proved to be a major factor in Charlton’s eventual homecoming and when it did arrive on December 5th 1992, the team toasted it with a 1-0 victory.

Portsmouth – who coincidentally the Addicks will also face at the weekend as we celebrate the 25th anniversary of our return - were the opposition and a solitary goal from Colin Walsh ensured that the Addicks recorded a 1-0 victory in front of 8,337 spectators.

‘The London Match’ provided in-depth coverage of the game and 35 minutes of action is available for Valley Pass subscribers to watch as part of its huge archive.

Goalscorer Walsh, now of course a Valley legend, was in SE7 recently to model the club’s new anniversary kit and sit down for a special Back at The Valley episode of Valley Stories, which supporters can watch on Valley Pass by clicking here.

Simon Webster, who captained Charlton for their first match back at The Valley, also modelled the new strip and he took time to remember the Pompey match. You can read what Webster had to say by clicking here.

Throughout the week former Addicks Matt Holland, Kevin Lisbie, Jon Fortune and Carl Leaburn – the latter having played in the Back at The Valley match in 1992 – will be discussing their Valley memories from the last 25 years. You will be able to read them all on www.cafc.co.uk