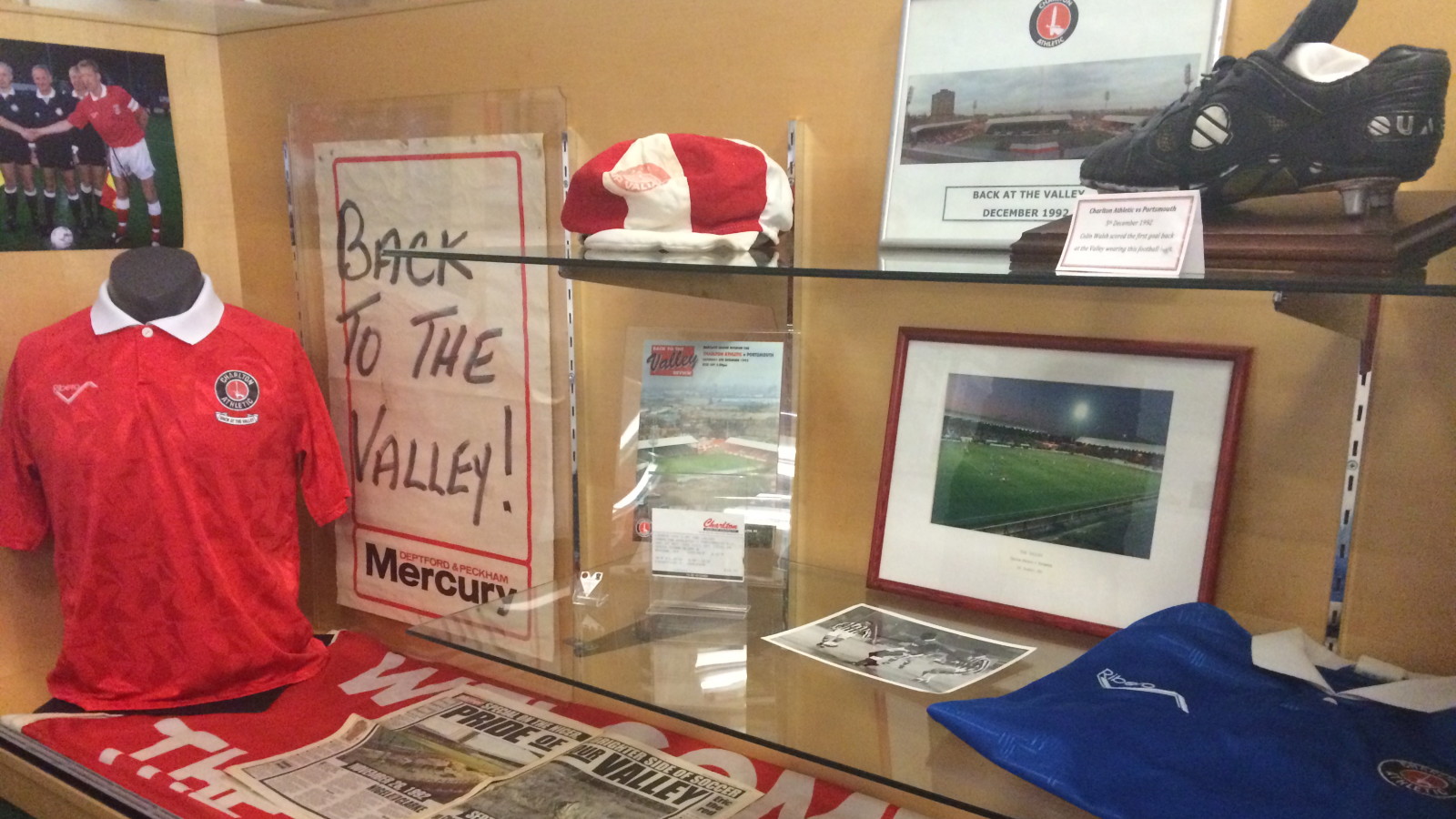 The Charlton Athletic museum has dozens of items related to the exile from, and the subsequent return to, The Valley.

They could have chosen any number of tickets, fanzines, Vote Valley flyers and shirts but opted to go with five items that they believe are unique to their collection…

The whistle that blew time on The Valley

Steve Dixon, later a Valley Party activist, blagged his way into the referee’s room and convinced the official that day Mr M James from Horsham to hand over the whistle that he’d used in the “last” game at The Valley, which was against Stoke City on 21 September 1985. It’s now on loan to the museum.

When the lights went out at The Valley

Many items were ‘salvaged’ from The Valley during the wilderness years by fans but none as large or iconic as this Valley floodlight, which illuminated night games in SE7. On the night the museum opened, it’s liberator, Dave Thompson, donated it and it has remained on display ever since.

If voting ever changed anything

The 1990 local elections gave Charlton fans the perfect opportunity to take the battle for The Valley directly to Greenwich Council. No seats were won but the just under 15,000 votes cast in this and other similar ballot boxes brought about a change in attitude and, eventually, planning permission for a re-built Valley. The museum now uses them as donation boxes.

Read all about it

In an era before the dominance of social media, local papers and in particular The Mercury, played a key role in keeping fans abreast of what was happening as well as rallying support for the Valley Party. The two display posters, donated by Paul Harley, form an alpha and omega of the seven years away from the Valley.

And it becomes the perfect start

It is a cliché, but Colin Walsh really did have a sweet left foot, which he used to perfection seven minutes into the first game back at the Valley to score the only goal of the game against Portsmouth. The boot that scored that goal is one of the museum’s favourite items and the centre piece of our Back to The Valley display.

The Charlton Athletic Museum are hosting a celebration event at The Valley on Tuesday evening, which all supporters are invited to attend. For more information, please click here