Club hoping to guarantee donation of at least £5,000 to Charlton Athletic Community Trust 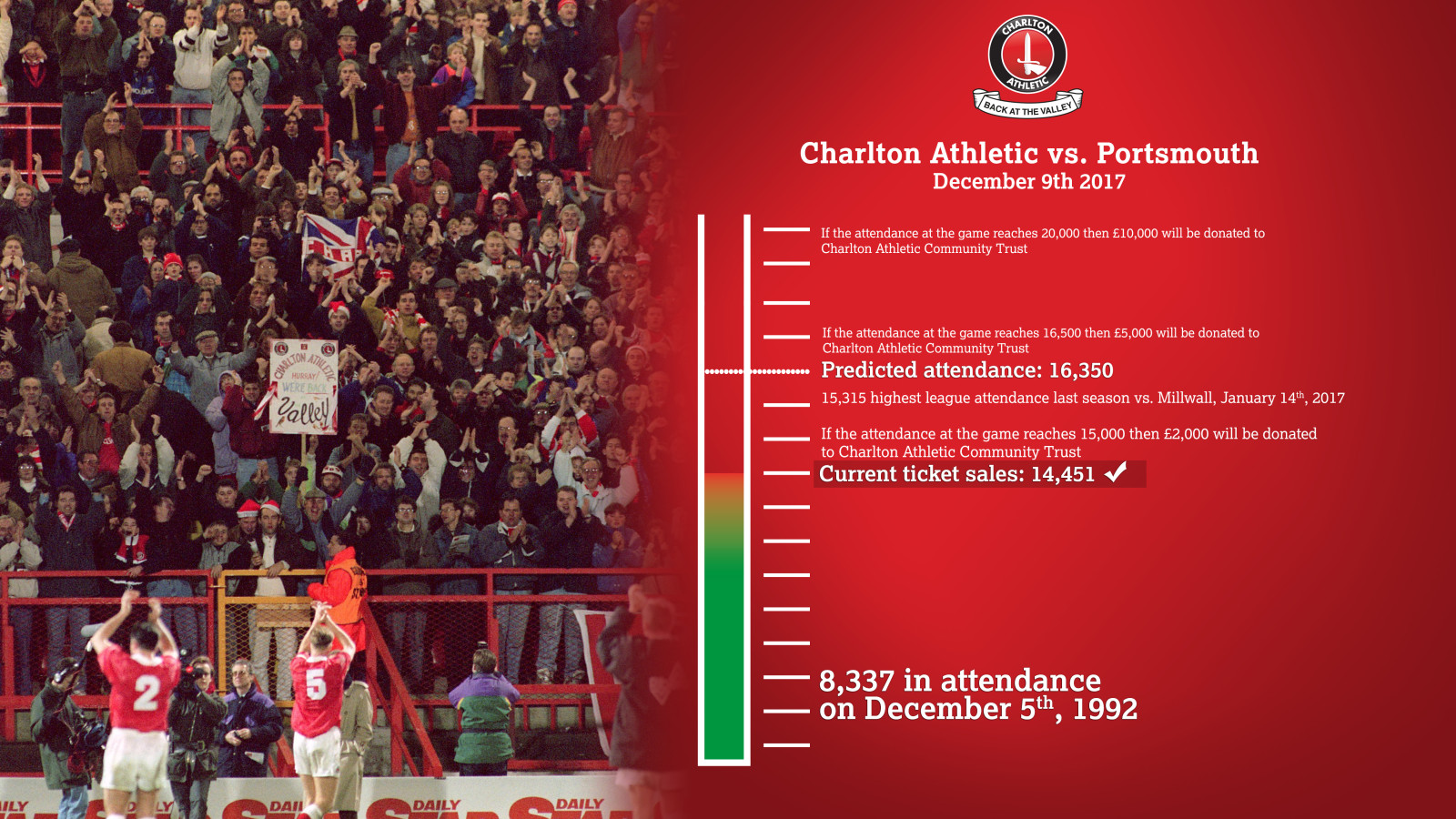 Charlton Athletic are hoping to guarantee a donation of at least £5,000 to the Charlton Athletic Community Trust with an attendance of more than 16,500 being targeted for Saturday’s anniversary game.

Ticket sales for the anniversary game currently stand at 14,451 and if sales continue at this rate the attendance is predicted to be at least 16,350.

The club have worked with Portsmouth to move any away supporters who purchased in the home end before tickets went on restricted sale at the end of last week. The sales to date include 3,851 away tickets.

The club have seen an increase in purchasers since the end of last week and are working with its Community Trust and the Fans’ Forum to help make Saturday’s game a fitting tribute to the celebration of the 25th anniversary of Charlton’s return to The Valley.

A sliding scale ticket bonus was suggested by one member of the Fans’ Forum to help drive attendance and was set up at the end of last week thanks to sponsor Regular Cleaning.

The Fans’ Forum will then coordinate a vote so fans can have their say on what specific area of Charlton Athletic Community Trust work the donation goes towards. The club have agreed to match the donation of Regular Cleaning meaning if the club can edge past the current prediction to 16,500 then £5,000 would be raised for CACT.