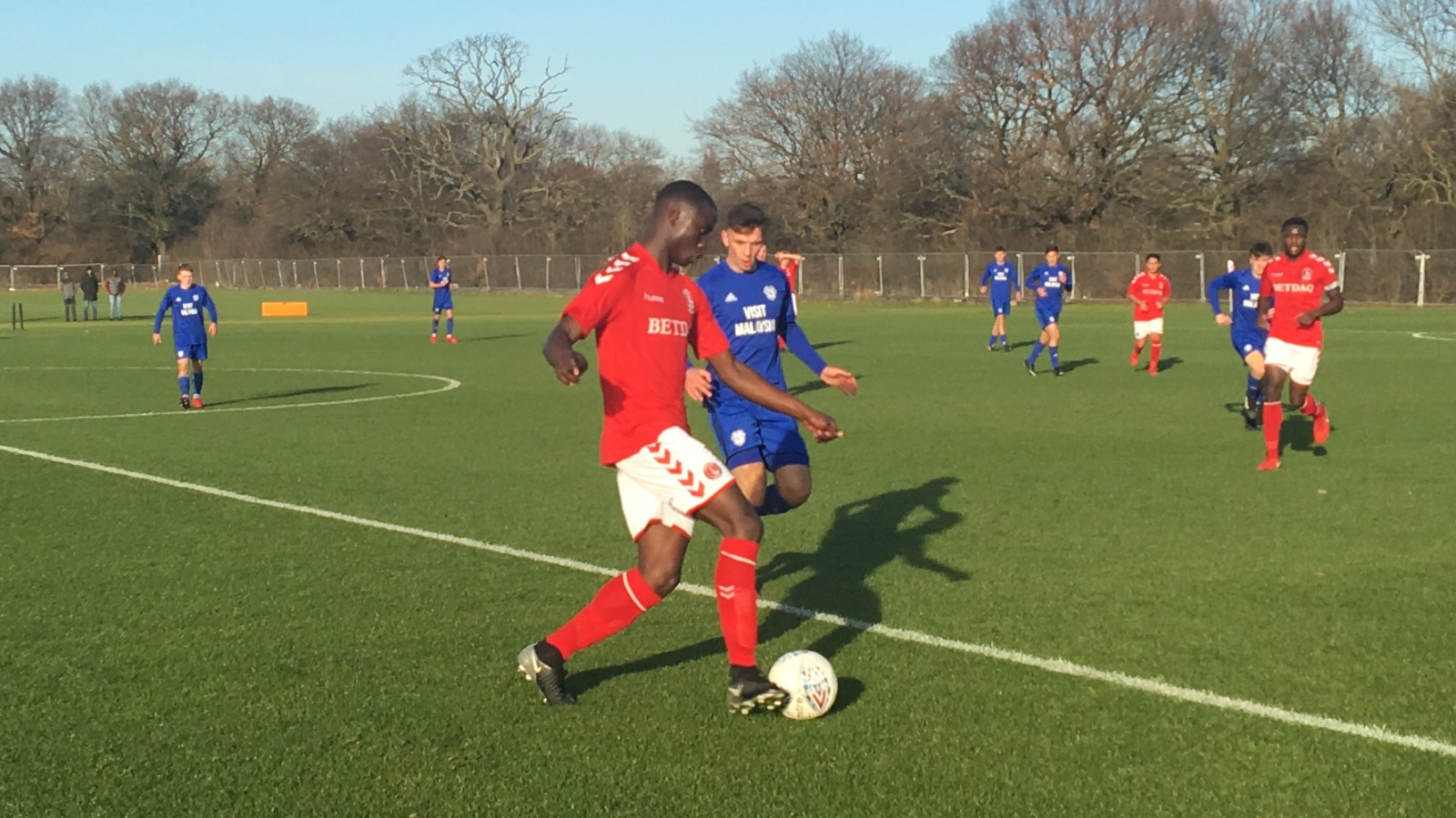 The frontman, who also scored twice in the Checkatrade Trophy at Swansea City earlier this month, had the Addicks two goals ahead before James Waite pulled one back on the stroke of half time.

Substitute Brendan Sarpong-Wiredu netted Charlton’s third but goals in the final 17 minutes from Mark Harris and Waite ensured that the Bluebirds earned a share of the points.

The first opportunity of the game arrived on three minutes when Aaron Barnes was played in on goal, only to be beaten to the through ball by experienced Cardiff goalkeeper Lee Camp.

George Lapslie curled narrowly wide of the target with seven minutes gone, having collected a pass from Terrique Anderson, and 10 minutes later Matt Carter was denied by Camp from a tight angle.

Charlton deservedly went in front after 30 minutes. Carter put Hackett-Fairchild clear and he rounded Camp before sliding the ball into the empty net.

Nine minutes later, it was 2-0. Mascoll floated a free-kick in from the right-hand side and Hackett-Fairchild expertly glanced the ball into the far corner with his head.

The Addicks were in control but the Bluebirds did pull one back just before half time when Waite netted from close range after a Cameron Coxe cross was not properly cleared.

Cardiff started the second half brightly and came close to levelling when a header from substitute Jack Bodenham trickled just wide from a corner.

Addicks stopper Jordan Beeney made amends for gifting possession to Cardiff on the edge of his box by keeping out Harris from close range with an hour played, and Charlton then took advantage by restoring their two-goal advantage.

Hackett-Fairchild latched onto a lofted pass from substitute Jo Cummings and he teed up Carter, who squared for Lapslie, who in turn moved the ball on to replacement Sarpong-Wiredu who slotted home with a first-time finish.

Cardiff pulled one back straight away, though, when Harris broke the offside trap and fired home from inside the box.

And they levelled four minutes from time. Harris headed the ball onto Waite and he picked out the bottom corner from 15 yards to double his tally for the afternoon and earn his team a point.