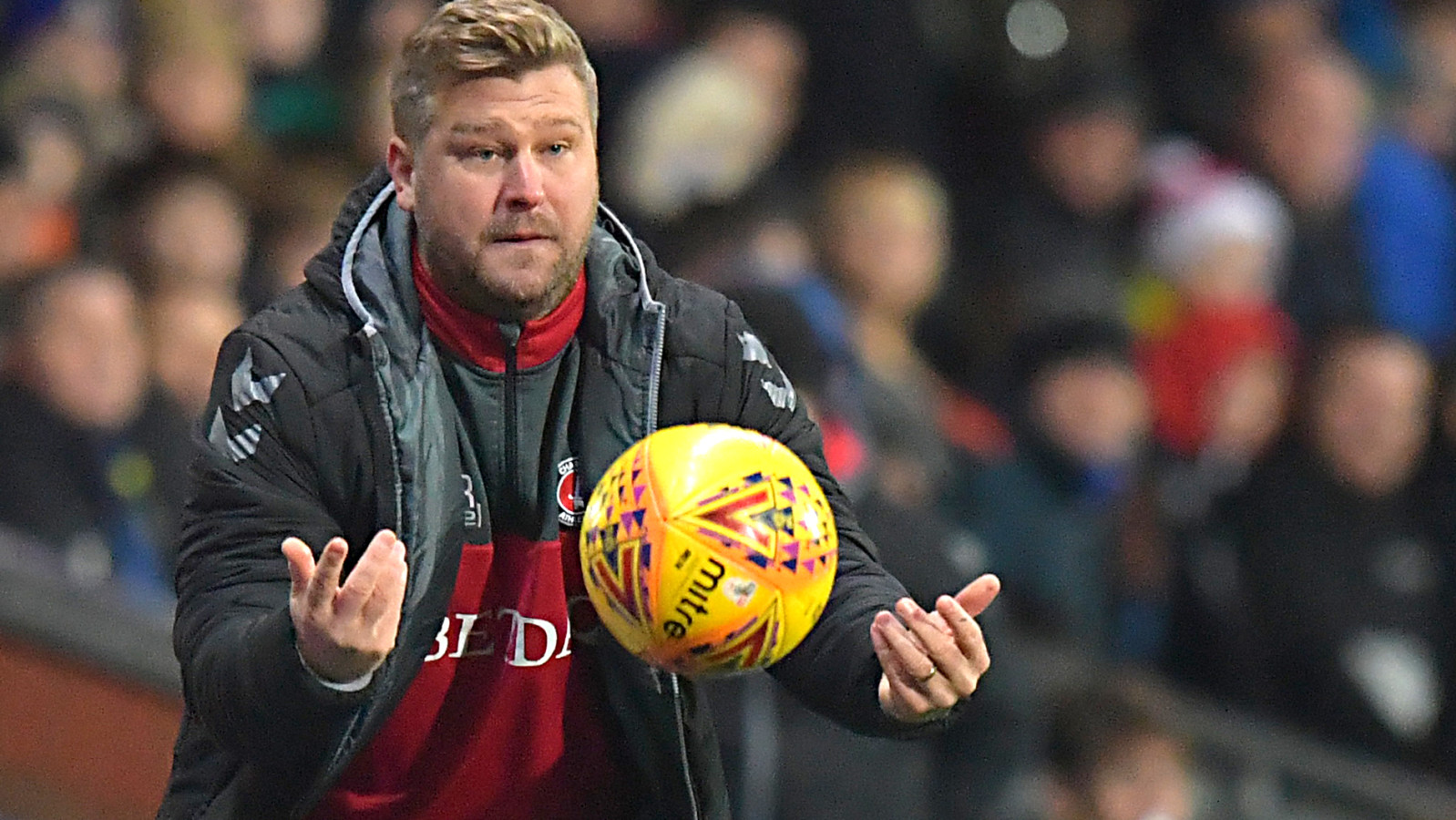 Karl Robinson spoke with the local media on Thursday morning to preview Charlton’s weekend fixture against Blackpool at The Valley.

The Addicks currently have eight first-team regulars sidelined through injury and the Manager was asked about the strain that will be put on his squad during the busy Christmas period.

He also explained why it is so important for everyone to stick together during this tough time for his squad and what he expects from Saturday’s opponents Blackpool.

On the importance of everyone sticking together…

“We’re going to have to embrace the situation that we find ourselves in. It’s going to be hard and the players who are fit have worked really hard. The injured ones have been great too and have almost been like cheerleaders around the place.

“They’ve really got each other going, there is a good vibe in the building and this is a really close team. We stick together through thick and thin.

“A lot of the players have been playing with a few niggles because they care so much and want to put a shift in for the football club. With the backlog of games that we have had, it was going to be difficult to keep everyone fit. One or two things will change in January now having lost Billy Clarke for the rest of the season; that’s a big blow for us.

“Injuries are part and parcel of football and the fans will judge us in the same way as always, we’ll still have the same intense build up as we always do. We’ll still wear the shirt and will try to do our best.

“We’re going to need the fans more than ever, it’s a tough period anyway and in the last few games that we haven’t won we feel like we are playing well. I’ve been banging my head against the wall in the last few days but we need to stay positive about things.”

“It’s only Ben Amos, Chris Solly and Jay Dasilva fit for Saturday who started our first game of the season. If you were to take the wingers, the second striker and the two central midfielders and centre-backs out of any Premier League side it would make big headlines. 100 per cent.

“I think it’s important for us to be open with our fans about who is injured and where we are at. The club supported that too and hopefully we can move forward. Now we get ourselves ready for a very difficult Christmas period.”

“Gary Bowyer is a friend of mine. I know him very well and he also did a very good job at Blackburn. He was doing the U18s when I was there.

“Blackpool will be honest, will be hard working and they flick from different formations every so often. Whether they play with one sitter or two sitters in midfield we will have to wait and see, but regardless of that we have a very clear gameplan.”

On the Christmas period…

“It’s a difficult time for us but it is a great period for football fans; the best time of year. I’ve said it before, I’m not one for a winter window over the festive period.

“The game before Christmas, Boxing Day and the one before new year are really unique ones to be associated with and they are often ones that tend to have higher attendances, which shows how important they are.

On Lee Bowyer possibly out of retirement…

“Lee Bowyer is fit and can sign a form if we need him to! We’re laughing but he could sit on the bench for us. He’s eligible to sign and I’m sure he could do a cameo for 15 minutes or so.

“He scored 99 goals in his career and probably got 99 bookings as well, so he’s one off each of them to get that hundred. It would be nice if he could come on, score, get booked and we win 1-0!”