Charlton youngster scoops Checkatrade Trophy Player of the Round award 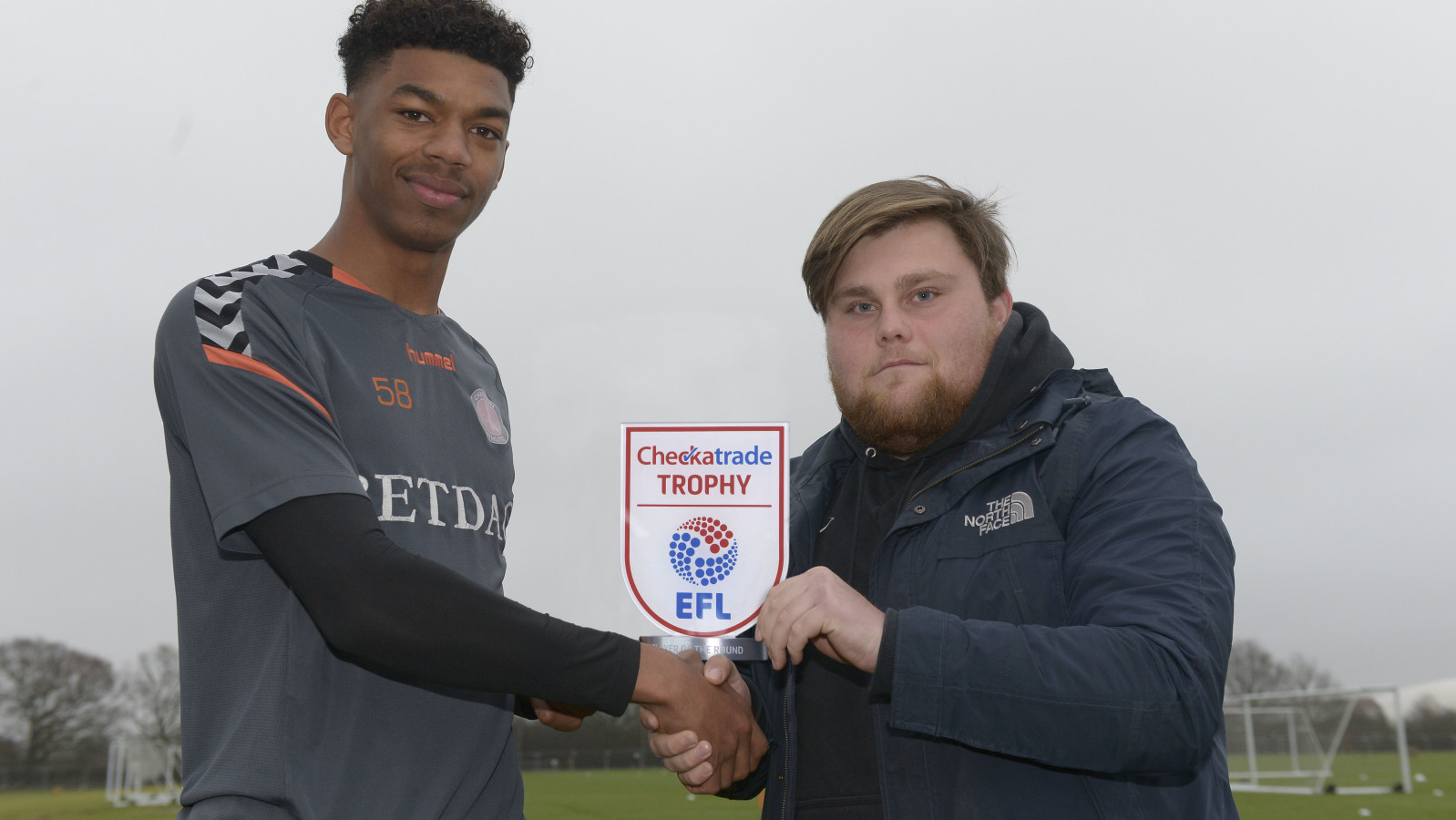 Reeco Hackett-Fairchild has been named as the Checkatrade Trophy’s Player of the Round.

The striker bagged two goals in the Addicks’ 3-2 win over Swansea City U21s at the Liberty Stadium earlier this month and, as a result, he has deservedly been recognised by fans.

He topped the EFL’s poll, which was open to all football supporters, and the 19-year-old is over the moon to have been awarded the accolade.

“It was an amazing feeling to get off the mark and now I want to get more goals,” said Hackett-Fairchild, who is one of seven youngsters to have made Charlton debuts this season. “Hopefully the two goals will be the first of many.

“The Checkatrade Trophy gives a chance for the boys to get a taste of men’s football, to perform in front of the gaffer and to show him what you can do. We know that if we do the right things and work hard then he’ll give us a chance.”

Academy Manager Steve Avory has been impressed with the progress Hackett-Fairchild has made since he joined the club last summer. He and his staff are very pleased for the young Addicks forward.

He said: “We’re delighted for Reeco. The fact that he has had the opportunity to play in the competition, as a number of our young players have this season, has been the real plus. He has really grasped his opportunity so far.

“It’s always our objective to get players through. The Checkatrade is a good opportunity for players to pick up some first team experience and we are once again pleased to show that there is a pathway here at Charlton. We have also got a manager who embraces young players and looks to give them their opportunities if they are good enough.”