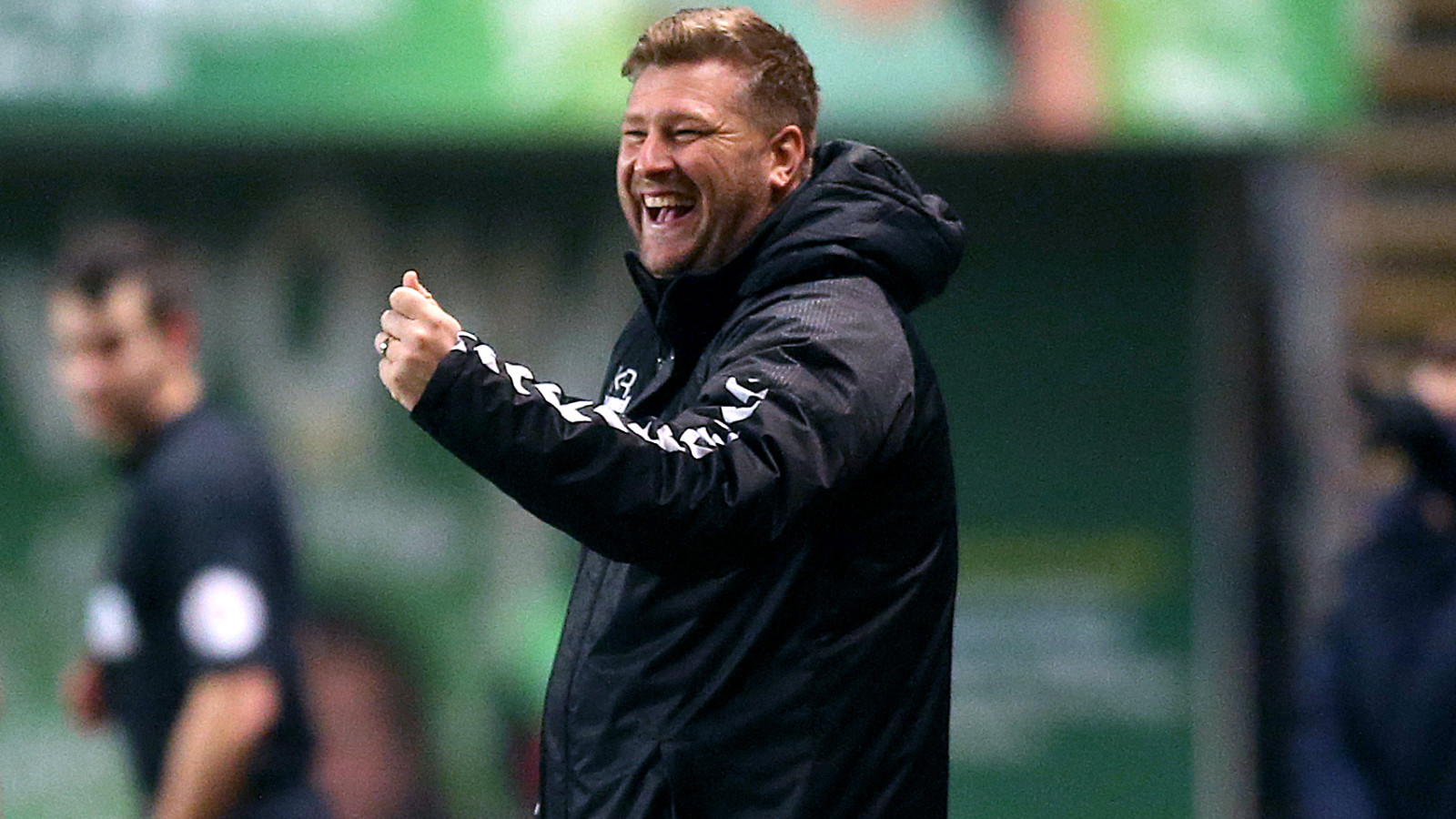 Karl Robinson spoke to the local media on Thursday morning to preview Charlton’s weekend clash against Walsall at The Valley (3pm).

As well as giving an update on the ongoing takeover talks, the Manager discussed the January transfer window, his side’s current form, Nicky Ajose and had some more positive news from the treatment room.

Supporters can watch his full-35-minute press conference on Valley Pass and, below, you can read the five key talking points.

“Tariqe has been back this week and he was on fire in training on Tuesday. He's our leading goal scorer and has been out for 10 to 12 weeks, so he's obviously been a big loss to us.

“He was part of our stringent recruitment process in the summer. We saw him as a real star for the future. Maybe we've been lucky with his injury; he's off people's radars at the moment. He is certainly going to give us a big impetus.

“We have a great mentality on the pitch. Jake Forster-Caskey has been brilliant - he shouldn’t have played on Saturday due to his hamstring issues but we were that desperate to use someone for the final 10 minutes. He said to me 'gaffer, we need to win this game and I don't care if I get injured' and that shows how much he cares about the club.”

“I’m not sure of on goings regarding the takeover. I’ve seen people be shown round the training ground and the facilities but I’m but unsure on names of consortiums. I know just as much as you do.

“There are still going to be many different obstacles to try and overcome and it’s concerning that the takeover talk is happening in the middle of January, as we need to bring in more players.

“I still don’t know if the takeover is going to happen in a week or five months, we’re in the dark over that.

“My job is to manage the team and everything above me will take care of itself.”

“As you know, we currently have no money available to bring in players permanently. The three loan players we have are doing really well here. Jay Dasilva has been one of our players of the season, Stephy Mavididi has been brilliant and so has Ben Amos, who has again been one of our top performers this season.

“Some of our main targets have gone but I feel the January transfer window always breaks into three sections. There are always the immediate signings that happen in the first 10 days of the window. Then there is a 10-day window for the clubs that are waiting for certain players to be sold, which always leads to manic spell at the end of the window for many clubs.

“I want to bring in some players on a permanent basis. We need players that will come here knowing that if they are promoted, they will be playing in the Championship for us next season. I don’t think three-month loans are always the answer or solve the problem in January.”

“Bury are still paying Nicky’s wages but he is back training with us this week and maybe next week while we decide what the future is for him. That’s it really and he won’t be involved on Saturday. He has to work hard and people have to prove themselves to me now.”

“We’ve won the last two games, we are back in the play-offs and with the players’ desire and togetherness, they deserve a pat on the back. Three wins at any level is difficult, so we’ve put ourselves in a good position to achieve that.

“The fans have been brilliant, they’ve been with us all year and have been there when needed. We needed to stand together and they have done so.”