Catch up with fit-again Tariqe Fosu on Valley Pass 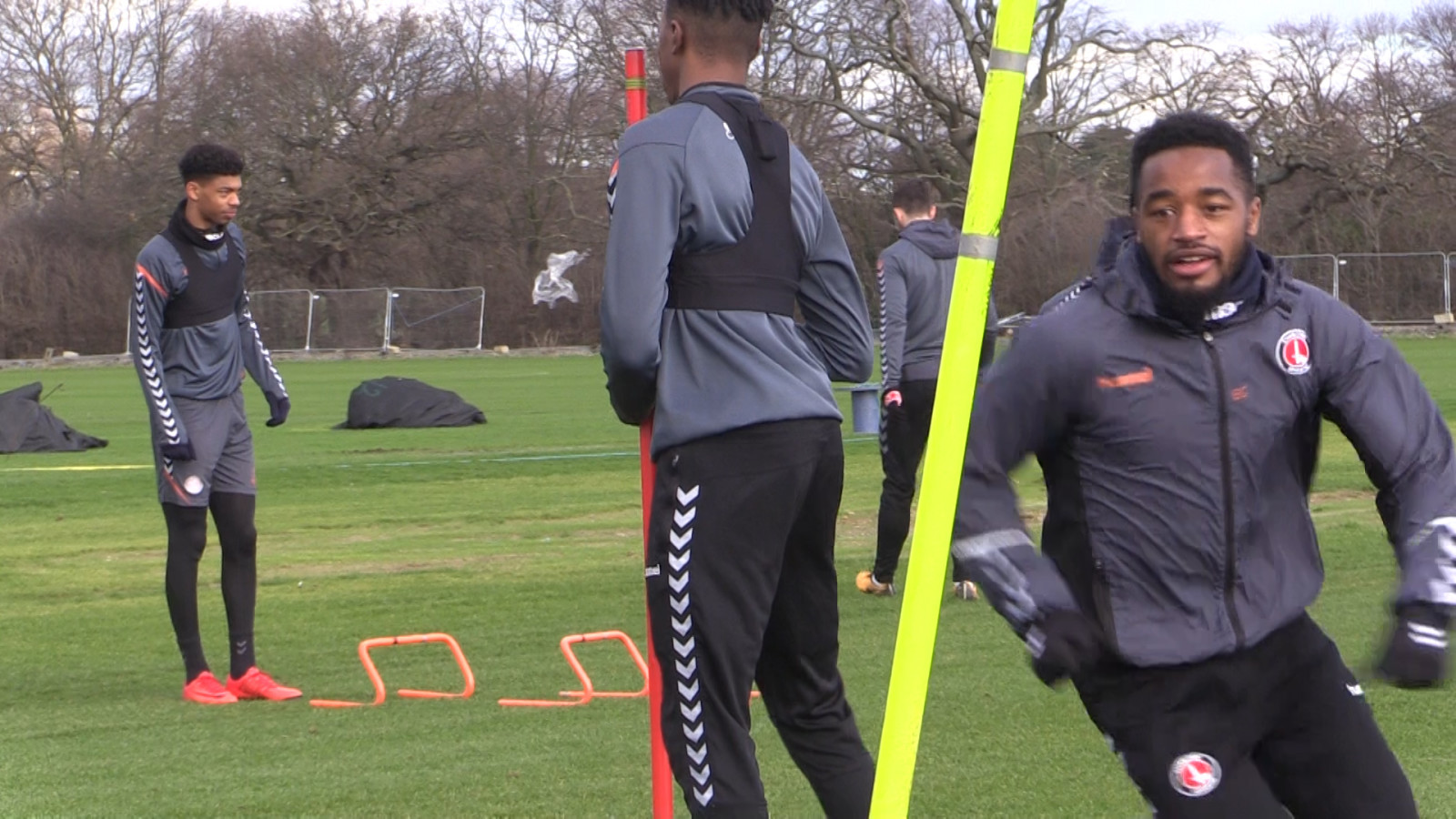 Tariqe Fosu’s return has come as a major boost to Karl Robinson’s Charlton squad, as he has been declared fit for Saturday’s match against Walsall at The Valley.

The tricky winger spoke exclusively to Valley Pass as part of this week’s edition of Behind the Scenes at the Training Ground on Valley Pass.

“It’s good to be back on the pitch, to be back amongst all the boys,” he said. “The atmosphere is good and we’ve just got to move forward from now.

“It was frustrating being out, especially with the period we were going through. I wasn’t able to be out there helping the boys but I’m back now and we’ve just had a couple of wins so hopefully we can continue and maintain it.”

Manager Robinson discussed the ongoing takeover speculation and the current situation regarding the January transfer window in his pre-match press conference on Thursday.

The boss also commented on Nicky Ajose’s return to training with Charlton, the fitness of Fosu and the Addicks’ current form.

Charlton and Walsall have met 33 times in all competitions in the past, with some high-scoring affairs and late drama being played out.

We have searched Valley Pass’ unrivalled Charlton archive and have dug-out five goals that the Addicks have scored against the Saddlers in the last quarter of a century.

Can’t make it to the game on Saturday? Valley Pass members can listen to live commentary of the match against Walsall as the Addicks look to make it three league wins from their last three.

• Highlights of the Walsall game from 12midnight following the game

• Extended highlights of the Walsall game from 12noon on Sunday