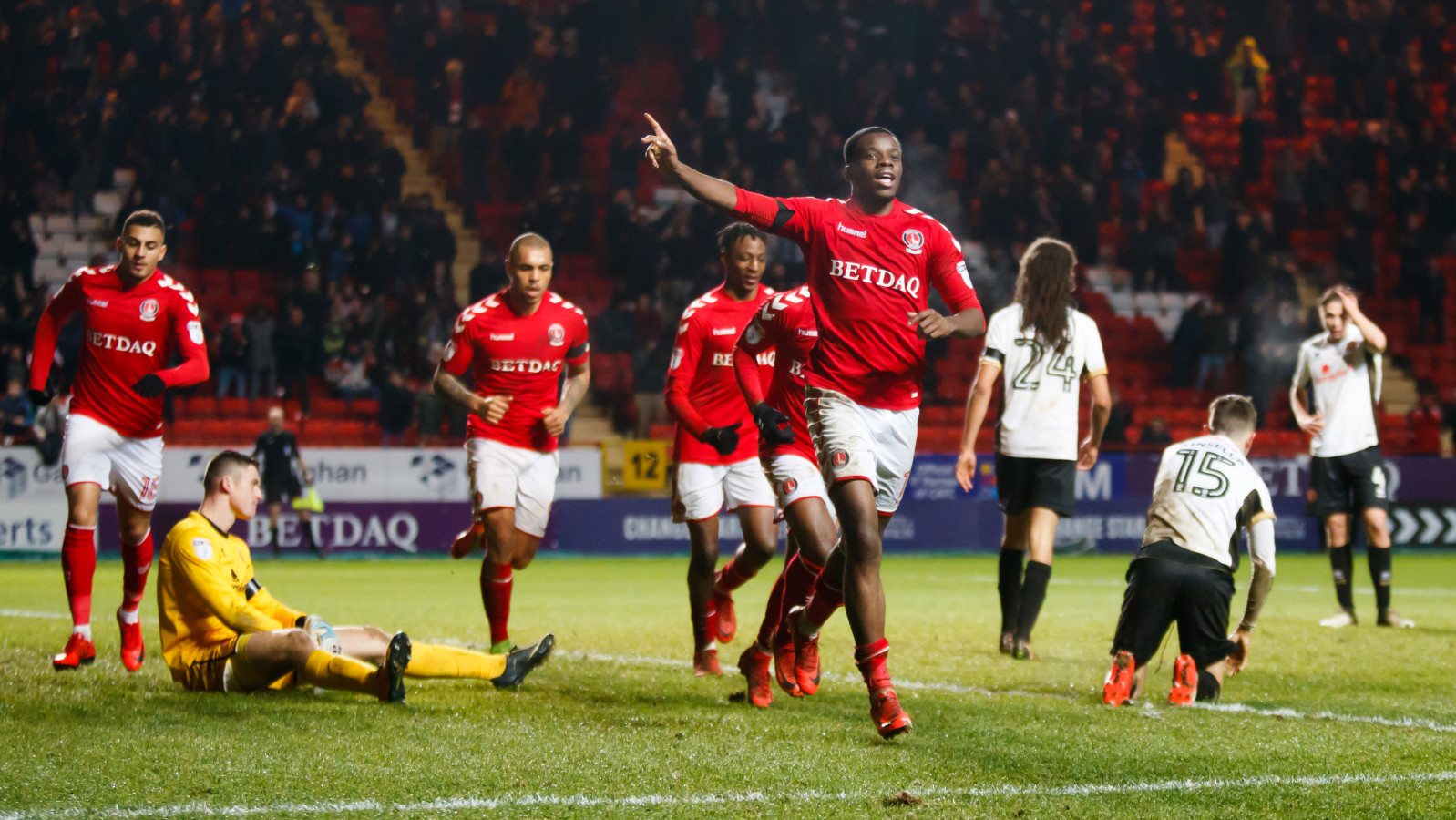 Charlton extended their winning streak to three with an impressive 3-1 home victory against Walsall.

Joe Aribo continued his fine form netting the Addicks opener, while Stephy Mavididi caused havoc throughout including a large contribution in a second half Kory Roberts own goal before he scored the Addicks third to give Charlton fans the opportunity for a free pint as part of the Heineken Hat-Trick promotion. Erhan Oztumer struck the Saddlers only goal of the game.

The Addicks welcomed back Chris Solly to the starting lineup replacing Anfernee Dijksteel as the only change from the team that beat Bury last week.

In the third minute Mavididi gave the Saddlers an early warning of what was to come when he got his first chance to run at the Walsall defence but his shot across the goal was well blocked.

In the next minute Ben Reeves got in behind the Walsall defence and his low, driven cross across the face was just cleared to safety.

Mavididi then had the Addicks first sight at goal when Chris Solly found him cleverly in a channel down the right wing. The forward swung his right foot at the ball from outside and his half volley never looked like troubling Liam Roberts in the Walsall goal.

The Charlton pressure continued with Reeves driving over from range in the 15th minute.

After a decent spell from Walsall, Liam Roberts had his first save to make in the 25th minute when Josh Magennis collected a long ball on left and advanced towards goal. His effort across the goal just inside the box was palmed wide by the away side’s stopper.

The Addicks took a 31st minute lead when Mark Marshall, moved over to the left after starting on the right, crossed left footed to the back post. The ball just missed Magennis but was passed into the bottom corner of the net by Aribo.

In the 35th minute Mavididi rattled the crossbar with a rasping right-footed effort from outside the area from an Aribo pass.

Reeves was next to test the Walsall defence and after some neat work dragged his effort too close to Liam Roberts.

Amos had his first save of the game to make in the 36th minute when Tyler Roberts drove straight at him from just inside the area.

Walsall got a 41st minute equaliser when Erhan Oztumer arrived late in the box to head a good Luke Leahy cross into the bottom corner of the net.

There was still time for Mavididi to have another dangerous run before the break but the two sides went in level at 1-1 at half-time.

Walsall had a chance early in the second half when Joe Edwards caught Harry Lennon on the ball. Ezri Konsa got back well to prevent Amadou Bakayoko tapping into an empty net and the ball came back to Edwards whose shot hit the Addicks crossbar.

Immediately at the other end Charlton had the chance to take the lead when Reeves played a lovely through ball to set Magennis free. The striker’s shot with his second touch was too close to Liam Roberts.

That was to be Reeves’ last action of the game as he was replaced by Tariqe Fosu returning for his first league game in two months, the substitute looked like he hadn’t been away in an impressive cameo.

Fosu had his first shot on goal in the 59th minute when Aribo found him on the left wing. The winger faked cutting in on his right and struck a left-footed effort powerfully at Liam Roberts who scrambled it away.

Mavididi forced another decent save from Liam Roberts after winning the ball well in the Walsall penalty box. The forward drove at goal when maybe a pass to an unmarked Aribo would have been the better choice.

At the other end Leahy’s flicked header at the near post was saved by Amos and in the 67th minute Lennon blocked well to deny Bakayoko.

In the 69th minute Magennis did well to flick a Marshall corner towards goal but the ball clipped the post and bounced away to Fosu whose shot went high over the bar.

In the 71st minute Walsall had two brilliant blocks on the line one from Liam Roberts to deny Aribo and one from a defender on the line to stop Lennon.

After all the pressure the Addicks got the goal they deserved albeit through slightly fortunate circumstances. Dasilva, outstanding as ever at left-back, claimed the ball brilliantly and weighted the perfect through ball to Mavididi who sped away from his defender towards and onrushing Liam Roberts. Just as he pulled his foot back to shoot Kory Roberts made a last ditch tackle and knocked past his own goalkeeper.

Marshall had a great chance to make it 3-1 in the 83rd minute after a fantastic piece of skill by Fosu on the left took him away from his defender. The substitute cut his cross back to the edge of the box where Marshall had plenty of space but he drove his first time effort, from just inside the box, well over the crossbar.

Mavididi sealed the Addicks win after reacting quickly to a beautiful Fosu touch to set him free and driving with purpose into the box. The winger tucked the ball past the onrushing Liam Roberts to secure the Charlton win, his second goal in as many home games since his return to the club earlier this month.