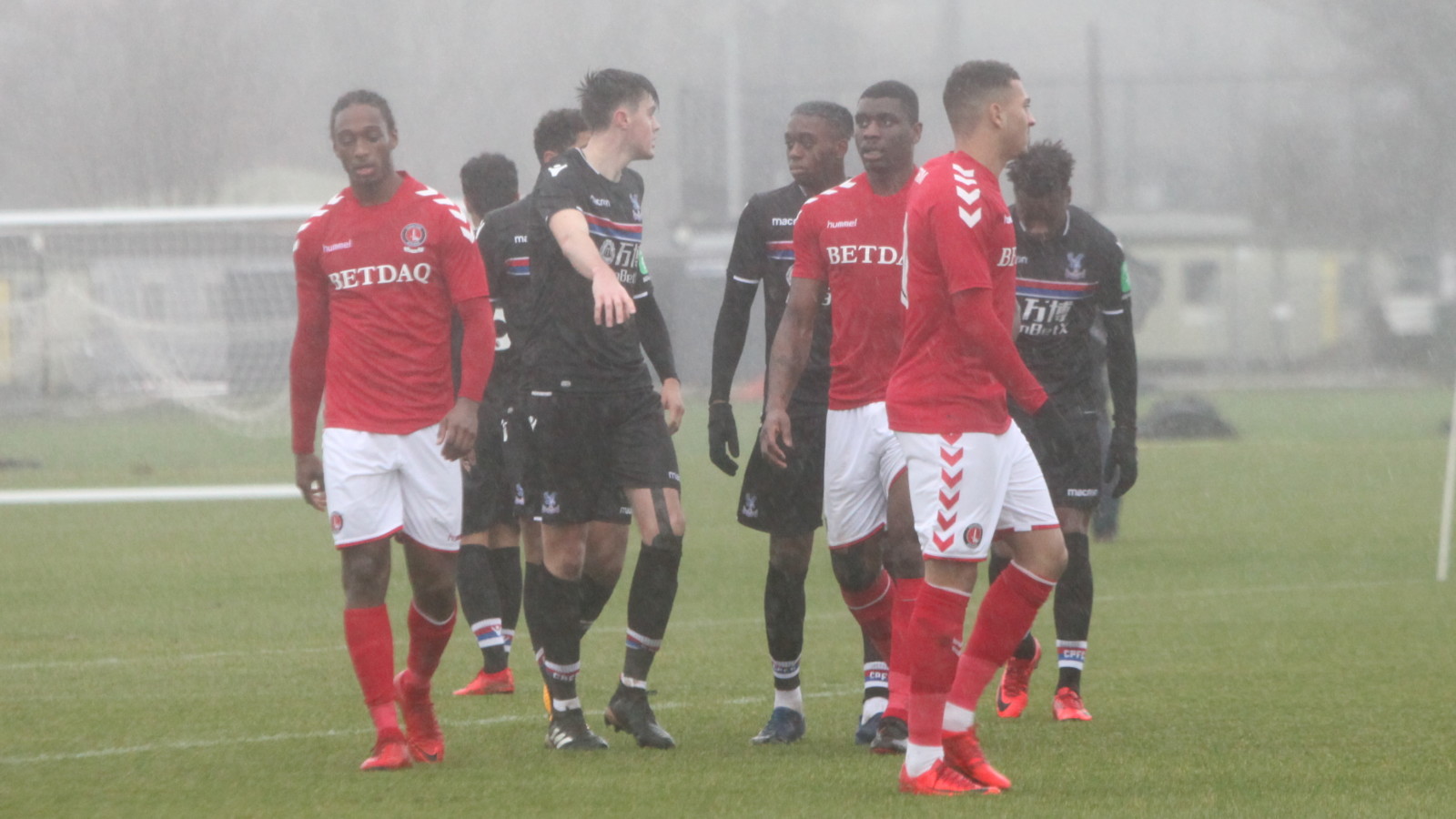 Charlton U23s' Professional Development League 2 South clash against Crystal Palace was abandoned after 32 minutes at Sparrows Lane on Wednesday afternoon due to a waterlogged pitch.

The pitch had been playable up until kick-off but an intense downpour during the first half an hour resulted in the ball struggling to roll cleanly.

Following an early shot from the Addicks' Louis Yamfam, Palace took the lead through Freddie Ladapo, who poked home from close range after Aaron Wan-Bissaka had helped on a corner.

Jason Euell's side lost Jamie Mascoll to a shoulder injury on 23 minutes and three minutes later fit-again Karlan Ahearne-Grant - using the match to get some minutes under his belt - stung the palms of Eagles stopper Dion-Curtis Henry with a low free-kick.

Shortly afterwards the pitch was deemed no longer playable and the match will now be rearranged for a later date.