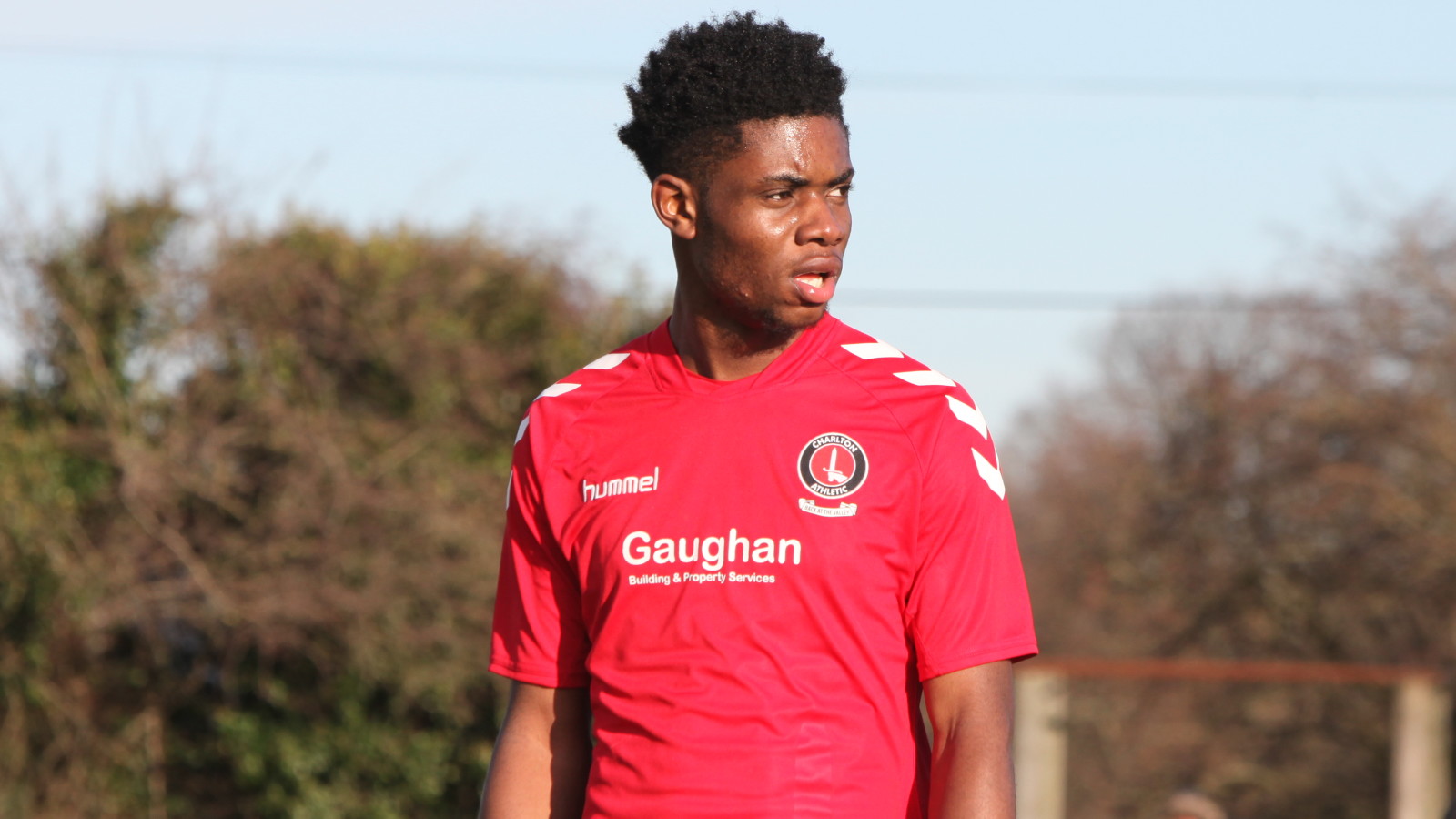 Kareem Isiaka stole the show with a first-half hat-trick as Charlton's U18s ran out 5-3 winners over QPR at Sparrows Lane on Saturday morning.

The Addicks were unable to clear their lines in the 19th minute when QPR striker Jardel Francis-Adeyinka poked the ball past goalkeeper Ed Harvey from close range to give the visitors the lead.

Charlton responded almost immediately. Jordan Zemura took the ball down the left-hand side and drilled a low cross into the box for Isiaka to finish with ease to bring the tie level.

In the 35th minute, Hoops youngster Amrit Bansal-McNulty made a sensational weaving run through the midfield and found himself on the right side of the box, before whipping a cross into the box which Charlton keeper Harvey unfortunately spilt into his own net.

But the Addicks showed their team spirit as they bounced back straight away. Luke Carey crossed the ball into the prolific Isiaka who volleyed home from inside the box to level the tie once more.

Isiaka scored his best of the bunch in the 38th minute when the striker broke through and turned his defender inside out, before slotting the ball into the far corner to complete his first half treble.

Straight after the break, Alex Willis broke through the Hoops' defensive line and chipped the keeper from the edge of the box, as the Addicks picked up from where they left off.

It was the same story once again in the 59th minute when the Addicks goalkeeper Harvey played a long ball that Willis chased onto, which put the striker one on one with the keeper. He coolly finished the chance as it went in off the right-hand post to put the hosts firmly in front.

Charley Kendall scored a late conciliation goal for the visitors in the 81st minute, but it was to be the Addicks day as they ran out 5-3 winners.