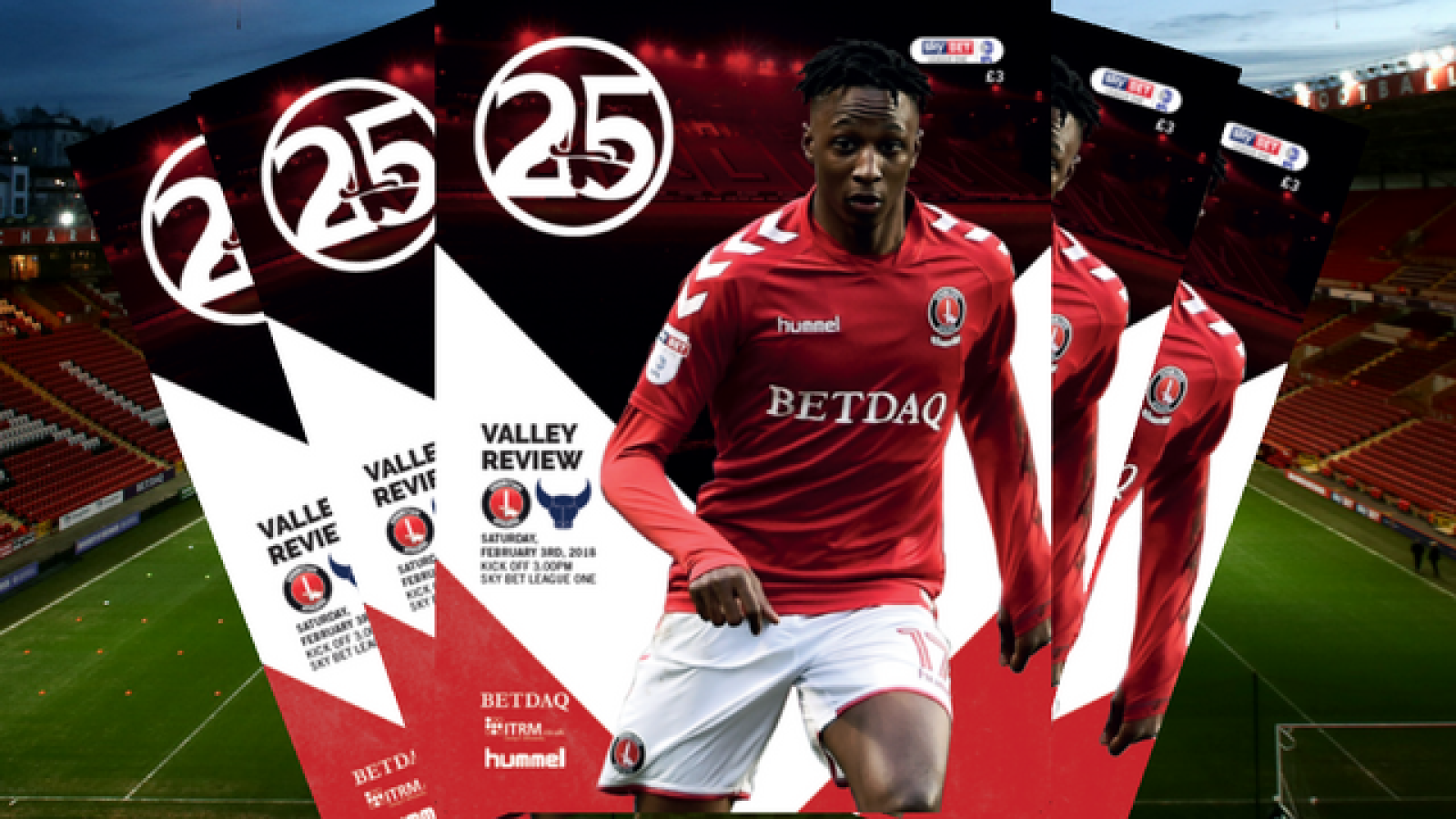 Joe Aribo is the latest Addick to star in the official matchday programme as he provides the feature interview for Saturday’s visit of Oxford United.

The young midfielder has been in fine form in recent weeks and, in an exclusive chat with Valley Review, he discusses his first year of senior football, the influence Lee Bowyer has had on his progression and why his recent prowess in the box is not matched by his ability in the kitchen, as seen recently on Valley Pass!

Elsewhere, Karl Robinson reflects on the January transfer window and we also hear from new boy Sullay Kaikai who talks about his loan move across south London.

There is also a special feature with Richard Wiseman, chair of the Charlton Athletic Supporters’ Trust, who takes an in-depth look at safe standing, while we meet resident Addicks YouTuber Jamie Boxall in the latest Fan Focus.

Meanwhile, Rob Harris, of Proud Valiants, discusses Football v Homophobia which is being celebrated in SE7 on Saturday.

The countdown of the most memorable Valley moments of the last 25 years continues with a look back at a bizarre incident in 2001 which saw hundreds of merchandise catalogues be thrown onto the pitch and Shaun Bartlett is the next Valley Hero to be profiled.

There is a round-up of all the latest academy action with reports from the U23s and free-scoring U18s who both enjoyed good victories over the last week, while there’s also action from the equally-prolific women’s team.