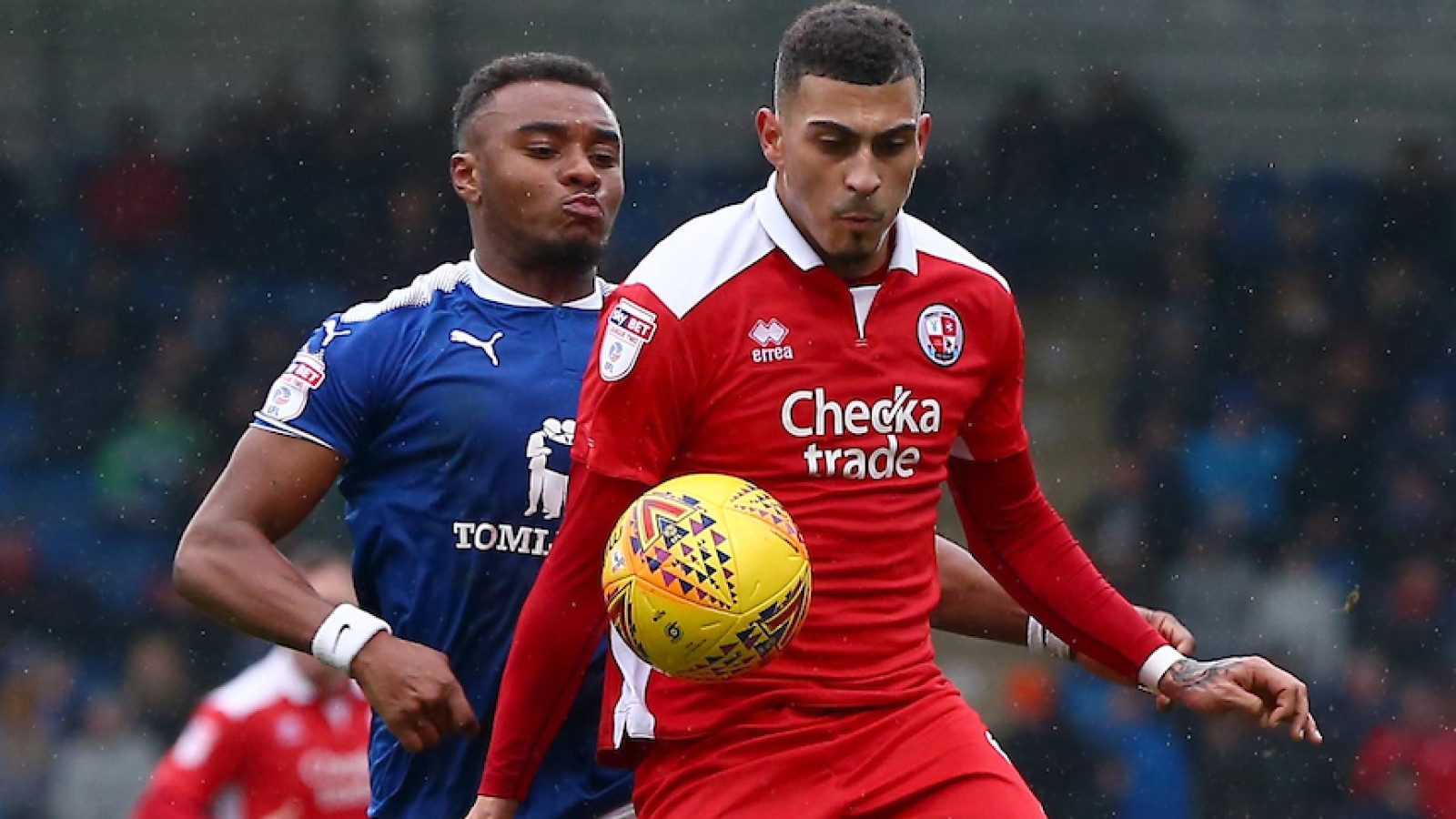 Karlan Ahearne-Grant was the stand-out performer in Crawley Town's last-minute victory over Chesterfield on Saturday. Ahearne-Grant played on the left-wing for the Reds and, within the first few minutes of the game, he made an instant impact.

The youngster - who joined Harry Kewell's side before the transfer window shut on Wednesday - took the ball from the half-way line and beat three defenders, before seeing his shot blocked on the edge of the 18-yard box.

Ahearne-Grant's bagged a debut goal in the 57th minute when he made a run in behind the defensive line before cutting in onto his right foot and unleashing a thunderous strike that darted into the corner of the net, to put the Reds on level terms.

Ahearne-Grant was substituted in the 86th minute and his side went on to win 2-1 through a 92nd minute strike from Lewis Young.

Brandon Hanlan played the full 90 minutes on his return to Bromley, as his side drew 1-1 in the FA Trophy with Workington.

The winger produced a moment of magic late on in the second half when he beat his man on the edge of the box and saw his outside of the foot effort bend just wide of the far post.

Bromley's replay will be contested on Tuesday night at Hayes Lane.

Archie Edwards played 60 Minutes in Eastbourne Borough's 4-1 victory over Hungerford. The defender put in a solid display and was replaced 15 minutes into the second half by Shaun Okojie.

George Lapslie wasn't involved in Chelmsford City's victory over Chippenham Town on Saturday. The central midfielder will be hoping to be involved next weekend when his side travel to Dartford.