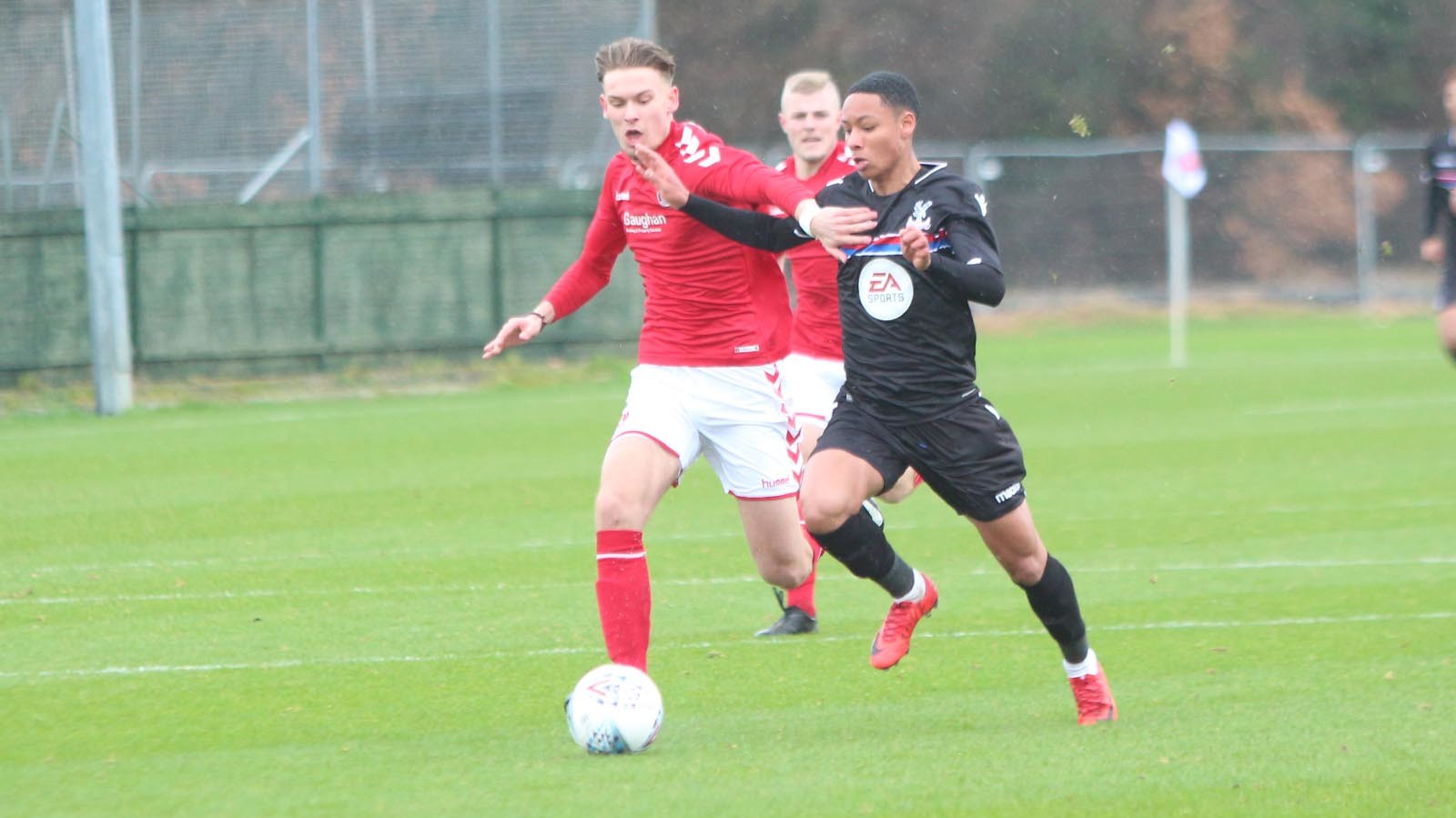 Brendan Sarpong-Wiredu scored the only goal of the game as Charlton's U18s ran out 1-0 winners over rivals Crystal Palace on Saturday morning.

The Addicks took the lead in the 12th minute when Alfie Doughty put a delightful, looping cross into the box that Sarpong-Wiredu managed to get onto the end of. The youngster headed the ball into the left-hand corner of the goal, beating the Eagles goalkeeper Oliver Webber at full stretch.

The visitors looked for a response and started to put the pressure on the hosts. Winger Joseph Hungbo managed to beat his man on the edge of the box with a silky piece of skill, before seeing his cross cleared by the Addicks defence.

Charlton came close to making it 2-0 after some lacklustre Palace defending when Luke Carey played a neat one-two with Kareem Isiaka. He then saw his drilled cross cleared away by Palace defender Jude Russell.

The Eagles started the second half brightly. Winger Ryan Hanson sprinted from the half-way line to the edge of the area before setting up Rob Street, who blazed his effort just over the bar.

The visitors then failed to capitalise upon a miss-kick from Addicks goalkeeper Ed Harvey. David Boateng went through on goal and drilled his effort into the hands of Harvey.

Charlton were caught on the counter late on in the second half after some fine work once again from Boateng once set up Hanson, who put his effort into the side netting.

It was then Charlton's turn to catch Palace off guard when Addicks left-back Jordan Zemura made a fine run down the wing to put Doughty through on goal but he saw his close-range effort saved by the goalkeeper.

The hosts thought they had wrapped up the three points with five minutes to go after Dan Birch's cross found its way to Doughty on the edge of the 18-yard box. The latter fired a low effort towards the left-hand corner but it was kepy out by Webber. Alex Willis was also denied by the goalkeeper from close range on the rebound, forcing the stopper into a fantastic double save.