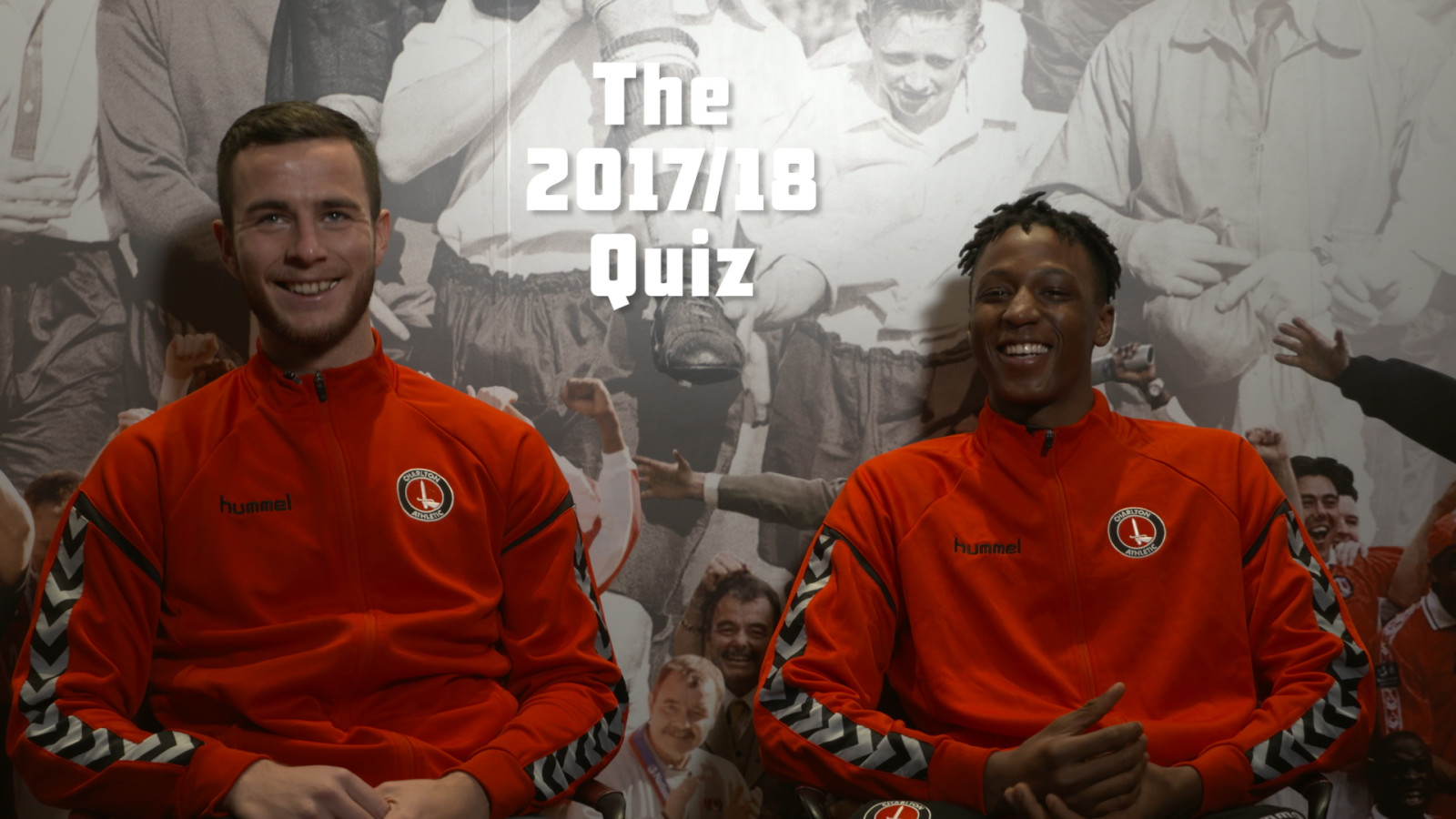 How well have the Charlton squad been paying attention so far this season?

Ahead of this month's Charlton Quiz Night in aid of Prostate Cancer UK - for which tickets remain available - we have put Harry Lennon and Joe Aribo to the test.

The duo attended an Equality & Diversity Seminar at The Valley recently and, after answering questions from local schoolchildren about their careers so far, they were then quizzed on the 2017/18 campaign.

The Charlton Quiz Night in aid of Prostate Cancer UK is being hosted at the Marriott Hotel in Bexleyheath by Sky Sports' Scott Minto on Monday, February 26th (7-10pm).

A host of former Charlton greats, as well as Karl Robinson and his backroom staff, will be competing, giving fans the chance to test their pub-quiz knowledge against them.

As well as containing familiar pub-quiz rounds, such as a music and sport, the quiz will also feature special Charlton rounds including a picture round and what-happens-next round.

Tickets for the event are priced at £10 per person and one hundred per cent of ticket sales will be donated to Prostate Cancer UK. Tickets can be purchased online, in person from the Valley Superstore or by phone.

Charlton supporters are encouraged to enter teams of up to 10 people but smaller teams and individuals are also more than welcome to attend and compete. On the night, fans will be asked to give £1 per team member to the prize pot.