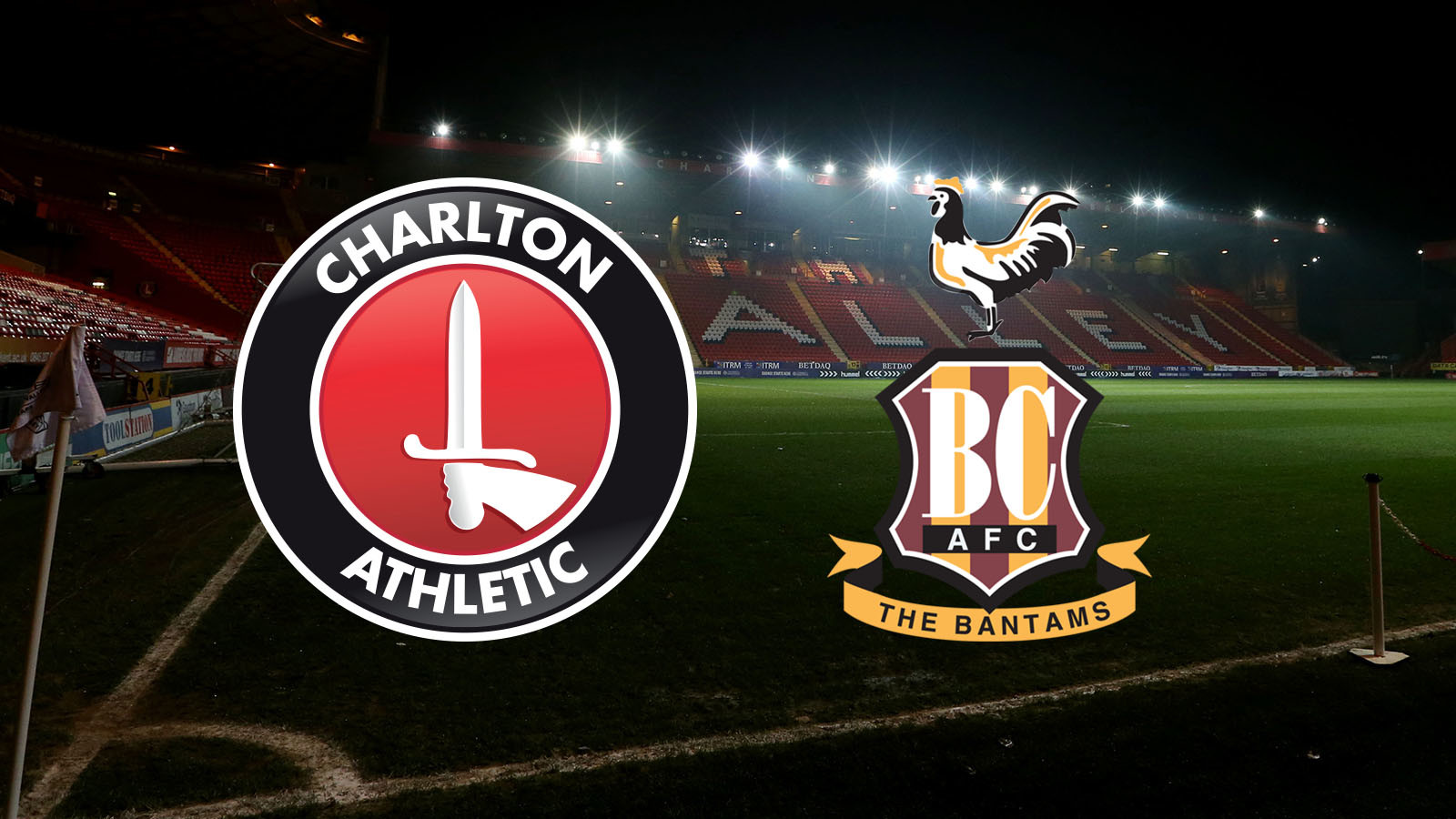 Charlton host Bradford City in a promotion six-pointer at The Valley on Tuesday night (7.45pm).

Just one place and two points separate the Addicks and the Bantams in the Sky Bet League One table, with tonight’s visitors currently occupying the final play-off place.

Both sides have stuttered of late and Bradford will arrive in SE7 with a new Manager at the helm. Following a run of five successive league defeats, Stuart McCall was dismissed and has been replaced by Simon Grayson, who already has three League One promotions on his CV.

Charlton were victorious at Valley Parade earlier this season and, having endured late disappointments in their last two matches, Karl Robinson’s side will be determined to record a league double over their promotion rivals.

Tickets for the match remain on sale and you can get yours online up until 5.45pm by clicking here

Jason Pearce played 70 minutes for Charlton’s U23s on Monday but is not yet eligible for selection. Lewis Page also featured in that match for Jason Euell’s side. Stephy Mavididi and Naby Sarr are both sidelined with hamstring injuries and former Bantam Billy Clarke remains out with his long-term knee injury.

For Bradford, defender Matt Kilgallon is suspended after being sent off in Saturday’s draw with Bury. Nicky Law could return following illness but Jake Reeves is out with a pelvis injury.

Charlton and Bradford have met 25 times in the past, with the Addicks coming out on top on eight occasions. There have also been six draws and 11 wins for the Bantams.

The last time to two sides met came in October at Valley Parade. Jake Forster-Caskey notched the only goal of the game as Karl Robinson’s side earned a 1-0 win.

To watch highlights of that match on Valley Pass, please click here

Nicholas Kinseley will take charge of Tuesday night’s clash at The Valley.

He will be supported by linesmen Leigh Crowhurst and Thomas Ramsey and fourth official Gavin Ward.

Tickets remain on sale for Tuesday's clash at The Valley and prices start at:

Supporters can, as always, take advantage of the early-bird rate up until 5.45pm on the day of the game, with matchday prices being introduced after then.

The North Stand’s free entry supporters’ bar will be open as usual, with its doors opening from 5.30pm.

All season ticket holders and Charlton fans with match tickets are welcome to visit the Fans’ Bar and supporters can purchase food and drinks in there. On Tuesday, Sugar Smart pancakes will be available to purchase before kick-off.

A special, half-term Family Activity Zone will be running before Tuesday’s clash against Bradford.

Open from 6pm, young Addicks can warm up for the match by playing FIFA, table tennis and pool, while Sugar Smart activities will also be taking place.

Fresh fruit, fruit coulis and sugar free yoghurts will be available in the Zone. For more information on the FAZ, please click here.