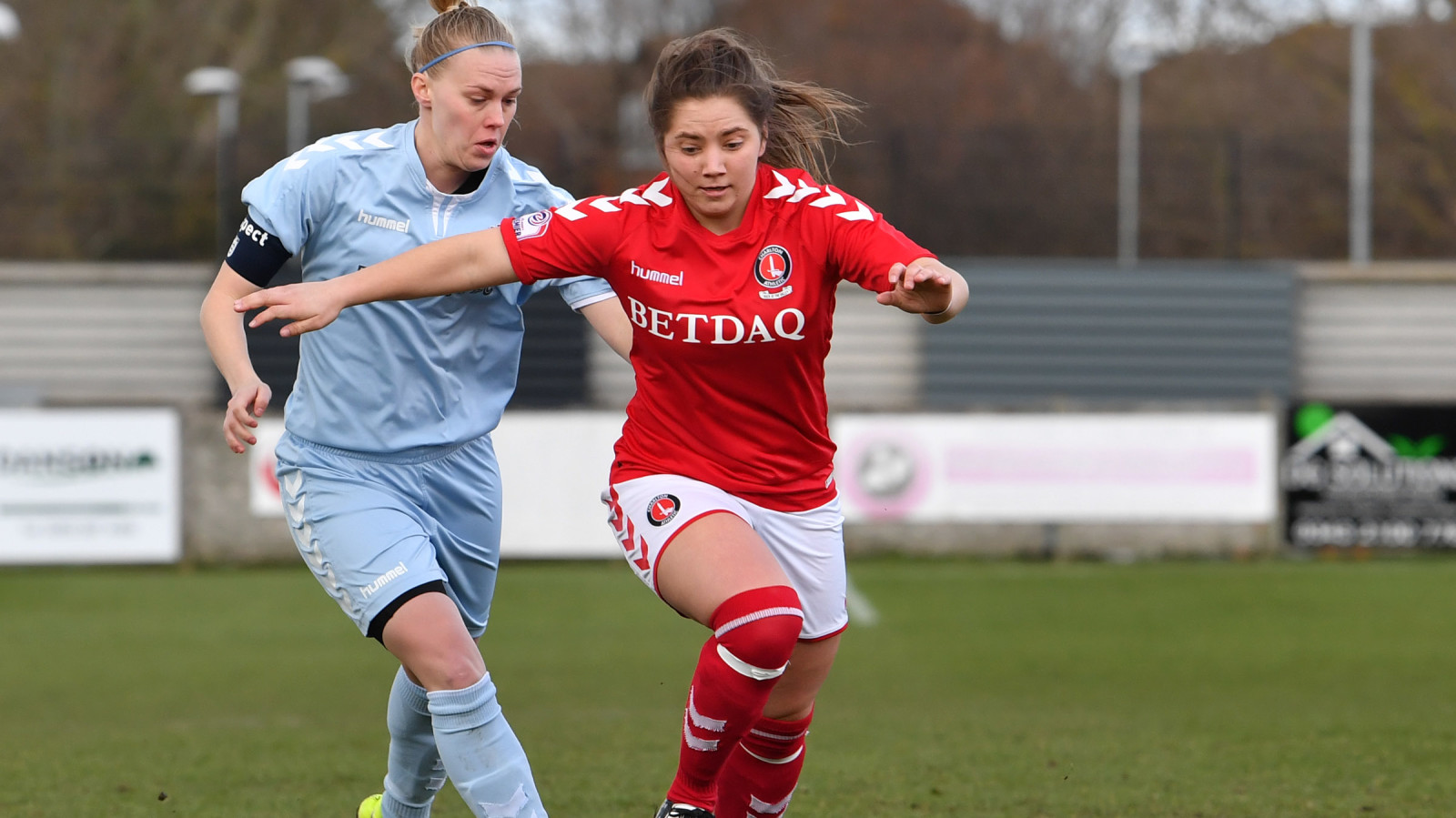 The Charlton women's team were knocked out of the FA Women's Premier League Cup by Lewes on Sunday.

The Addicks started the game brightly and in the sixth minute a pin-point cross from Charlotte Lee found Kit Graham, whose header went just wide of the Lewes goal.

On 21 minutes, it was Lewes who took the lead when Sarah Kempson struck an excellent shot from 20 yards that flew past Katie Startup and into the bottom corner.

Charley Clifford hit a powerful shot from 25 yards 10 minutes later but it went inches over the bar. The Addicks battled on at 1-0 down with Clifford again involved in the action, creating a fantastic chance for Graham, who fired a half-volley just over the bar on 33 minutes.

Charlton's attacking persistence paid off on the 37th minute when Lewes failed to clear their lines from a corner and Graham fired home from 10 yards out to bring the scores level.

The final action of the first half saw Startup make a fantastic save, tipping a rocket of a shot from Kempson onto the frame of the goal.

Lewes were quick off the mark after the interval and forced another good save from Startup in the 53rd minute after Charlton had lost possession in midfield.

In the 77th minute, Lewes won a free-kick on the very edge of the box. However, they couldn't capitalise and fired the ball well over of Startup's goal.

The game went into extra-time and Charlton's legs were understandably tired after last week's triumphant battle against Blackburn, which also saw the Addicks play an extra half an hour.

The game remained level until the second half when, with 10 minutes remaining, Kempton scored the winner for Lewes with an almost identical shot into the bottom left of the Charlton goal.