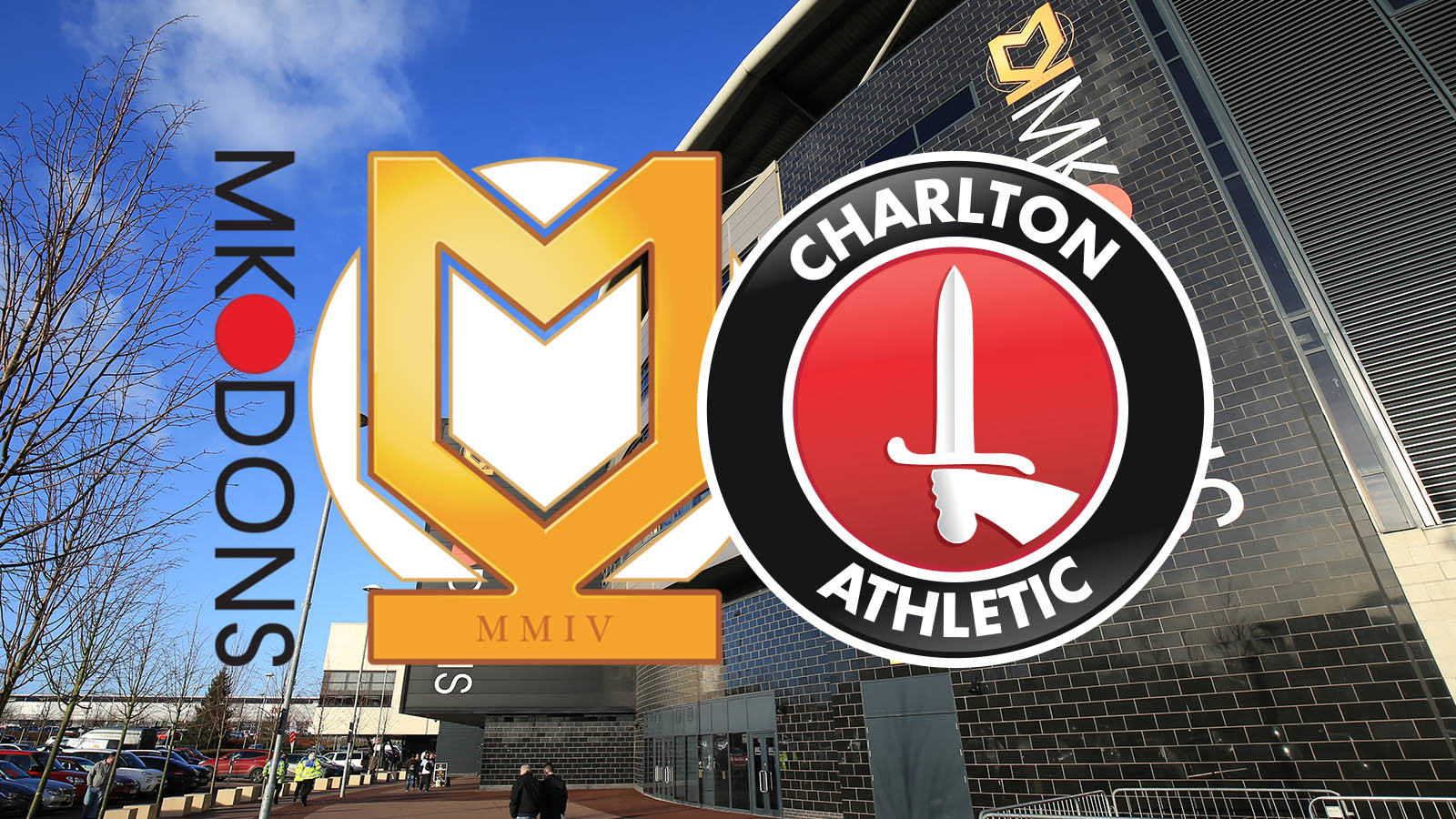 Charlton will be hoping to return to the Sky Bet League One play-off places on Saturday when the travel to MK Dons (3pm).

The Addicks picked up a point - and were unfortunate not to win - against sixth-placed Bradford City on Tuesday night and a victory at Stadium MK will see Karl Robinson’s squad return to the top six.

The match will be Robinson’s third return to his old home ground with Charlton, having taken charge of 346 matches at MK Dons between 2010 and 2016.

The Buckinghamshire club, now under the stewardship of former England U16s coach Dan Micciche, are currently in the relegation zone and sit six points from safety, though they do have two matches in hand.

Jason Pearce played 70 minutes for Charlton’s U23s on Monday but is not expected to travel with the squad to Stadium MK.

Billy Clarke and Stephy Mavididi remain sidelined with knee and hamstring problems respectively but Naby Sarr and Lewis Page could both be included in Karl Robinson’s matchday squad after recovering from injury. Ben Reeves is expected to return to the Addicks’ squad.

For MK Dons, midfielder Alex Gilbey has been ruled out for the rest of the season with a knee injury. Chuks Aneke is a doubt with a hamstring complaint and Peter Pawlett is also being monitored with a groin injury.

Charlton Milton Keynes Dons have met each other 14 times in the past, with the Addicks coming out on top on six occasions. There have also been four draws and draw wins for the Buckinghamshire club.

The last time the Addicks visited Stadium MK in Sky Bet League One, Karl Robinson’s Charlton came out on top. Ademola Lookman netted the only goal of the game and you can watch the highlights from that match on Valley Pass by clicking here.

So far this season, he has overseen 20 matches - 12 of which have come in the top flight - where he has brandished 68 yellow cards and two reds.

He will be supported by linesmen Richard West and Adrian Holmes and fourth official John Busby.

838 tickets had been sold by the time they went off sale on Thursday afternoon and they will be available to buy from Stadium MK from the ticket office between gates three and four. They are priced at: