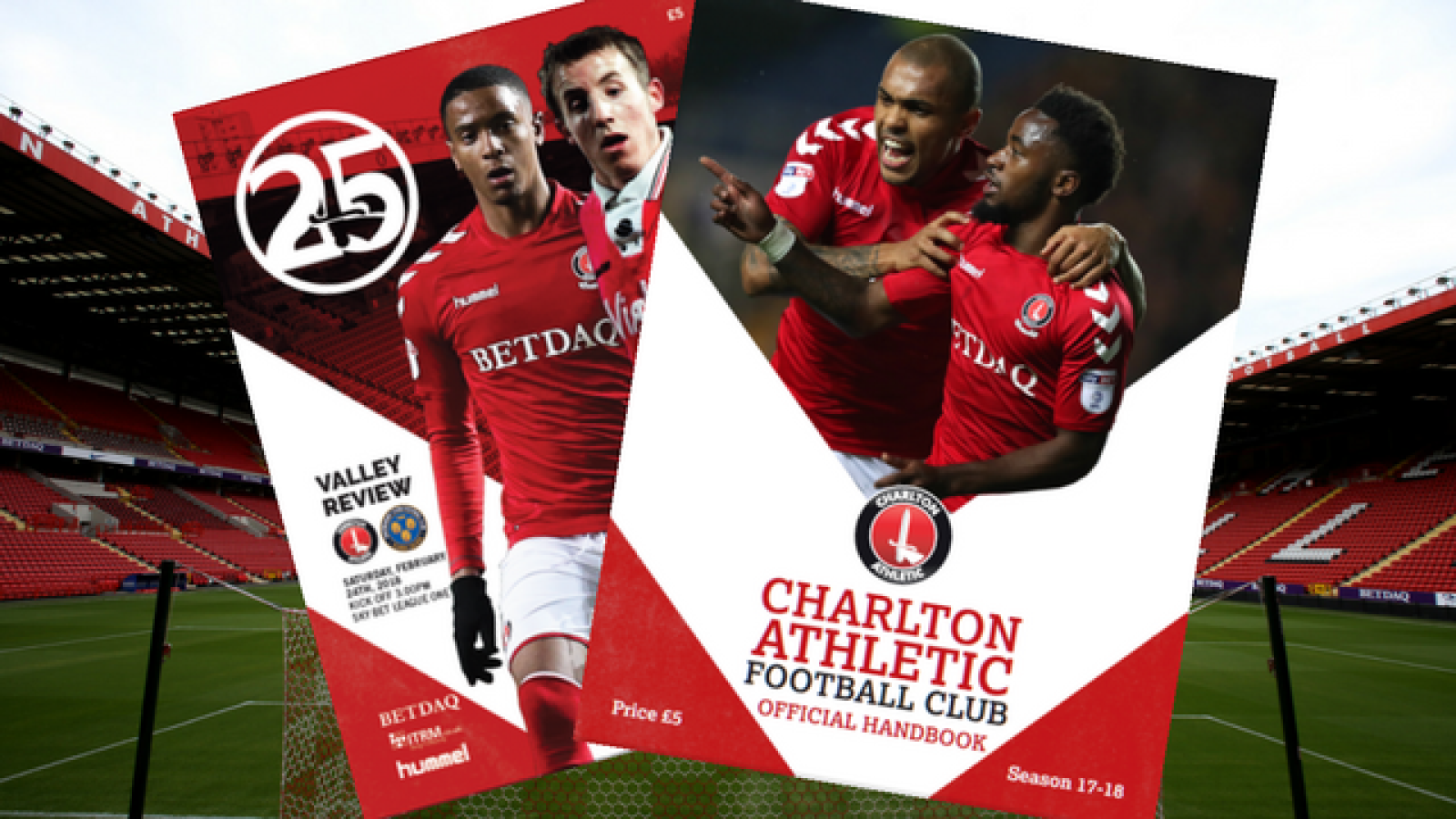 Saturday’s official matchday programme is the biggest edition in over 10 years, with the massive 144-page bumper edition incorprating the club’s 2017/18 handbook.

The annual handbook is a long-running tradition and a favourite amongst supporters and, having been delayed since the summer, is this season returning to being combined with Valley Review having been released as a standalone publication last year.

A definitive guide to all things Charlton, the handbook features in-depth profiles of every player at first-team, U23 and U18 level and includes all the facts and stats for all three teams’ 2016/17 seasons and comprehensive statistics of every player that has ever played professionally for the Addicks’ first-team.

As well as that, all the usual, updated information in featured, such as Charlton’s full record against every league club, how successful each manager in the club’s history has been and a look at every player who has represented the club on the international stage.

Meanwhile, on the flipside of the handbook, the latest edition of Valley Review takes a special look at the club’s youth setup as we celebrate Academy Day in SE7 for the visit of Shrewsbury Town.

A very special main feature sees former academy graduate and current Assistant Manager, Lee Bowyer, sit down with current Addicks starlet Ezri Konsa as they interview each other about the differences and similarities of coming through the club’s renowned academy more than two decades apart.

Sticking to the Academy Day theme, there is a four-page look at Valley Gold and the important part its members play in the club’s future, Steve Avory reflects on another successful year for the academy and there are full reports from both the U23s’ and U18s’ victories over Ipswich Town over the last week.

Elsewhere, Karl Robinson pens his latest notes as he looks back on a good performance away at his former club last weekend and the Fans Focus section tells the story of one very brave young Addick named Jack Jeffreys who is fighting cancer.

All that and more can be found in the biggest programme of the season, available to purchase from in and around the ground, as well as in the Valley Superstore for £5.

Supporters who are unable to attend Saturday’s match, but would like to purchase a copy of the 2017/18 club handbook, can also email lewis.uphill@cafc.co.uk or call 0330 14 44 44. Alternatively, the handbook will be available to purchase for the Valley Superstore for the remainder of the season.